10 Most Popular British New Vehicles for 2021

In honour of Canada’s first long weekend of the summer, here are the top-selling British-branded new vehicles so far in 2021.

Is there a better way to kick off the rare, warmer months of the year than the Victoria Day long weekend? On the Monday before May 25th each year, the day honours the birthday of Queen Victoria (1837-1901). The Victoria Day holiday is also observed as a day for car enthusiasts to get out and enjoy what will arguably be the first weekend to make the drive to the cottage or a road trip that doesn't involve dealing with nasty winter weather conditions.

To celebrate, we’ve pulled together 10 of the best-selling new British-branded vehicles in Canada*. Keen observers will note that much like the decline of the British Empire, foreign entities own the majority of British automotive brands. For example Jaguar and Land Rover are run by India’s Tata Group, Mini and Rolls-Royce are owned by Germany’s BMW, and Bentley’s parent is the Volkswagen Group. 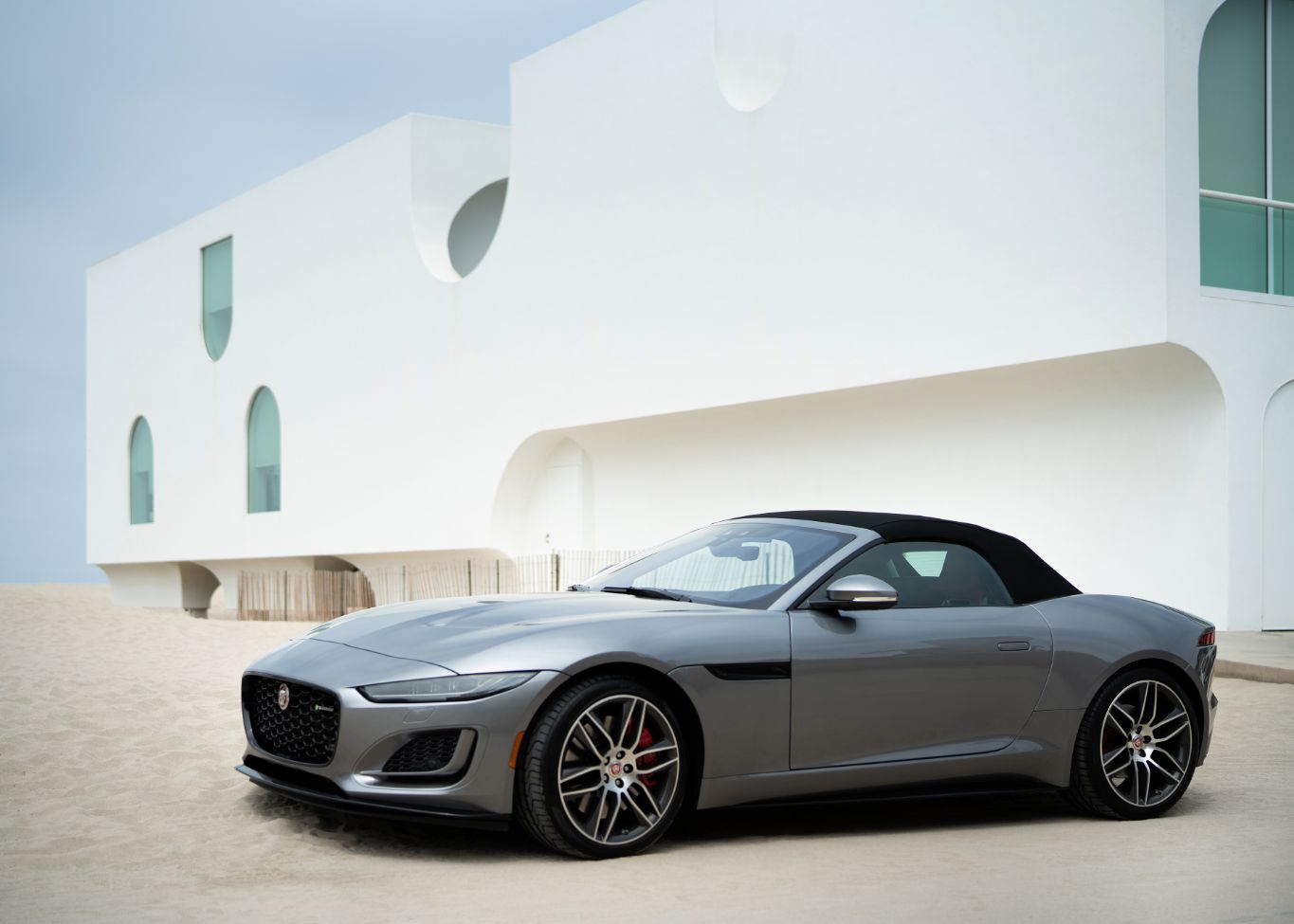 The Jaguar F-Type is a modern luxury sports car with a classic pedigree. Available as a 2-passenger coupe or a convertible, the F-Type effectively is the classic Jaguar E-Type brought into the modern era. With 52 examples sold during the first three months of 2021, F-Type sales are up 10.6% based on a year-over-year (YOY) basis. For 2021, the F-Type sports a new hood with revised vents, plus different bumper caps and LED headlights that are thinner and more horizontal. Inside, the significant change is a new interactive digital instrument panel. 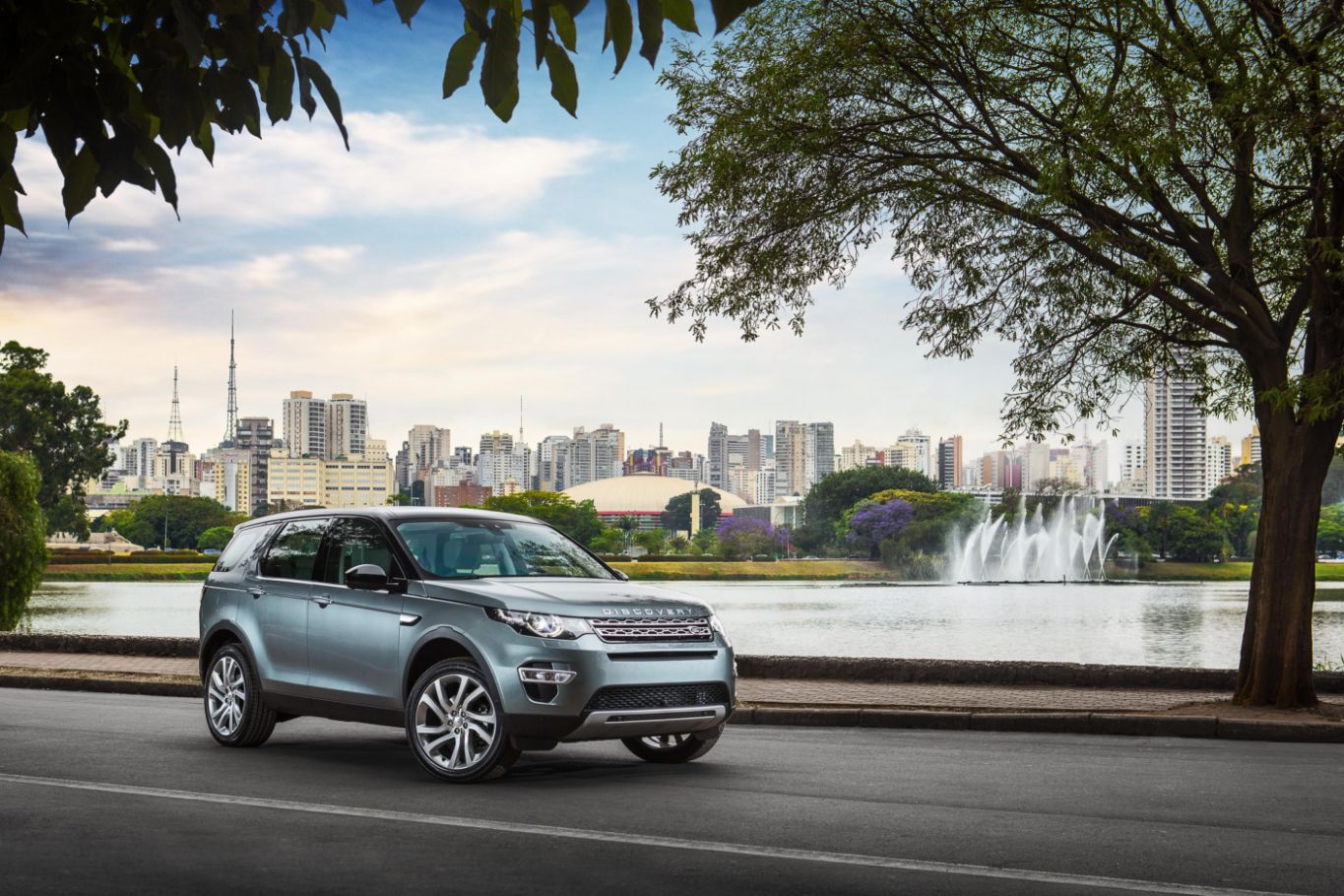 Although the up-to-7-passenger Discovery Sport is one of the smallest Land Rover SUVs, it’s big on off-road ability. All-wheel drive (AWD) is standard, and it’s enhanced by hill-descent control and all-terrain progress control, two technologies that serve as a form of off-road cruise control. All 2021 Discovery Sports have Pivi Pro infotainment, which features two modems, quick start-ups, and seamless connectivity for improved navigation or streamed music. So far in 2021, Discovery Sport sales are up 7.7%, with 280 units sold. 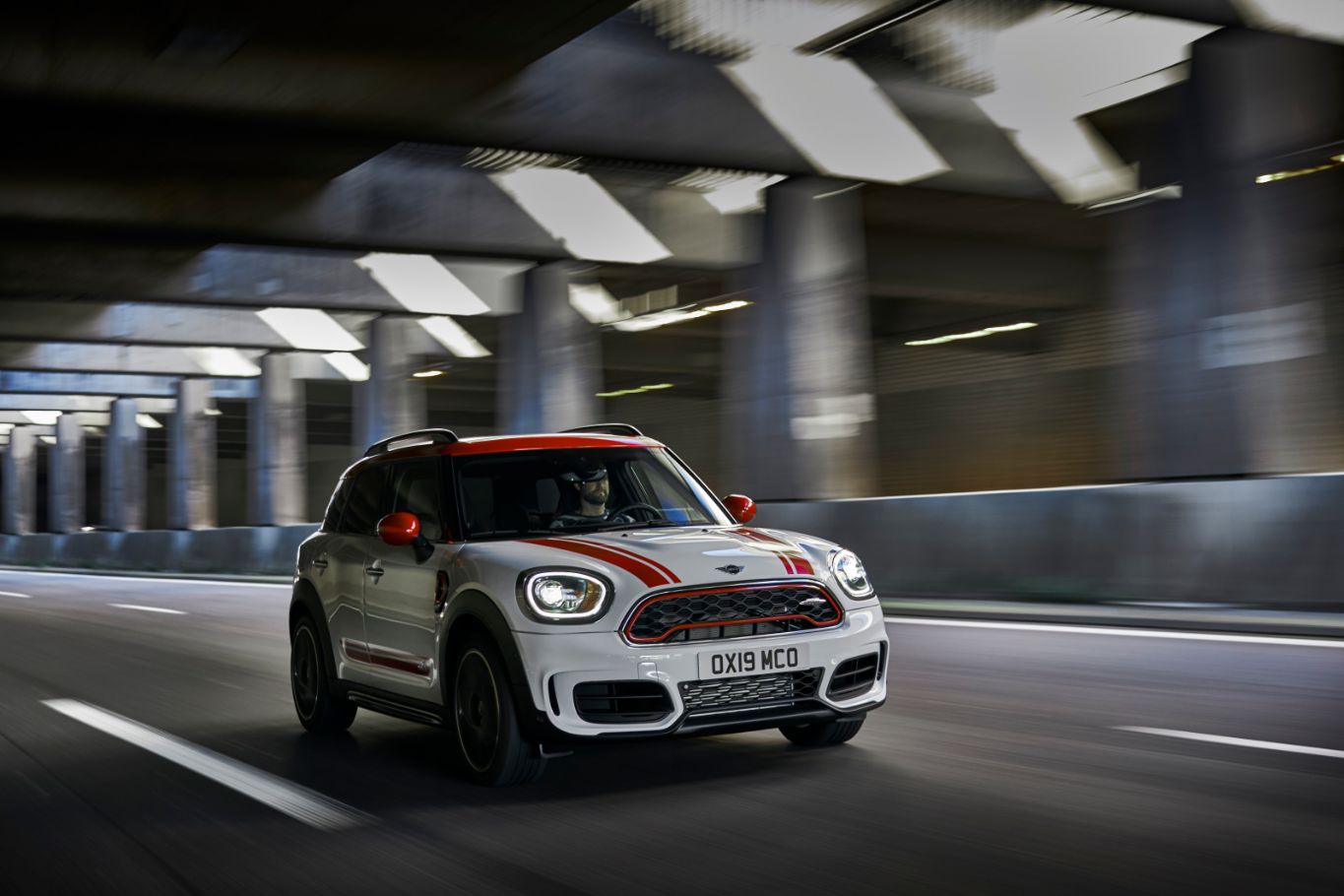 With only 310 copies sold between January 1 and March 31, 2021, Mini’s Countryman compact hatchback sales are down 11.7% YOY. The Countryman is the biggest model from the British brand known for its small and lively vehicles. Still, the Countryman appeals to drivers who love Minis but need something larger and more practical. In that respect, the Countryman has seating for five passengers, moderate cargo space, and AWD for enhanced traction. 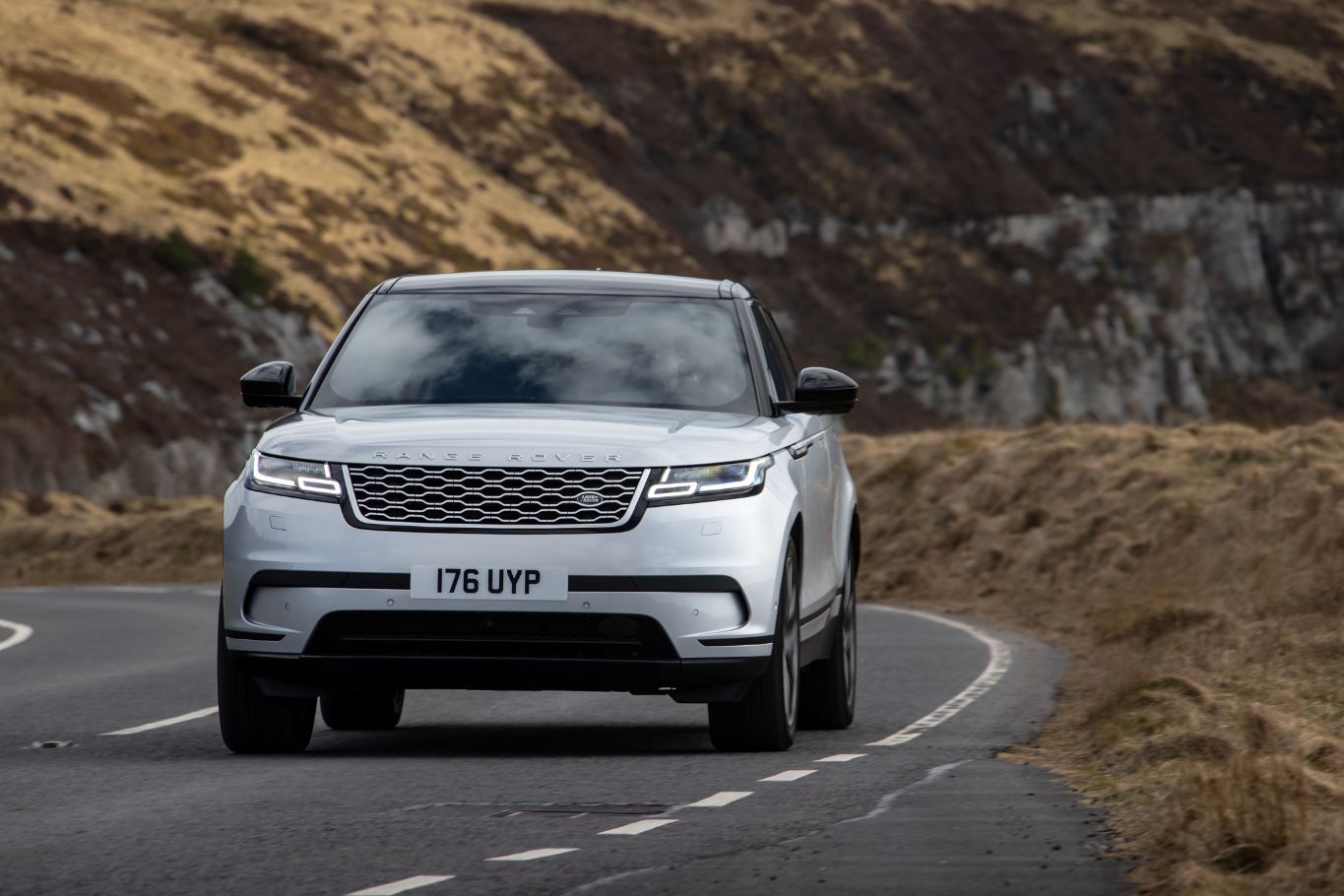 The 2021 Land Rover Range Rover Velar is a luxury SUV on the generous side of the compact class. It fits in the Range Rover lineup between the smaller Evoque and the mid-size Range Rover Sport. The 5-passenger Velar has some significant changes for 2021, most of which happen beneath that sleek skin. New 6-cylinder engines have a mild-hybrid setup, and the unloved infotainment system of previous years is replaced by something completely state-of-the-art. Despite these updates, Velar sales are down in 2021 by 29.9%, to 329 copies sold through to the end of March. 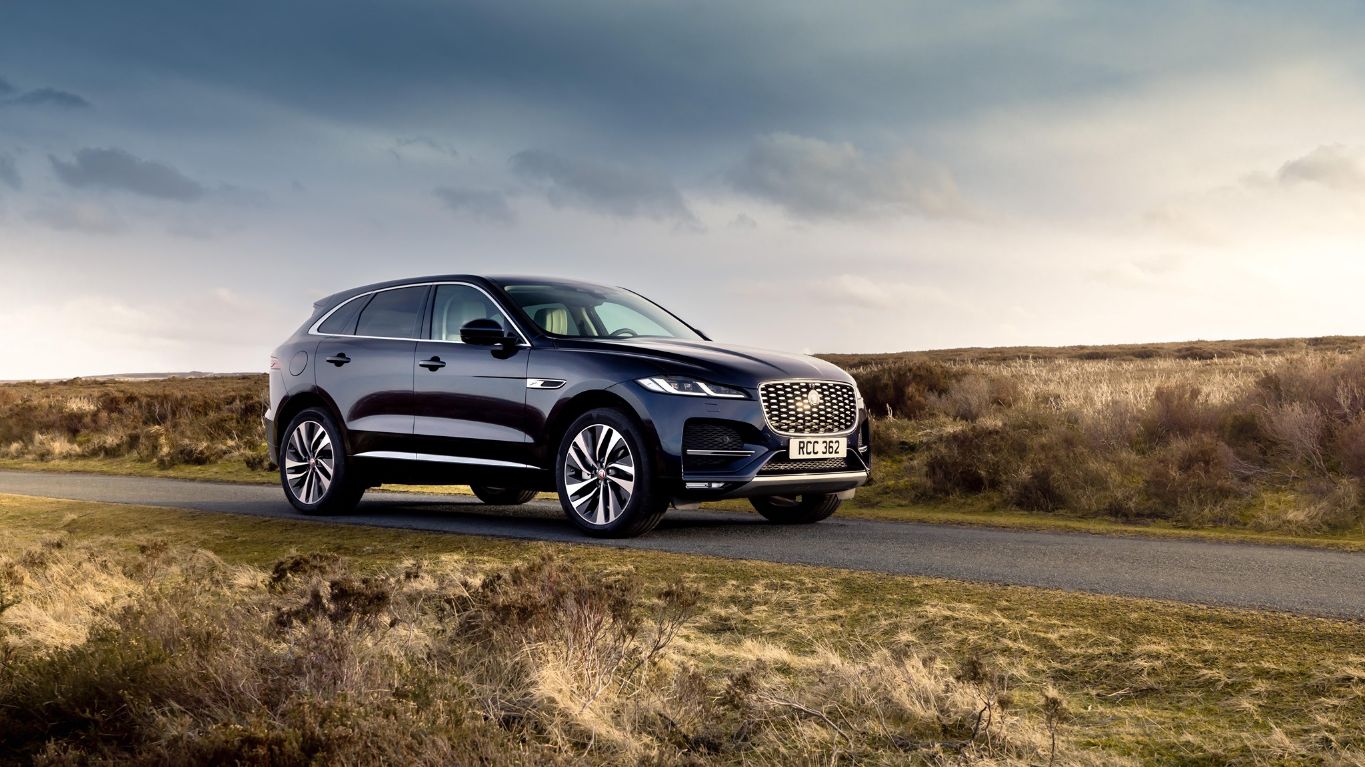 Jaguar’s mid-size luxury SUV has received a raft of enhancements for 2021. Most noticeable is the AWD 2021 Jaguar F-Pace’s new styling, which features a sculpted hood and slim LED headlights, plus revised front and rear fascias and Jaguar “leaper” badges on both side fender vents. Inside, the changes are equally significant. The all-new interior features the latest Pivi Pro infotainment system designed to be more intuitive while also featuring a curved 11.4-inch control screen. Like its Velar platform-mate, F-Pace sales are down for the first quarter of 2021, off 30.9% to just 364 copies sold. 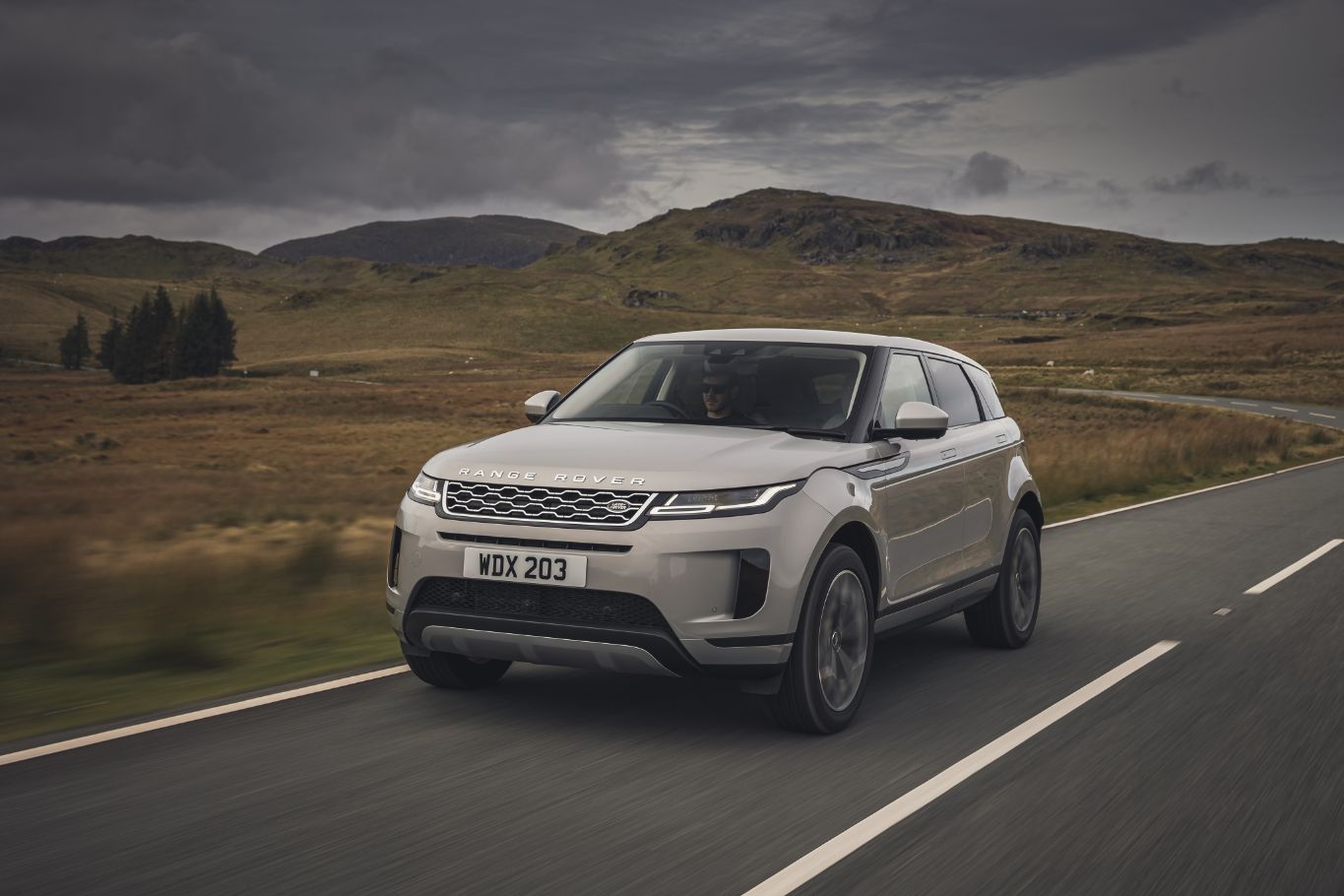 Even with sales down on a YOY basis by 8.1% to 387 units sold, the 5-passenger AWD Land Rover Range Rover Evoque consistently remains a compact luxury SUV with a pleasing shape. The lineup has been simplified this year. The mild-hybrid model with 296 horsepower has been discontinued, which means all 2021 Evoque models are powered by the same turbocharged 2.0-litre 4-cylinder engine making 246 horsepower. 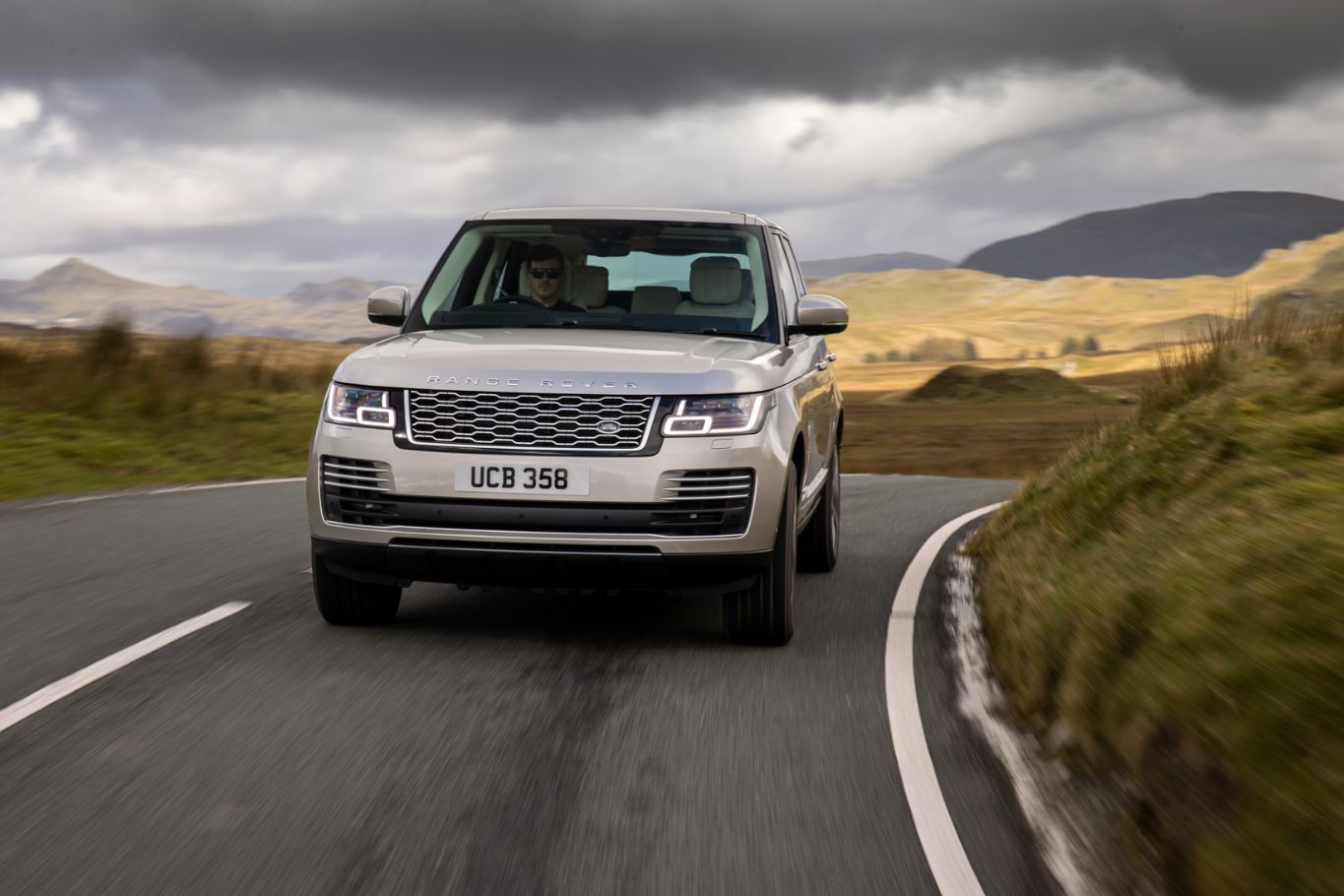 With its luxurious appointments and genuine off-road abilities, the 2021 Land Rover Range Rover full-size SUV is the pinnacle of its breed. And with sales up for the first three months of 2021 by 61.9% with 437 copies sold, it appears Canadians can’t get enough of the big Range Rover’s opulent style. This luxurious SUV is offered in both standard and long-wheelbase models, and both seat five. The 2021 Range Rover isn’t as large as a Cadillac Escalade, but it has loads of status, styling, and speed. 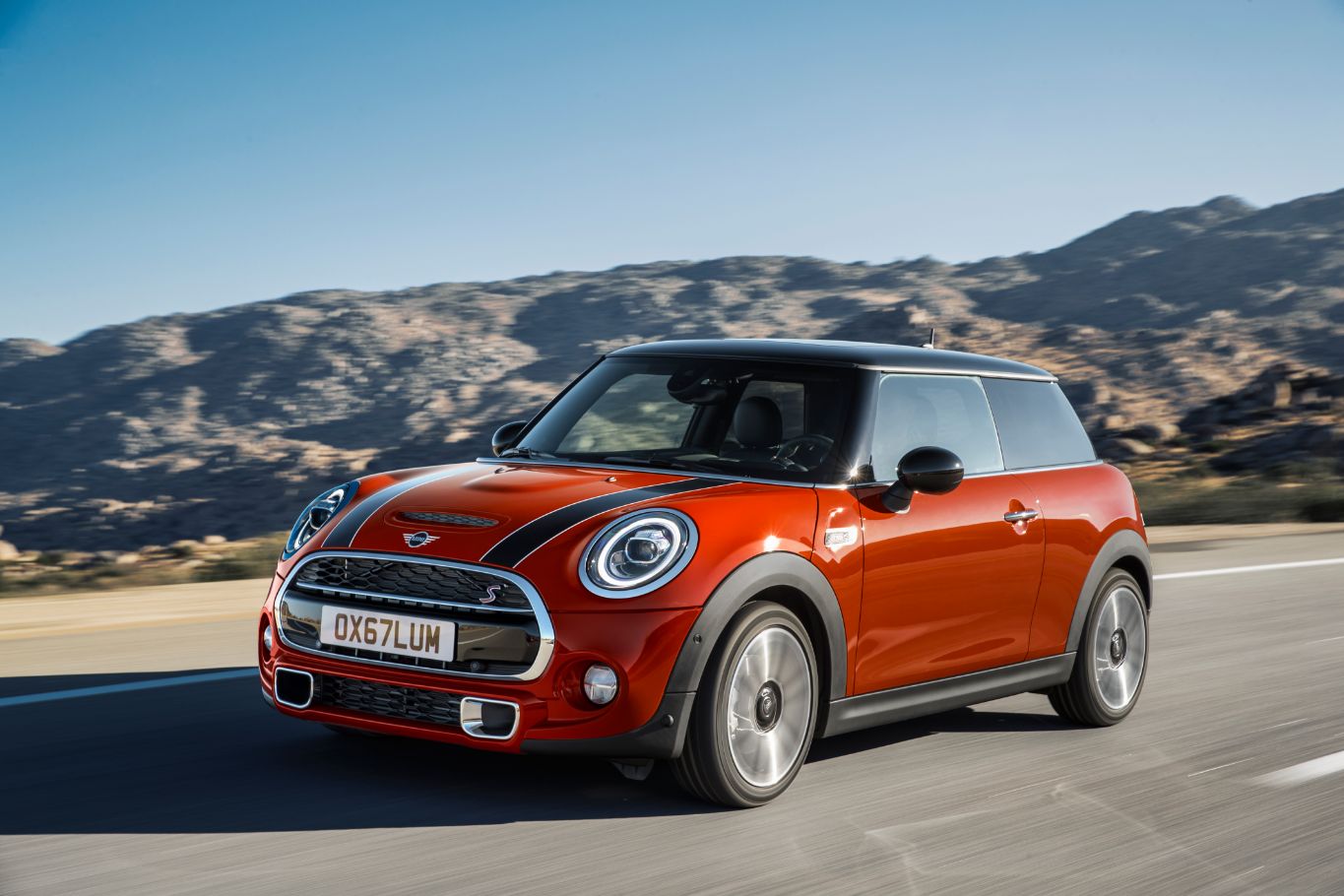 The 2021 Mini Cooper range consists of the Hardtop 2 Door, Hardtop 4 Door, and Convertible body styles. Then there are separate trim levels and the more intense John Cooper Works and Electric variants. While many upscale vehicles justify their prices with luxury features like classier materials and a quiet ride, the Mini brings excitement into the equation (thanks in part to parent company BMW’s input), along with distinctive design and the ability to personalize. For the first three months of 2021, Mini Cooper sales were down 49.1%, with 553 copies sold in Canada. 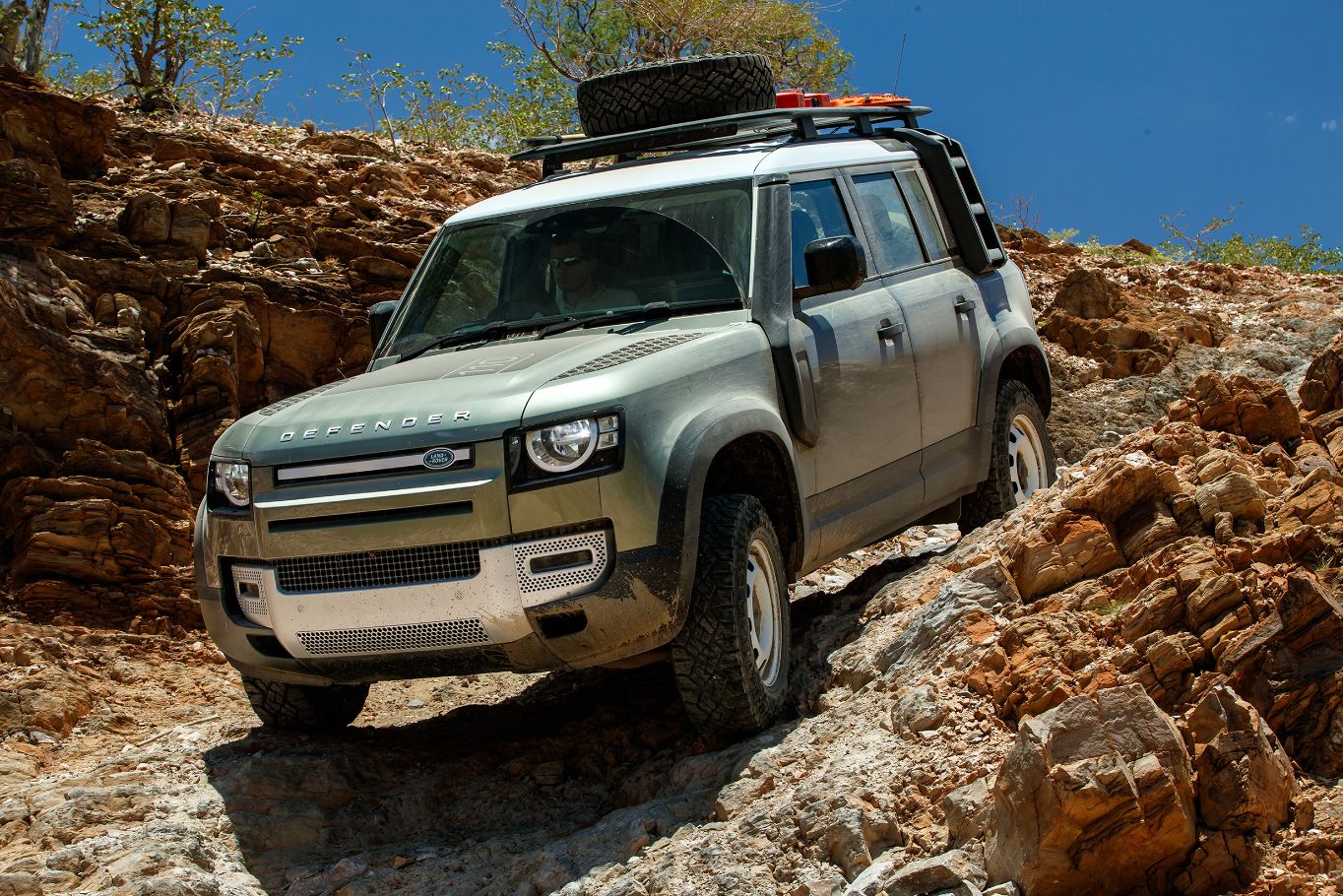 Although just introduced last year, the Defender has become very popular with Canadian SUV buyers. So far, in 2021, Land Rover has sold 676 Defenders. Only a handful of vehicles (including the Mercedes-Benz  G-Wagen, Jeep Wrangler, Ford Bronco, and Toyota 4Runner) are built with this much off-road capability in mind. The 2021 Defender tackles this task with a rugged unit-body chassis, steel subframes, and independent front and rear suspension. A 2-door Defender 90 joined the existing 4-door 110 model in January. 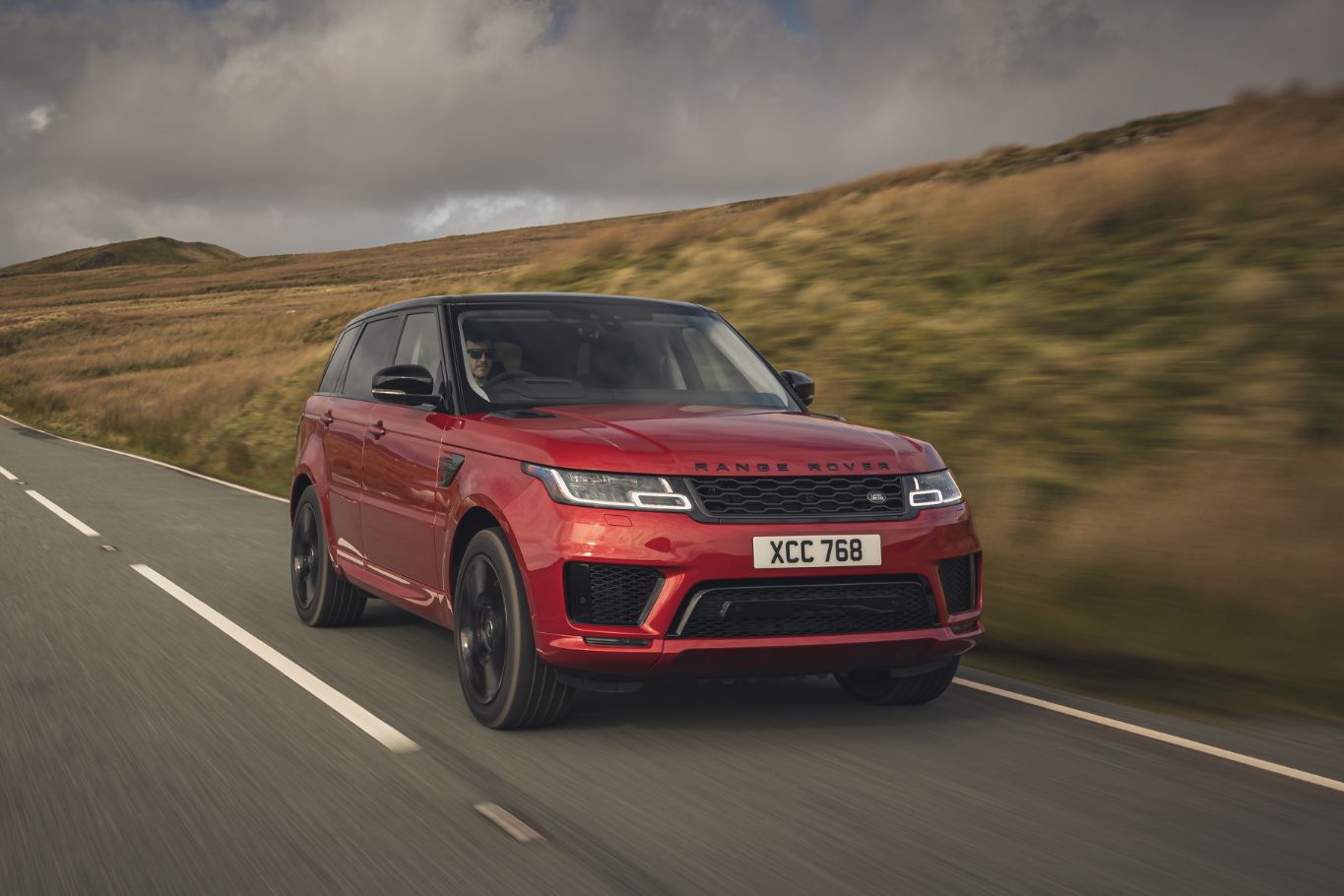 Recording a 12.5% YOY sales gain with 821 copies sold, the Range Rover Sport is the most popular British-branded vehicle in Canada. And for many good reasons. As well as its high-class British pedigree and ability to tackle virtually any surface, the 2021 Range Rover Sport distinguishes itself from rivals like the Audi Q7, BMW X5, and Mercedes-Benz GLE-Class with its many and varied powertrains—including a supercharged V8, turbodiesel V6, and a plug-in hybrid. The Sport is also the only model in the Range Rover portfolio to offer 3-row/7-occupant seating.

*Vehicle sales based on manufacturer-supplied information between January 1 and March 31 31, 2021.