As we say "goodbye" to 2021, it's time to look ahead at the all-new or thoroughly-redesigned new vehicles arriving this year. Some of these vehicles listed are available to purchase or order right now, and some won't go on sale until sometime in 2022 for the 2023 model-year. Alphabetically, here are the 10 most significant new vehicles coming to Canada in 2022, according to our Kelley Blue Book experts. 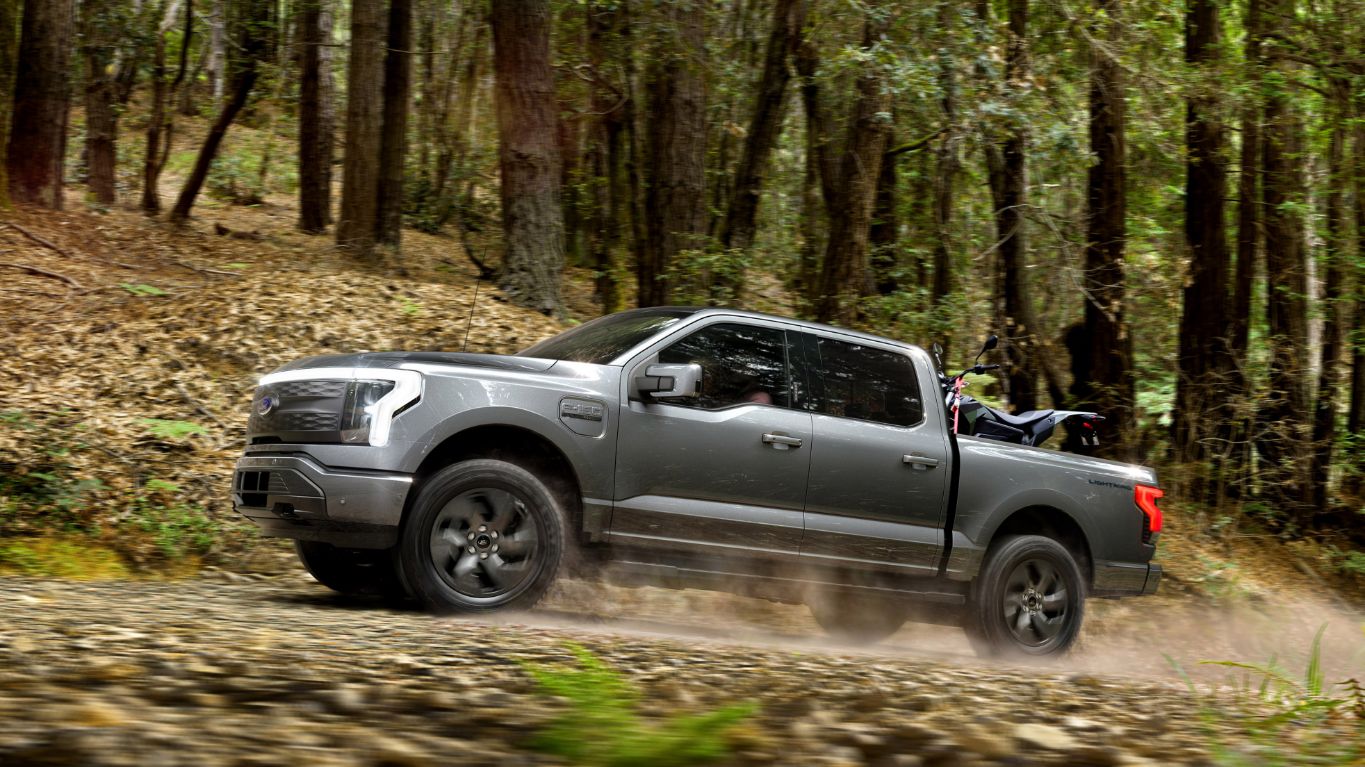 The Ford F-Series, Canada's best-selling truck for over a half-century, charges into the future with the quickest Ford truck ever: the 2022 F-150 Lightning, Ford's first-ever all-electric truck. Powered by dual in-board motors with standard all-wheel-drive, the F-150 Lightning plans to offer up to 563 horsepower and 775 pound-feet of torque—the most torque of any F-150 ever—and an estimated electric driving range of 480 kilometres. The Lightning's sub-$68,000 base price in Canadian dollars puts it well below the GMC's Hummer electric truck Truck's estimated $100k-plus starting price when it also arrives in showrooms in 2022. 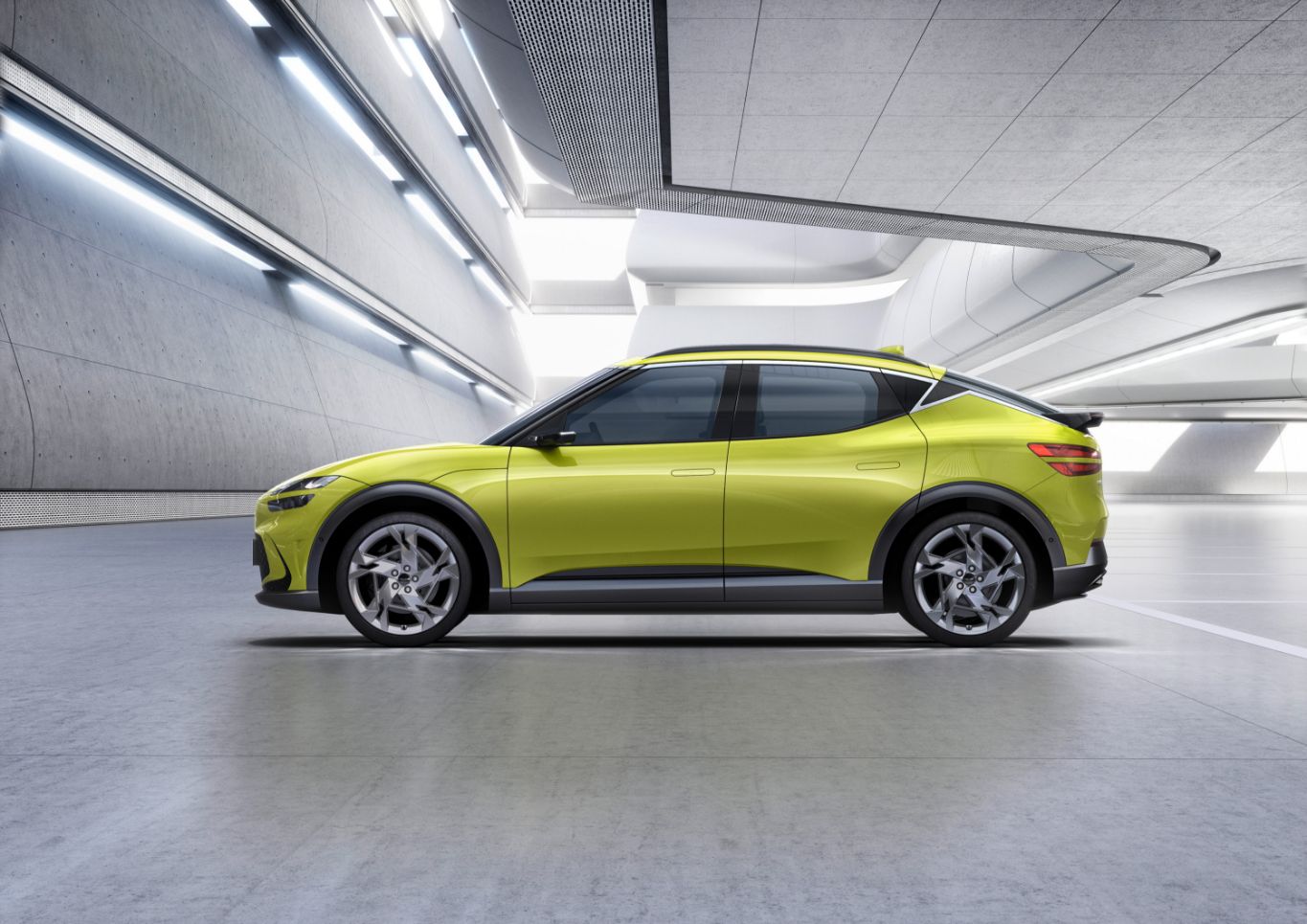 The GV60 is a compact SUV positioned beneath the current Genesis GV70. But, unlike its gas-powered sibling, the GV60 will be a dedicated electric vehicle (EV)—the first for Hyundai’s luxury brand. Yet to be confirmed, the GV60 may use the Hyundai Ioniq 5’s most potent electric powertrain, which features a 77.4-kiloWatt per hour (kWh) battery and dual motors for a combined output of 320 horsepower and 446 lb-ft of torque plus between 392 and 432 kilometres of driving range. The cabin features a flat floor, a large center console, and neat tech features like retina and biometric fingerprint identification, and virtual exterior mirrors. 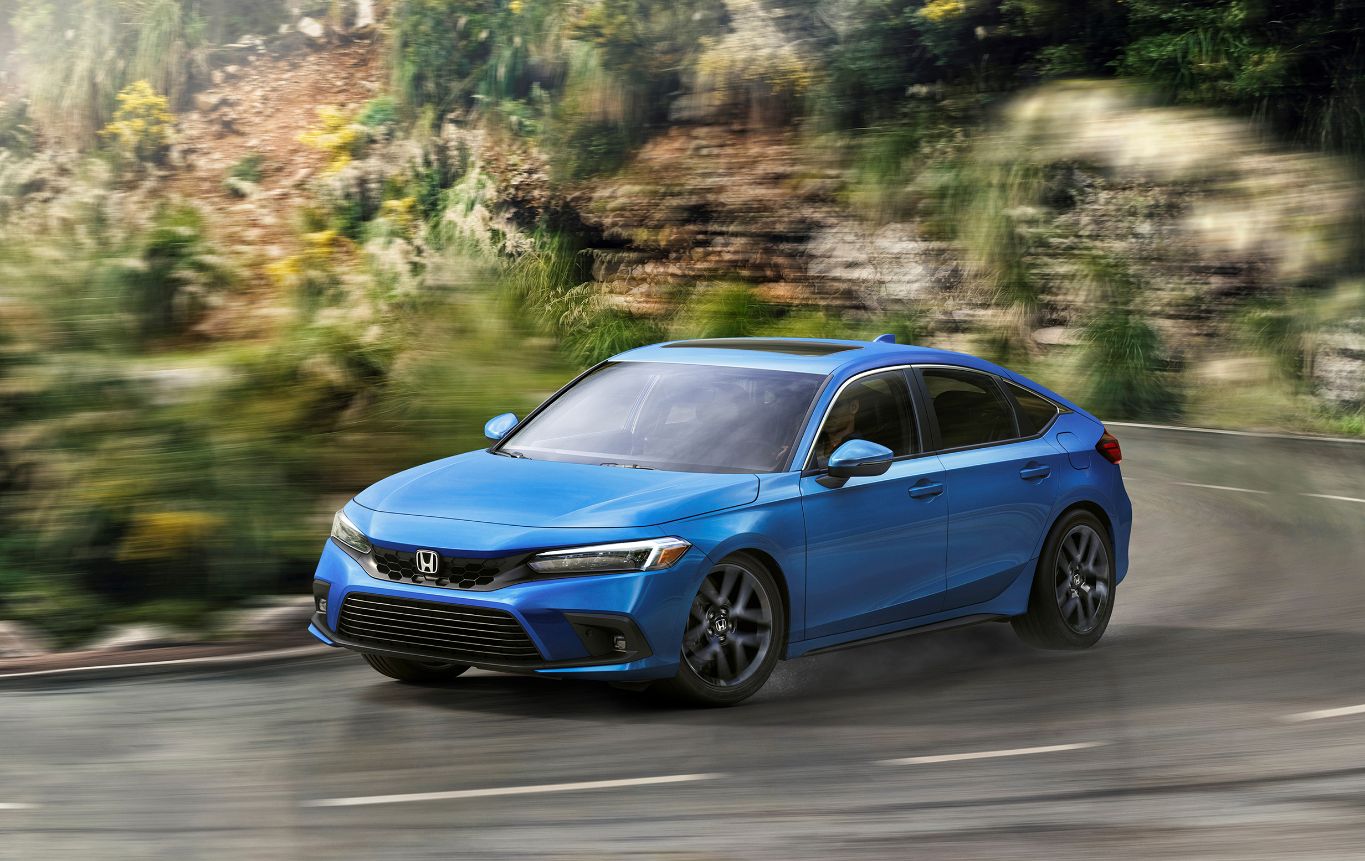 Honda started rolling out its new 11th-generation Civic compact car range with the 4-door sedan last spring. The Civic 4-door hatchback, based on the same front-wheel-drive (FWD) chassis but shorter in the back, arrived in late-2021. A 2.0-litre 4-cylinder with 158 horsepower and a turbocharged 1.5-litre 4-cylinder with 180 are mated to a continuously variable automatic transmission (CVT) in the Civic sedan. The hatchback can be ordered with an optional 6-speed manual transmission. The sportier Civic Si arrives in late 2021, powered by a 200-horsepower version of the turbocharged 4-cylinder. Look for the sportiest version of the new Honda Civic, the track-ready Type R, to arrive later this year. 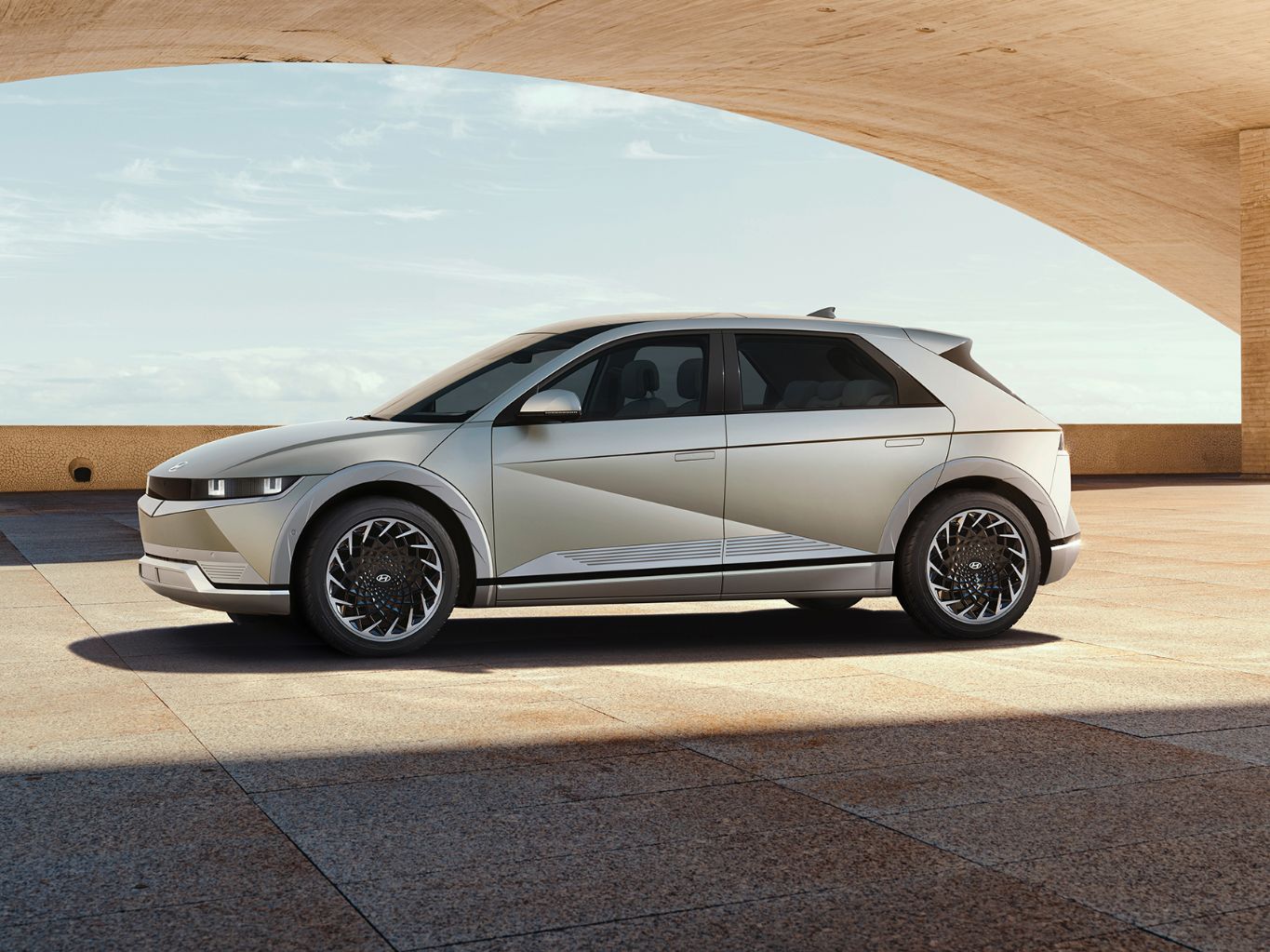 Sharing a dedicated EV platform with the Genesis GV60, the Ioniq 5 marks the first of the brand's new generation of EVs and the first Hyundai EV with all-wheel-drive (AWD). The base version gets a 215-horsepower, single electric motor powering the rear wheels only. A 302-horsepower, 2-motor iteration sees electric motors at the front and rear powering all four wheels. Hyundai says the maximum driving range will be around 480 kilometres. Technically a 5-passenger hatchback on the outside with a mid-size interior on the inside, the Ioniq 5's front seats recline and include lower leg supports that can be raised. 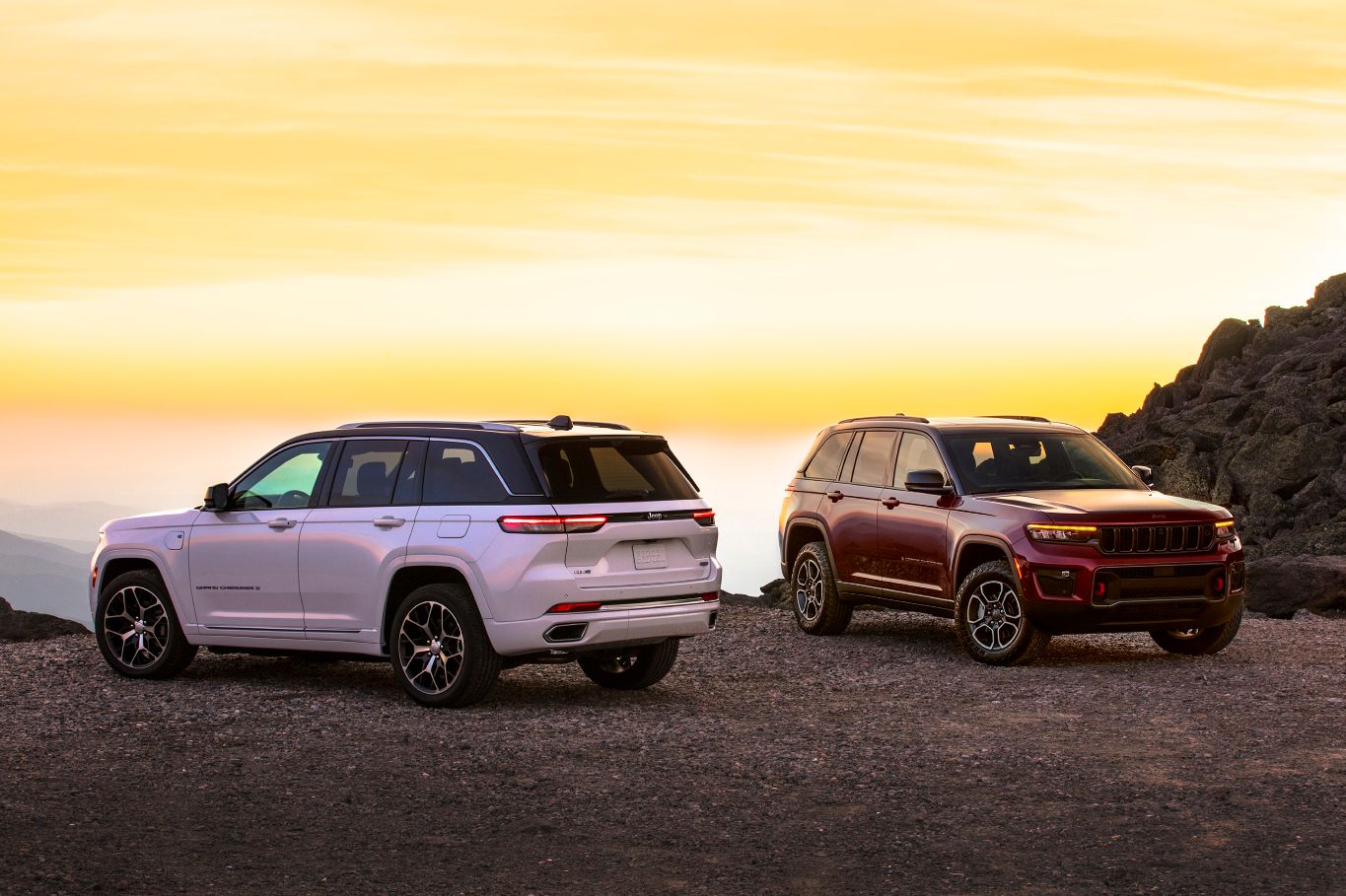 Following the debut of its mid-size 3-row Grand Cherokee L sibling, and smaller than the 2022 Jeep Grand Wagoneer full-size SUV that also debuted this year, the new Grand Cherokee mid-size 2-row SUV replaces the current 4th-generation model on sale since the 2011 model year. It's more luxurious than any Grand Cherokee before it, borrowing tricks and features from higher-end luxury cars. While Jeep's familiar V6 and V8 gas engines are available, a new plug-in hybrid powertrain uses a turbocharged 4-cylinder engine mated to a small electric motor for 375 horsepower and an estimated 40 kilometres of electric driving range. 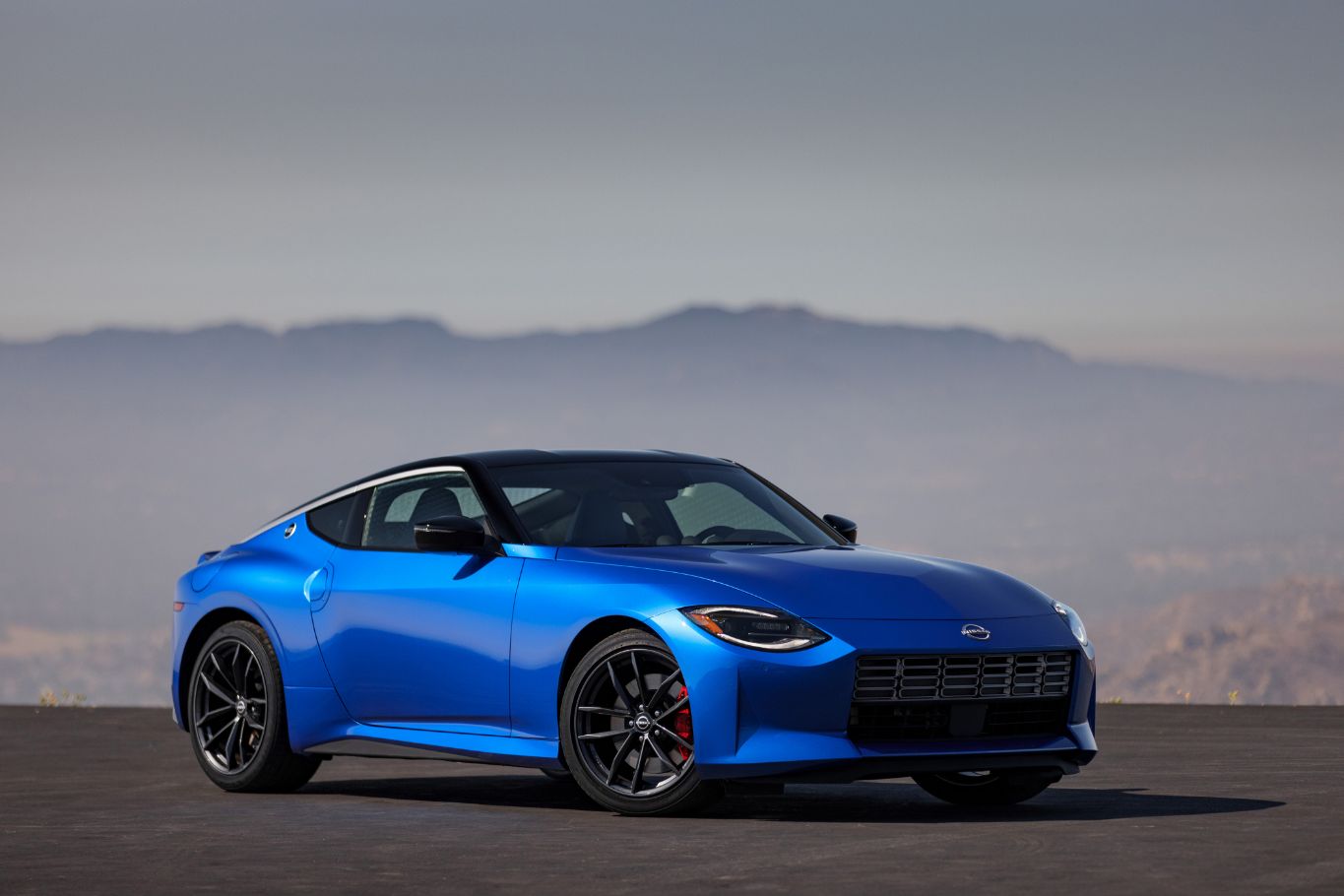 The all-new, 7th-generation Nissan Z, which drops its numerical prefix in North America for the first time, is scheduled to go on sale in the first half of 2022. Powered by a 400-horsepower twin-turbocharged V6, there is a choice of a 6-speed manual or optional 9-speed automatic transmission with paddle shifters. All power is sent to the rear wheels, and there’s seating for only two occupants. The rest of the Z cabin is a significant step forward in modern finishes and technology, with black cloth seats featuring an 8-way adjustability for the driver. 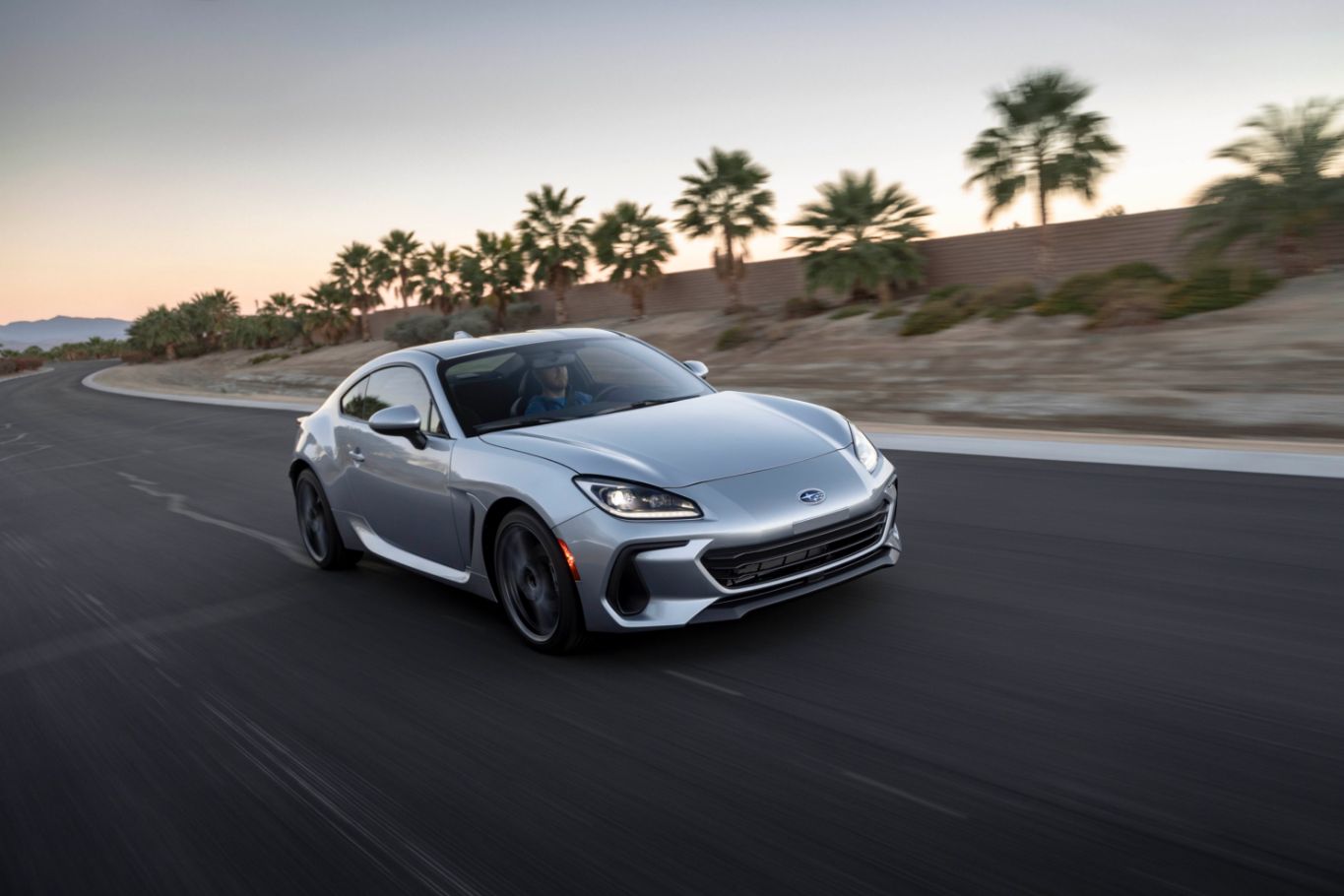 The RWD Subaru BRZ and Toyota GR86 sports car twins are all-new for the first time since they debuted in 2013 (the GR86 as the Scion FR-S). Philosophically similar to the originals, for 2022, Subaru and Toyota have made several serious upgrades, including an all-new chassis with a lower center of gravity. Under the Subaru/Toyota’s long hood sits a larger 2.4-litre 4-cylinder that develops 228 horsepower and 184 pound-feet of torque. Buyers have a choice of shifting themselves with a 6-speed manual or selecting a 6-speed automatic transmission with paddle shifters. 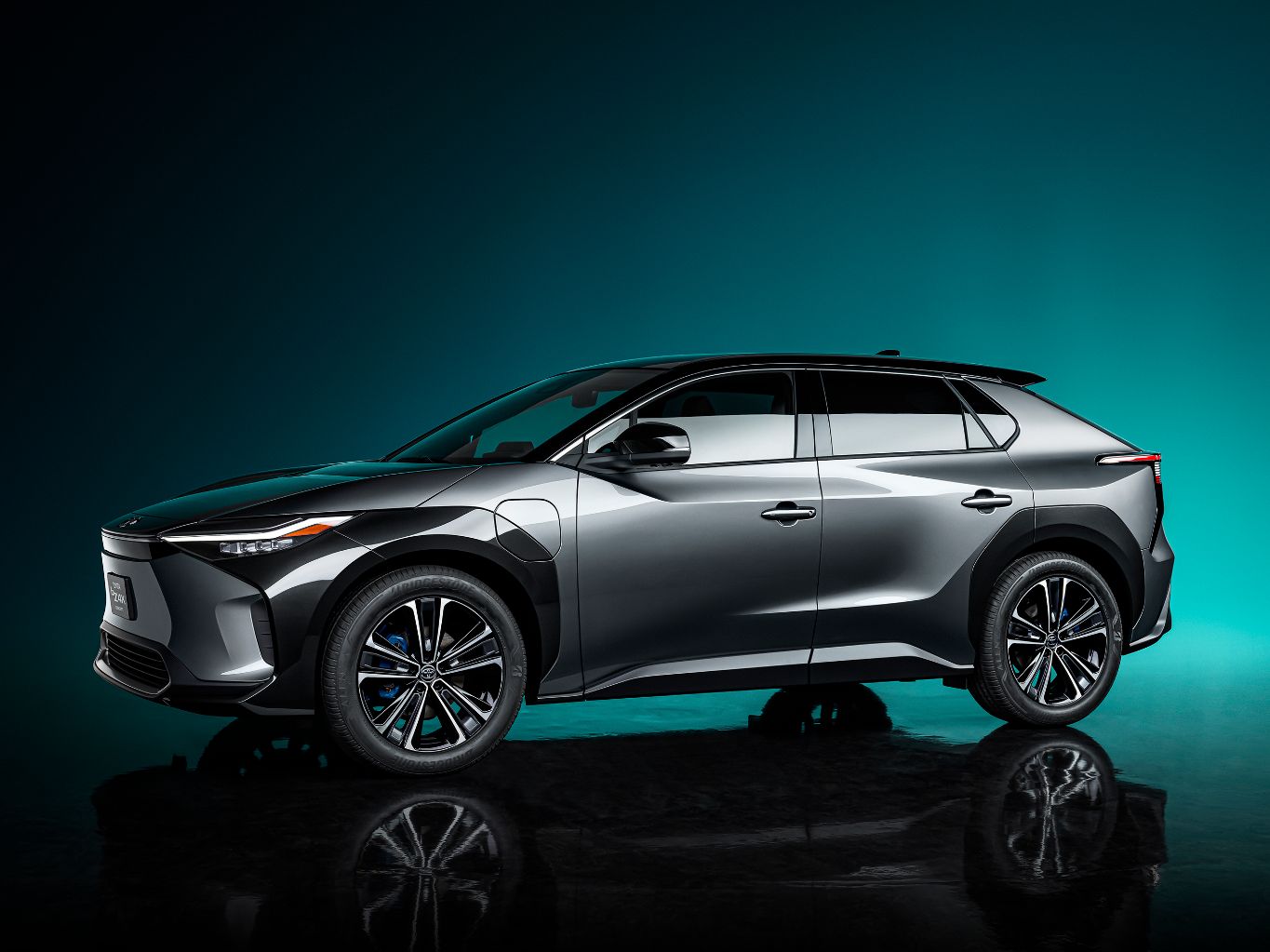 The Subaru/Toyota partnership continues with a new pair of all-electric compact SUVs. The Toyota bZ4X will come in FWD or AWD editions, while the Subaru Solterra will be AWD-only. The FWD models get a single motor attached to the front axle making 201 horsepower, while AWD versions get a motor on the front wheels and a second on the rear wheels for 215 horsepower. Toyota says the bZ4X is rated for up to 310 miles (499 kilometres) of electric driving on the Japanese testing cycle, but North American testing routinely reveals shorter ranges. 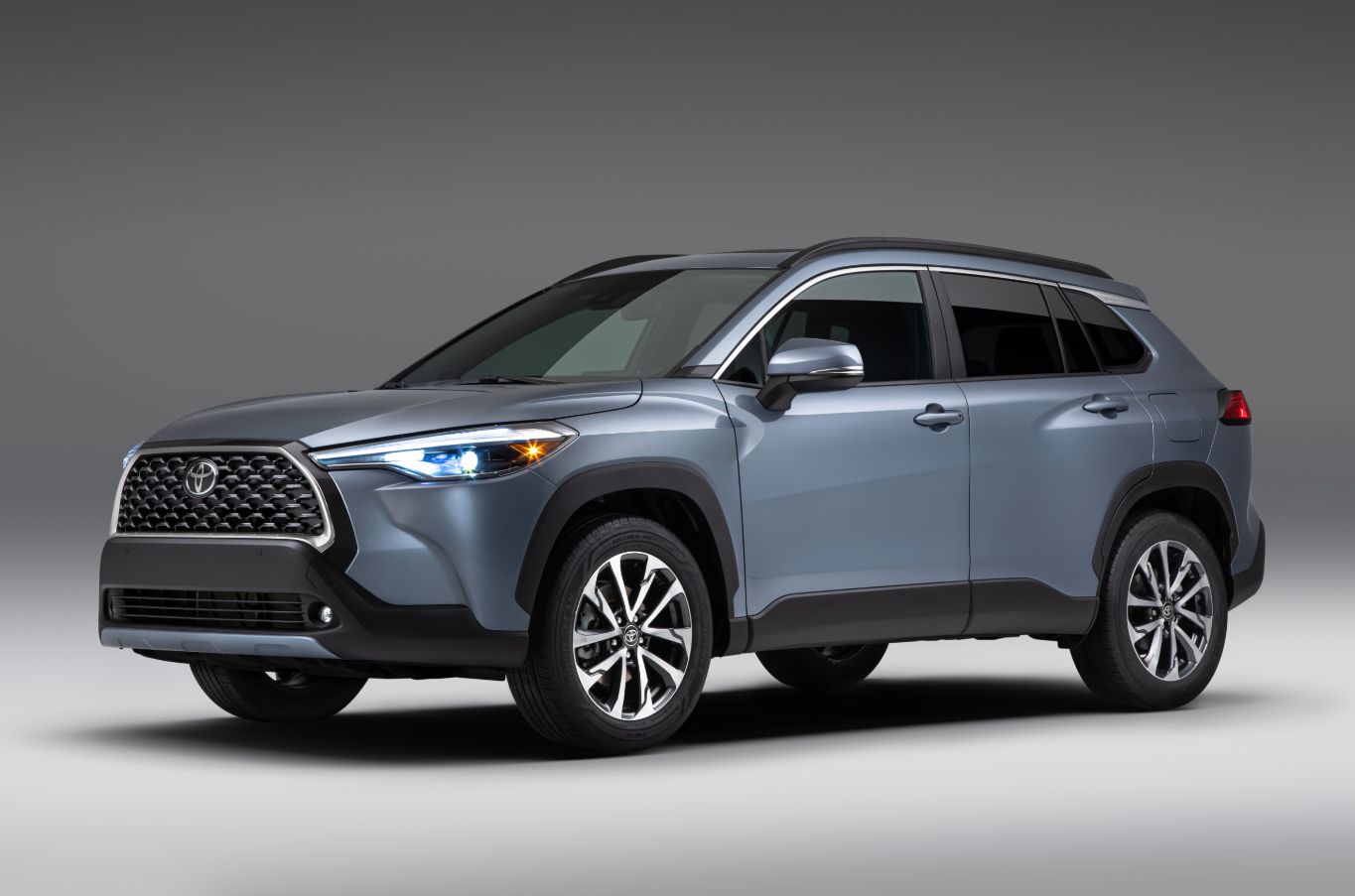 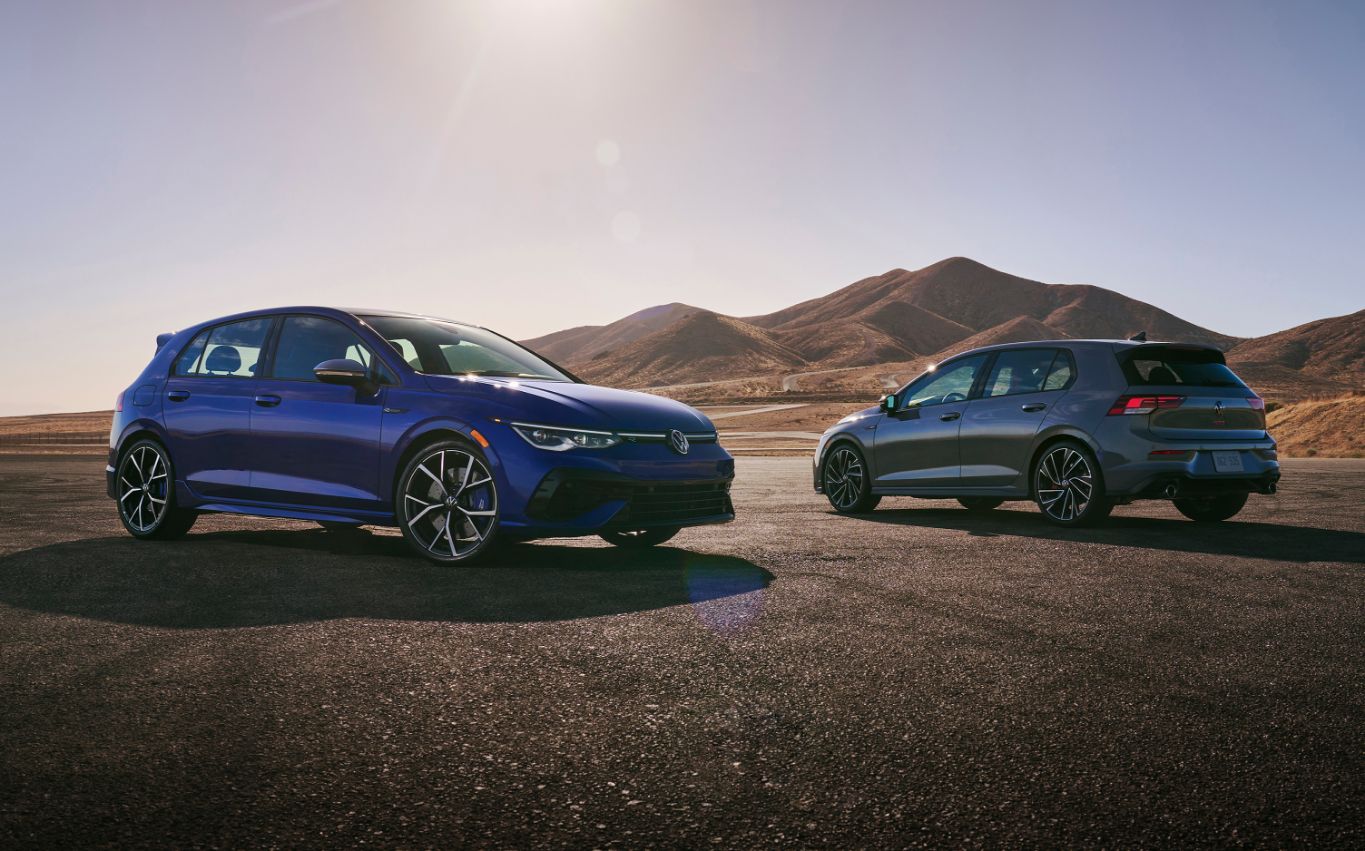 As the all-new Volkswagen Taos sub-compact SUV theoretically replaces the base Golf compact hatchback for 2022, the sporty GTI and sportier R trims are the only 2022 Golfs available in Canada. Riding on the new, 8th-generation Golf platform, the heart of both the new FWD GTI and AWD R is a 2.0-litre turbocharged inline 4-cylinder gas engine. The GTI produces 241 horsepower—up 13 from the 2021 version—and the Golf R now makes 315 horsepower—27 more than the previous generation. A 6-speed manual or a 7-speed dual-clutch automatic are the two transmission choices available across all GTI and R trims.