Read about these electrifying vehicles arriving for the 2022 model year.

The race to add battery electric vehicles (BEVs) to new car lineups is fully on. As automakers work hard to meet increasingly challenging emissions rules and customers' awareness and acceptance of emissions-free transportation grows, the motivation to add electrified vehicles to new car showrooms is stronger than ever. We expect to see more BEVs introduced throughout 2021. But for now, alphabetically, here are 10 all-new BEVs arriving for the 2022 model year. 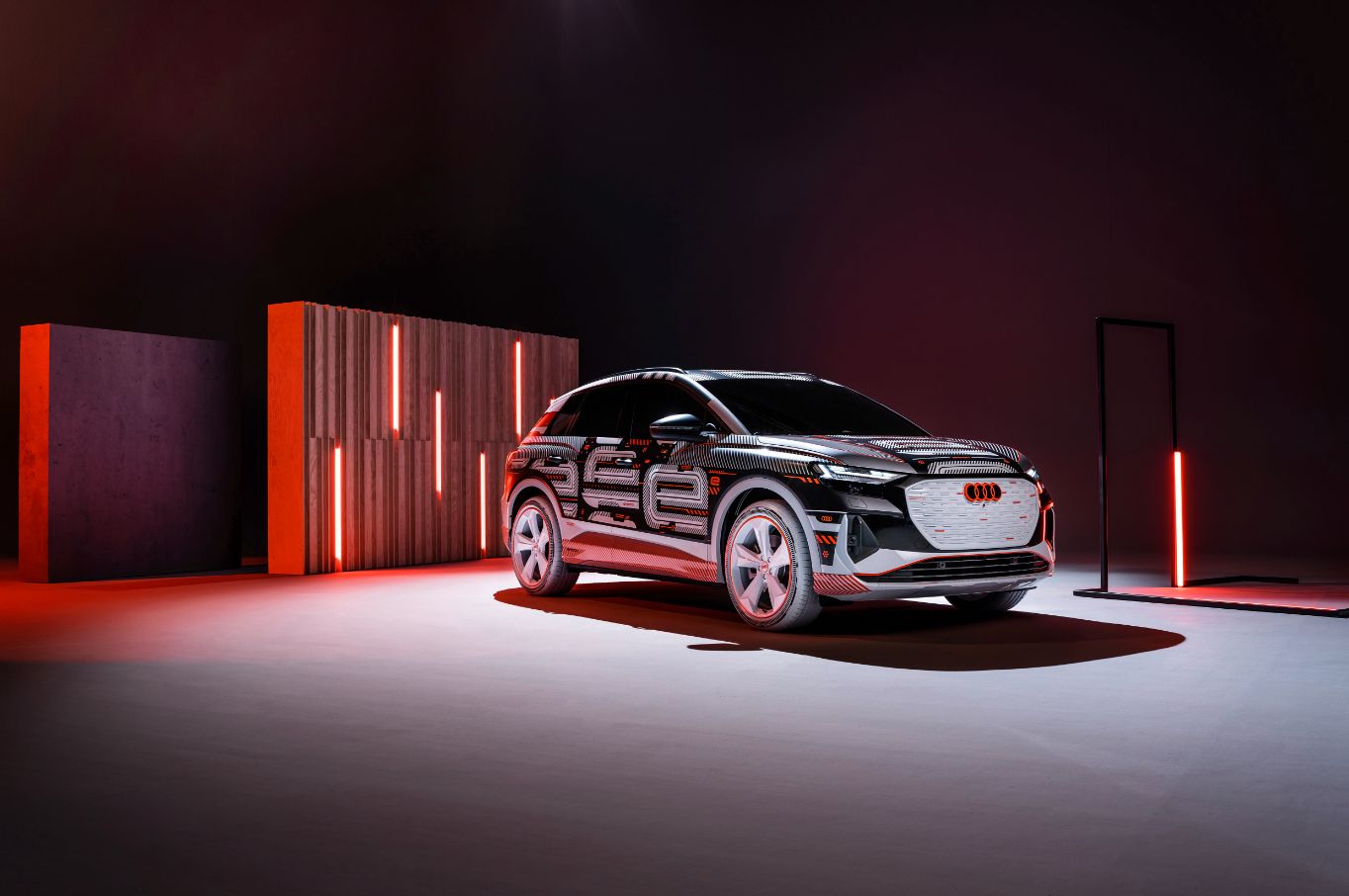 The Audi Q4 e-tron is a pure-electric SUV based on the same dedicated BEV platform as the new Volkswagen ID.4. The 5-passenger Q4 e-tron’s flat floor (with electric motors tucked between the wheels) allows interior measurements to rival those of mid-size SUVs while throwing a compact shadow. There are 521 litres of storage space with the seats up compared to just 402 litres in the larger Q7. Audi has not released any technical information yet. But expect similar powertrain options like the VW ID.4, including an all-wheel-drive (AWD) version. 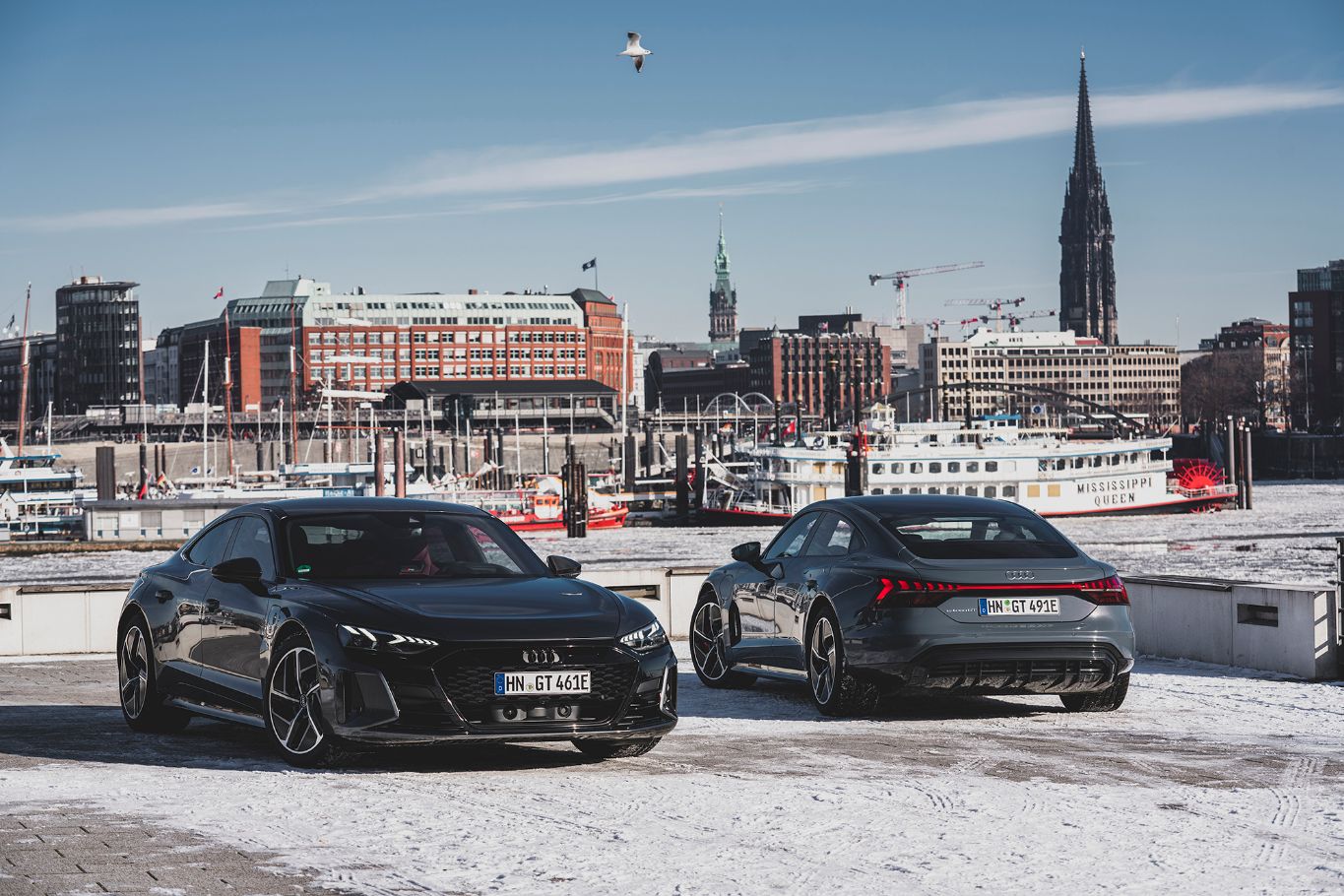 The $129,900 CDN (base starting Manufacturer’s Suggested Retail Price) Audi e-Tron GT quattro and higher-performing $179,900 CDN RS e-tron GT share much of their hardware with the existing Porsche Taycan. The e-tron GT quattro’s two electric motors make a net total of 469 horsepower, spiking to 522 for 2.5 seconds with launch control. 0-100 kilometres per hour (km/h) is an estimated 4.1 seconds. The more powerful RS trim’s 590-horsepower jumps to 637 with launch control, resulting in a 3.3-seconds 0-100 km/h time. Audi says the e-tron GT quattro is good for around 500 kilometres before needing a charge. 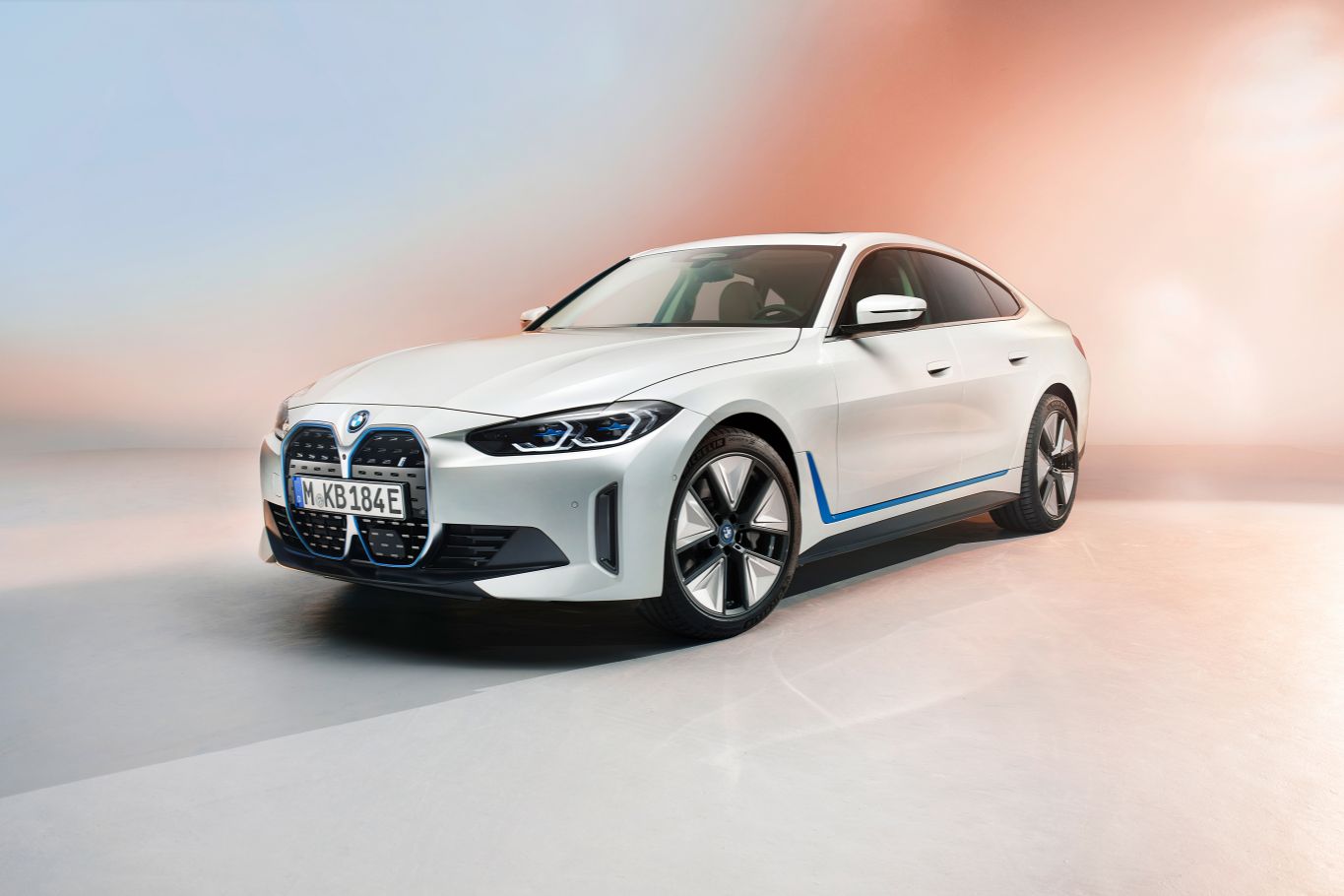 The i4 Gran Coupé sedan is the first of a series of BEVs Germany’s BMW plans to launch this year and next. BMW is holding back specifics. What we do have is a look at its design and some jaw-dropping performance figures. BMW says several versions of the i4 will be available. The most efficient model will be capable of driving an estimated 475 kilometres on a single charge. The quickest version will offer 523 horsepower and a 0 to 96 km/h time of around 4 seconds. Price is unknown, but it’s reasonable to expect the i4 to command a significant premium over the $44,950 CDN 2021 BMW 3 Series PHEV plug-in hybrid. 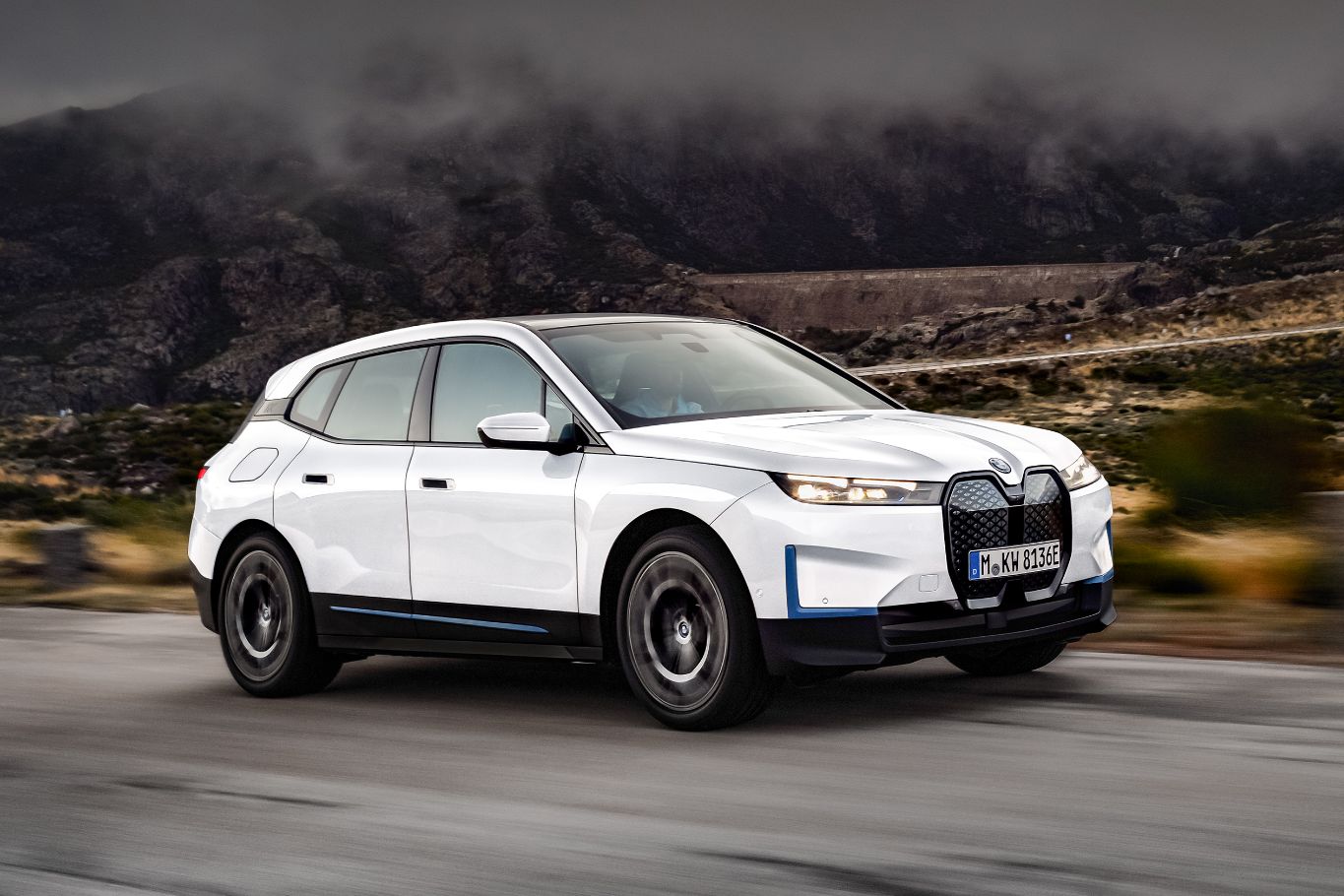 BMW’s iX SAV (BMW-speak for Sports Activity Vehicle) is a mid-size SUV set to hit dealerships in early 2022. The BMW BEV uses a dual-motor setup good for about 500 horsepower. BMW says its iX is capable of a 0-96 km/h time of “less than” 5 seconds and an estimated 475-kilometre driving range between charges. On paper, those figures put it in competition with the Tesla Model X. Inside, the iX’s interior finds a flat dashboard with the large BMW Curved Display and slim seats creating a roomy and open atmosphere.

Technically, the all-new GMC Hummer EV is a GMC pickup truck with the Hummer name being used as a sub-brand, like "Denali." And like Tesla's Cybertruck concept, GMC says the Hummer BEV is a luxury pickup with real-truck abilities. The Hummer EV uses a 2- or 3-motor setup. Driving range is estimated at 585 kilometres. Included is an 800-volt 350-kilowatt DC fast charging capability. An SUV version of the Hummer EV pickup truck is also expected to debut sometime in 2021. 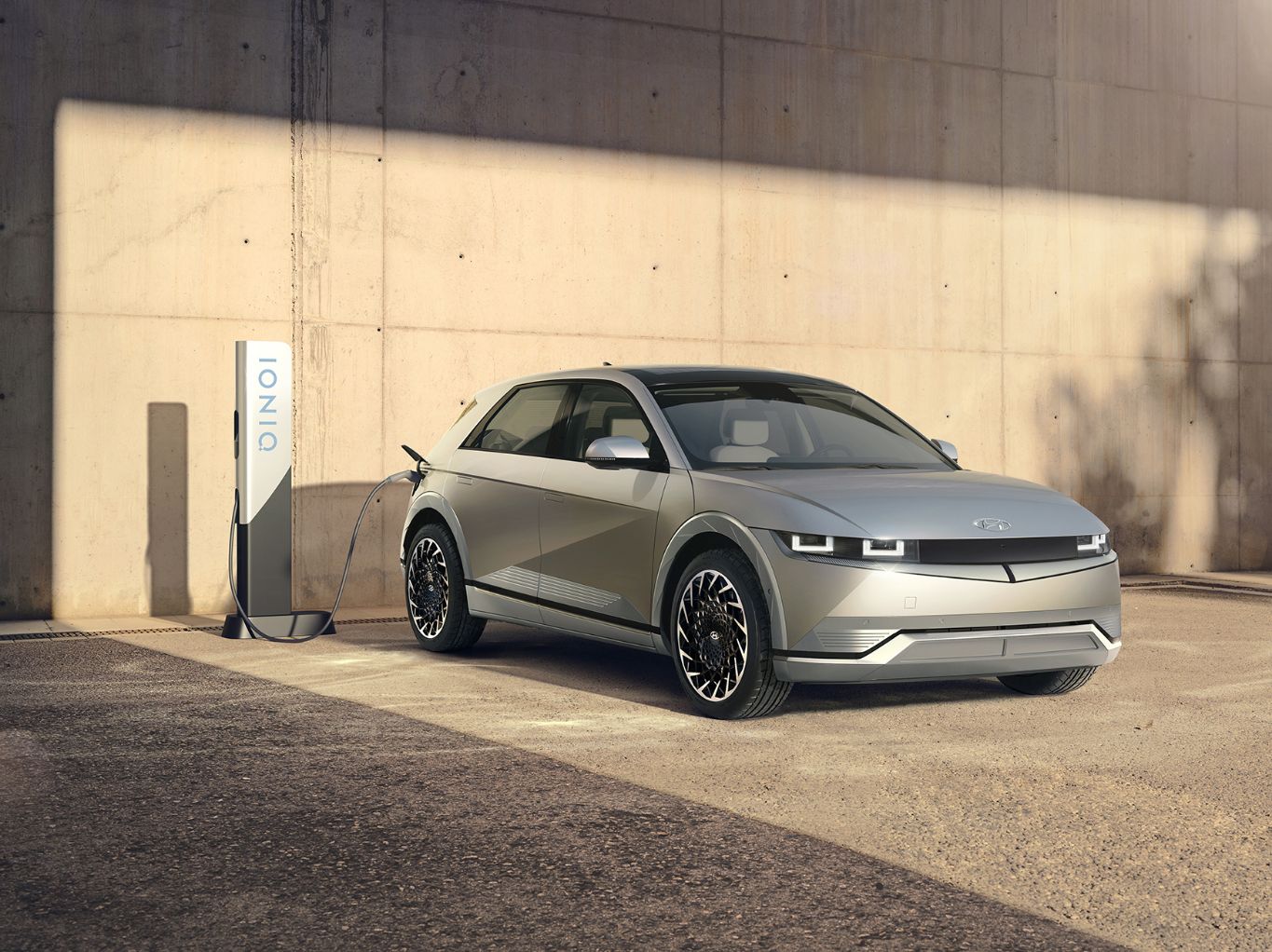 The Hyundai Ioniq 5 is a compact SUV on the outside with interior dimensions that push it to mid-size SUV standards. Hyundai has used the Ioniq 5’s flat floor to full effect, creating a very spacious feel. The front seats recline and include lower leg supports that can be raised. The Hyundai BEV will be available with either a single 215-horsepower motor powering the rear wheels or two, one powering each axle generating 302 horsepower. Hyundai has provided a range estimate only for the larger-battery, single-motor configuration, which it says should get between 470 and 480 kilometres between charges. 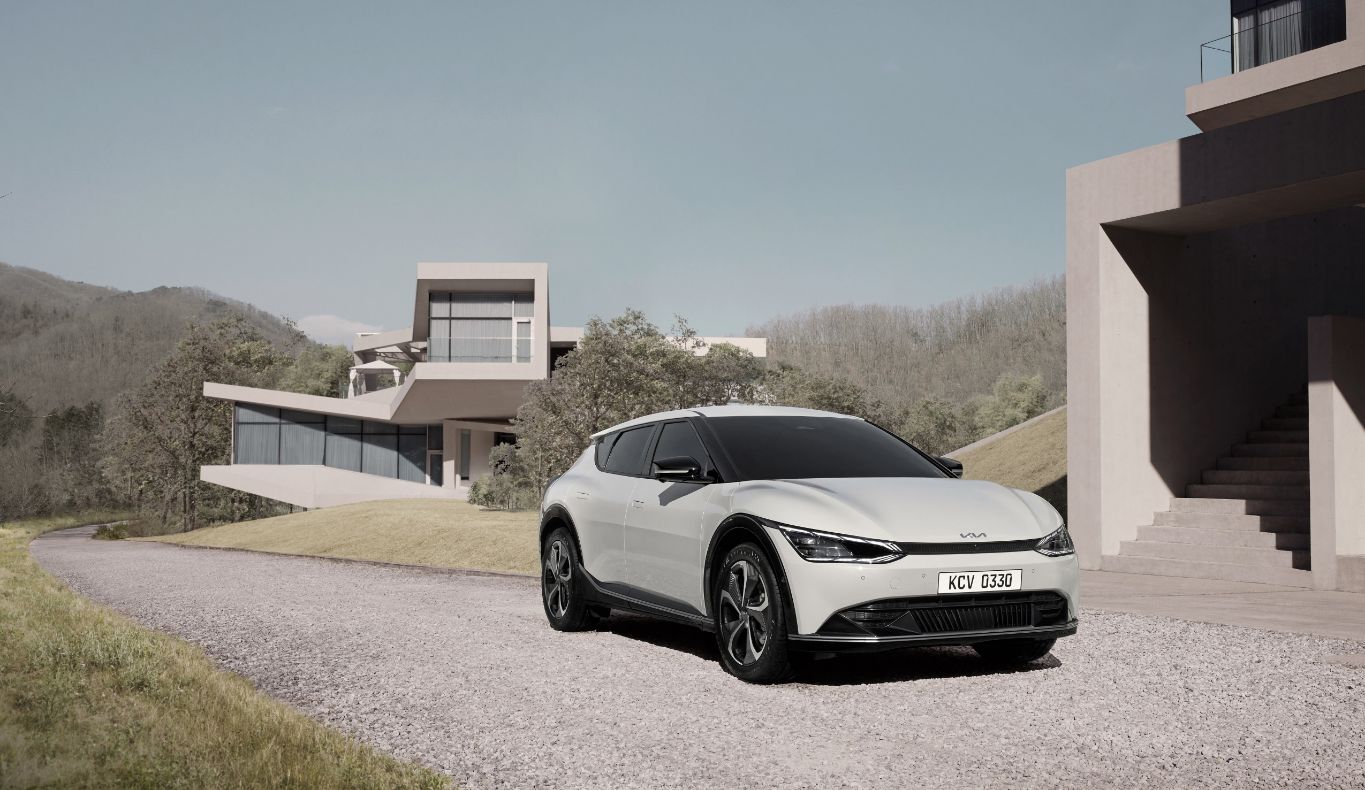 The first of Kia's next-generation BEVs, the EV6 is an aggressive-looking 4-door hatchback with some upscale details. The base 226-horsepower EV6 is available in either rear-wheel-drive and around 525 kilometres of range. The AWD version’s range is about 418 kilometres. The dual-motor EV6 GT sends 577 horsepower to both axles and is expected to get from 0-96 km/h in just 3.5 seconds, making it the quickest Kia yet built and more powerful and faster than the Porsche Taycan 4S. The EV6’s platform, which it shares with the Hyundai Ioniq 5, is equipped with 800-volt charging architecture, allowing 0-80% capacity in as little as 18 minutes, depending on battery size. 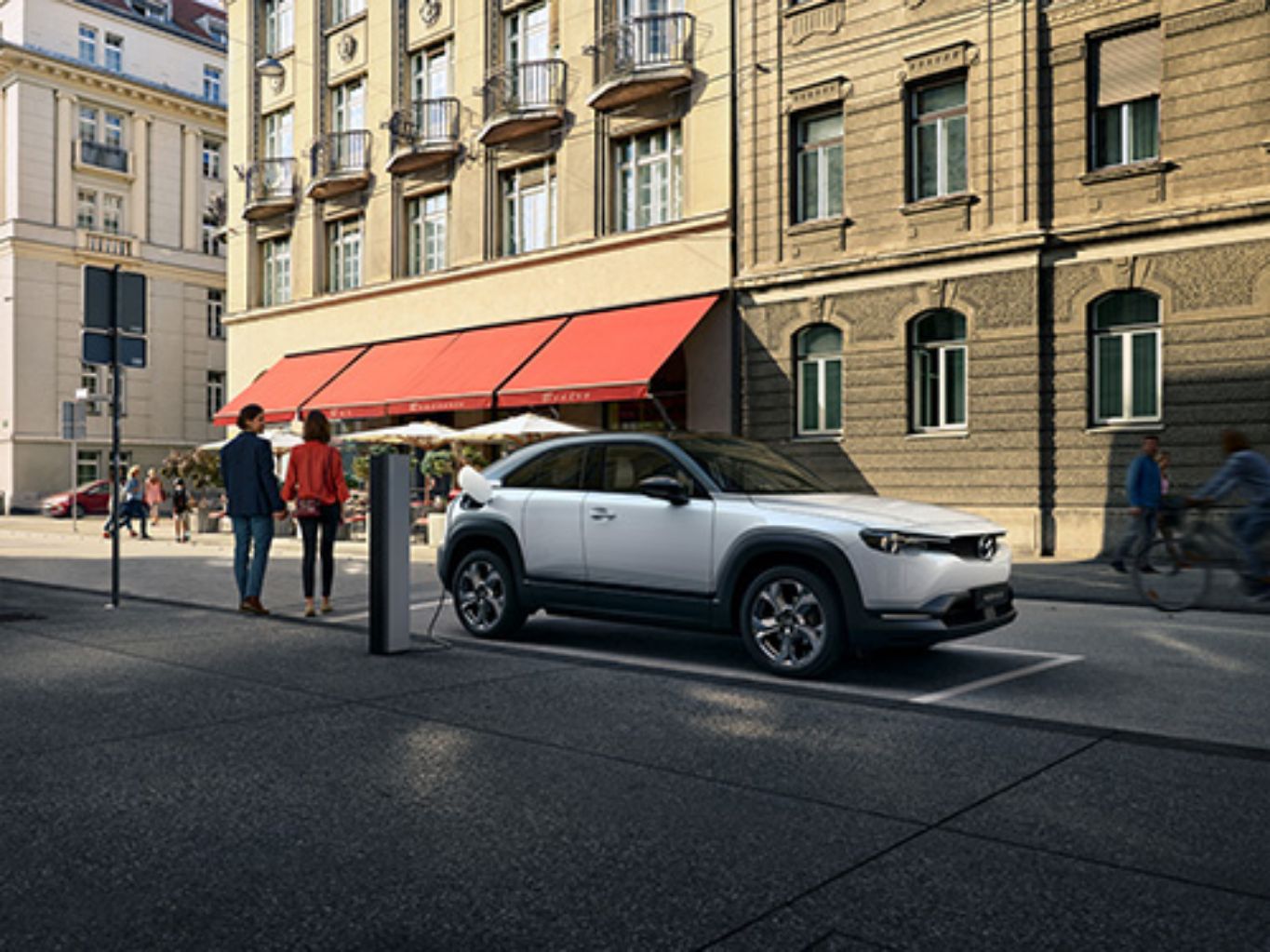 Mazda’s first BEV will be a stylish SUV with hidden rear doors for coupe-like proportions. The MX-30 will also offer a range-extended version carrying a gas rotary engine. With a contrast-colour roof and half-doors in the back—like those found on the older Mazda RX-8 sports car—it’s a new look for Mazda. The MX-30 is already on sale as a battery-only vehicle in Europe, where it claims a range of just over 200 kilometres. The range extender, then, might be a reasonable way to make it competitive here. Mazda says its engineers plan to improve the all-electric version range before bringing it to North America. 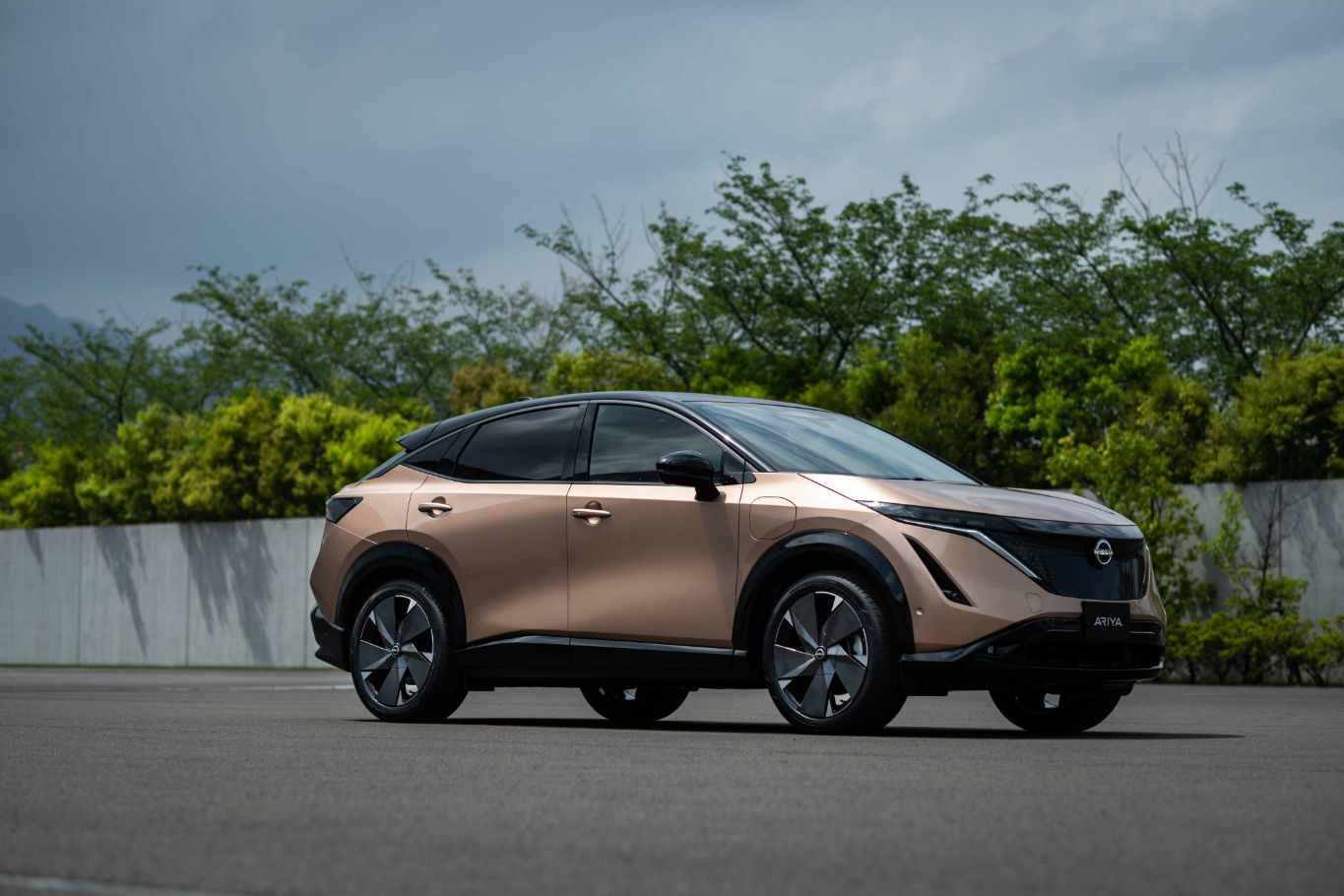 The Nissan Ariya 5-passenger SUV will be offered in either front- or all-wheel drive and have a choice of two battery packs, starting with a 221-horsepower version. With a larger battery pack, the Ariya will boast 389 horsepower—serious performance for a smaller SUV. At its best, Nissan says the Ariya will have a maximum range of 500 kilometres. We’d guess 0-96 km/h times in as little as the 5-second range. Nissan hasn’t released all passenger room stats, but the Ariya looks like it will be roomy and airy with a flat floor as Nissan describes it as a “lounge.” 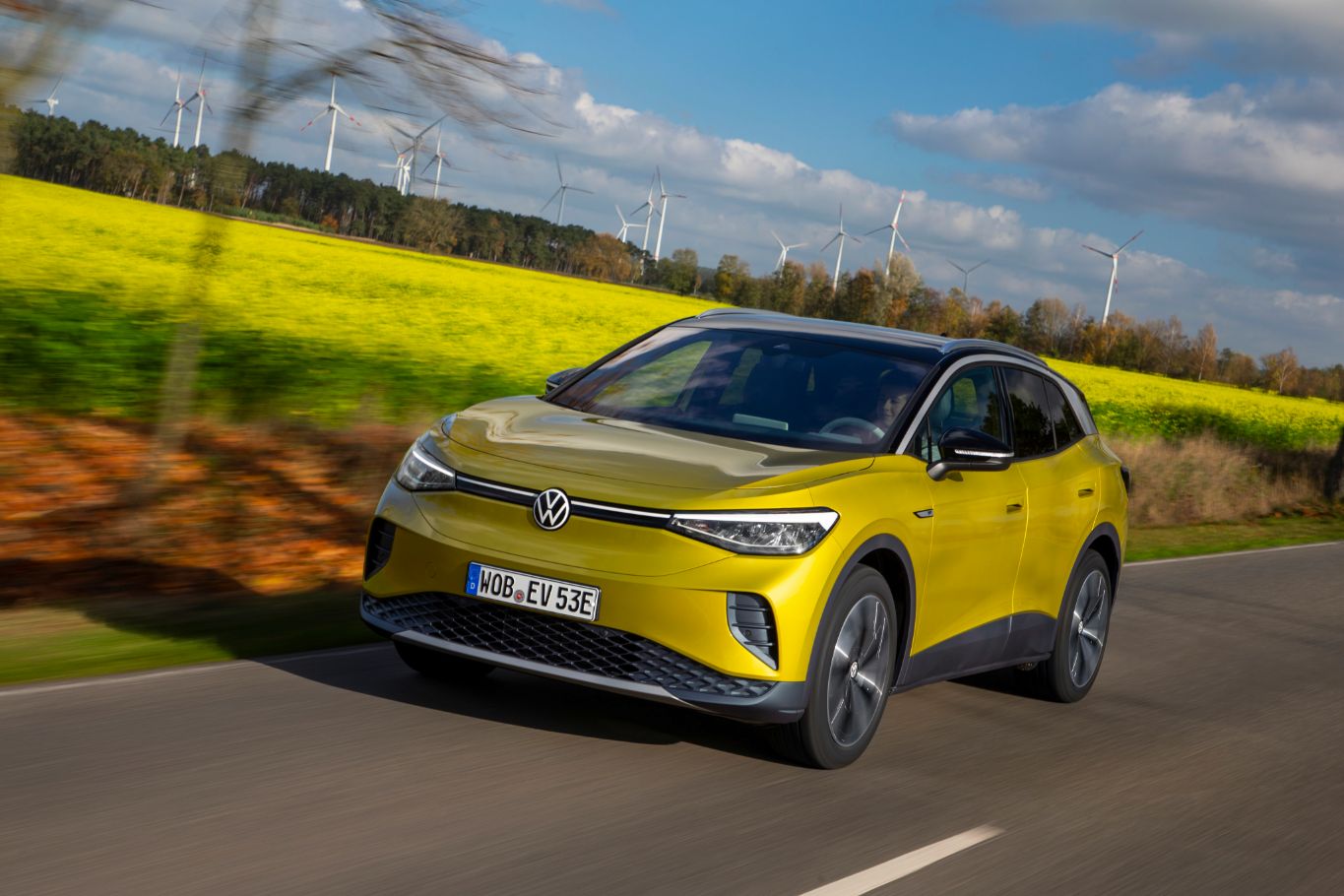 Based on the automaker’s modular new electric vehicle chassis, the ID.4 is the first of several dedicated Volkswagen BEVs scheduled for the future. We’ve already seen the all-electric 2015 to 2020 E-Golf, but that was based on an existing chassis. The all-new ID.4 is a 5-passenger SUV that’s slightly smaller than the compact Tiguan but with a mid-size SUV interior room. Two powertrain configurations will be offered: a rear-motor/rear-drive version with 201 horsepower and a range of around 400 kilometres, and a 302-horsepower iteration with front and rear motors with AWD and a range of about 384 kilometres. VW says to expect a 0-96 km/h time of 5.8 seconds with the AWD version.