A new Audi electric luxury sedan is the latest Tesla Model S rival to be announced. 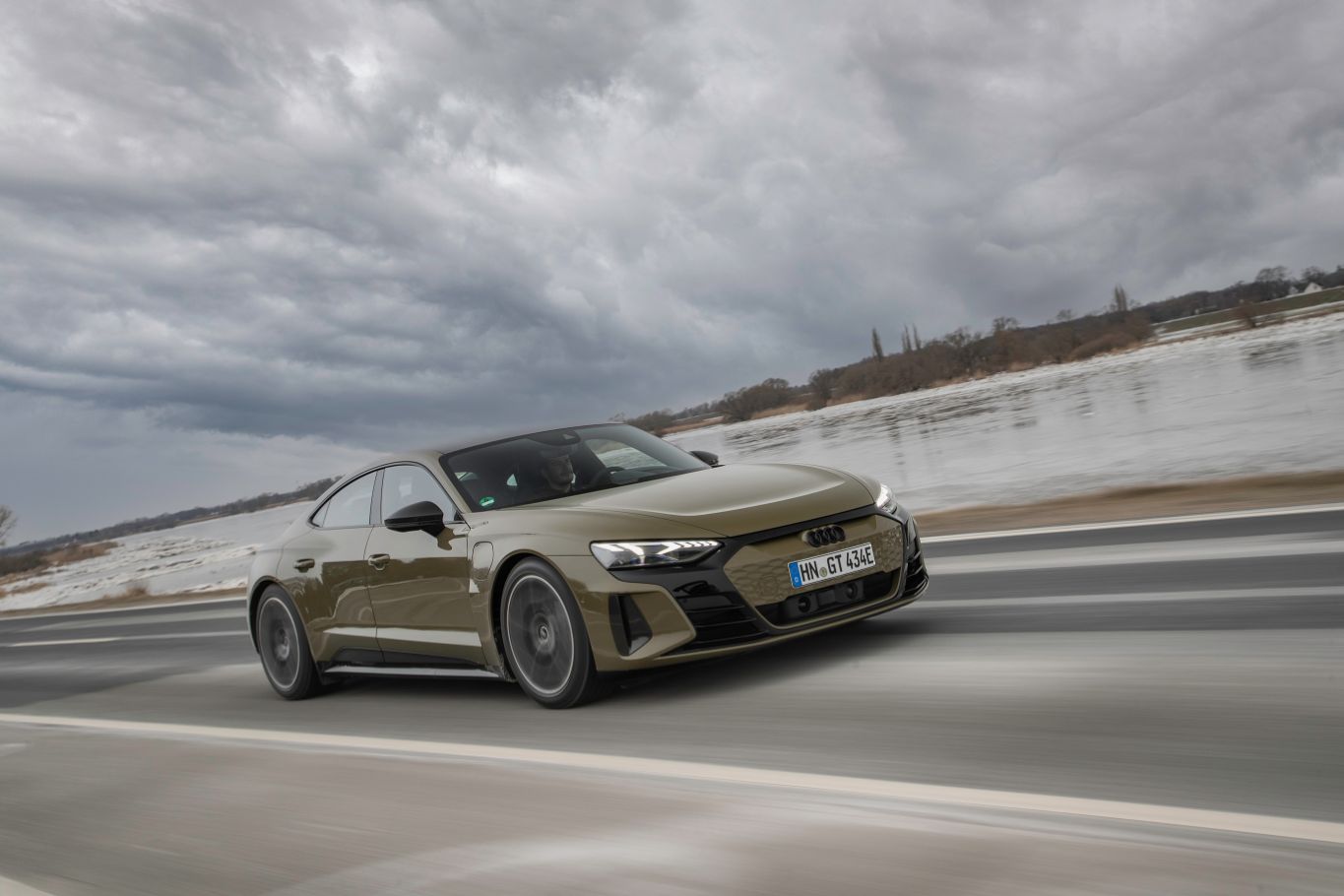 The all-electric, 5-passenger, 4-door Audi e-tron GT quattro’s sleek exterior shows an obvious genetic connection to the Porsche Taycan it shares a Volkswagen Group corporate battery electric vehicle (BEV) platform with—but with Audi tailoring. The shoulder-line bulges of the Porsche are prominent but sport sharper creases to give the Audi more muscle. A contour line just inside the edge of the e-tron GT’s hood and big fascia vents ahead of the front wheels do the same.

Inside, the Audi’s cabin has that driver-focused feel best described as a cockpit. The seats sit low, divided by a wide console. The infotainment screen is a big one, at 12.3 inches. Entirely synthetic materials are standard, with leather an option.

As mentioned, the Audi e-tron GT quattro shares much of its hardware with the Porsche Taycan but offers more power (at least in the base model of each). The standard Audi e-tron GT quattro’s two electric motors (one on each axle) make a net total of 469 horsepower—that number spikes to 522 for 2.5 seconds with launch control. The more powerful RS e-tron GT trim boasts a net of 590 in normal mode, which jumps to 637 with launch control.

The Audi’s standard all-wheel-drive system can shift torque entirely to the front or rear wheels as conditions demand. A controlled differential with variable locking (standard on the topline RS, optional on quattro) and available 4-wheel steering should make handling very precise. Audi says that the e-tron GT quattro is good for 483 kilometres of driving range in the European testing cycle. Keep in mind Natural Resources Canada tests often produce lower numbers. Audi says recharging the battery from 5 % to 80% takes just over 22 minutes.

Audi Canada is taking deposits now, with deliveries expected to start in fall 2021.