The Ford F-Series, Canada's best-selling truck for over 55 years, charges into the future with the quickest Ford truck ever: the 2022 F-150 Lightning, the first-ever all-electric truck from the U.S.-based automaker.

Powered by dual in-board motors with standard all-wheel-drive, the new F-150 Lightning targets 563 horsepower and 775 pound-feet of torque—the most torque of any F-150 ever—when it goes into production in 2022. Ford is targeting the  available extended-range battery to score an estimated driving range of 480 kilometres. The standard-range battery promises an estimated range of 370 kilometres.

The F-150 Lightning is a compelling offering. Above all else, we're pleased by the price. Its sub-$760k (all prices in Canadian dollars) for the base trim; an entry point in Canada that puts it well below the GMC's Hummer EV Truck's estimated $100,000-plus price when it arrives in showrooms in the fall of 2022. General Motors' Chevrolet is expected to answer with its own electric Silverado at a future date. Rival electric trucks, from the likes of Tesla and Rivian, have yet to go on sale. 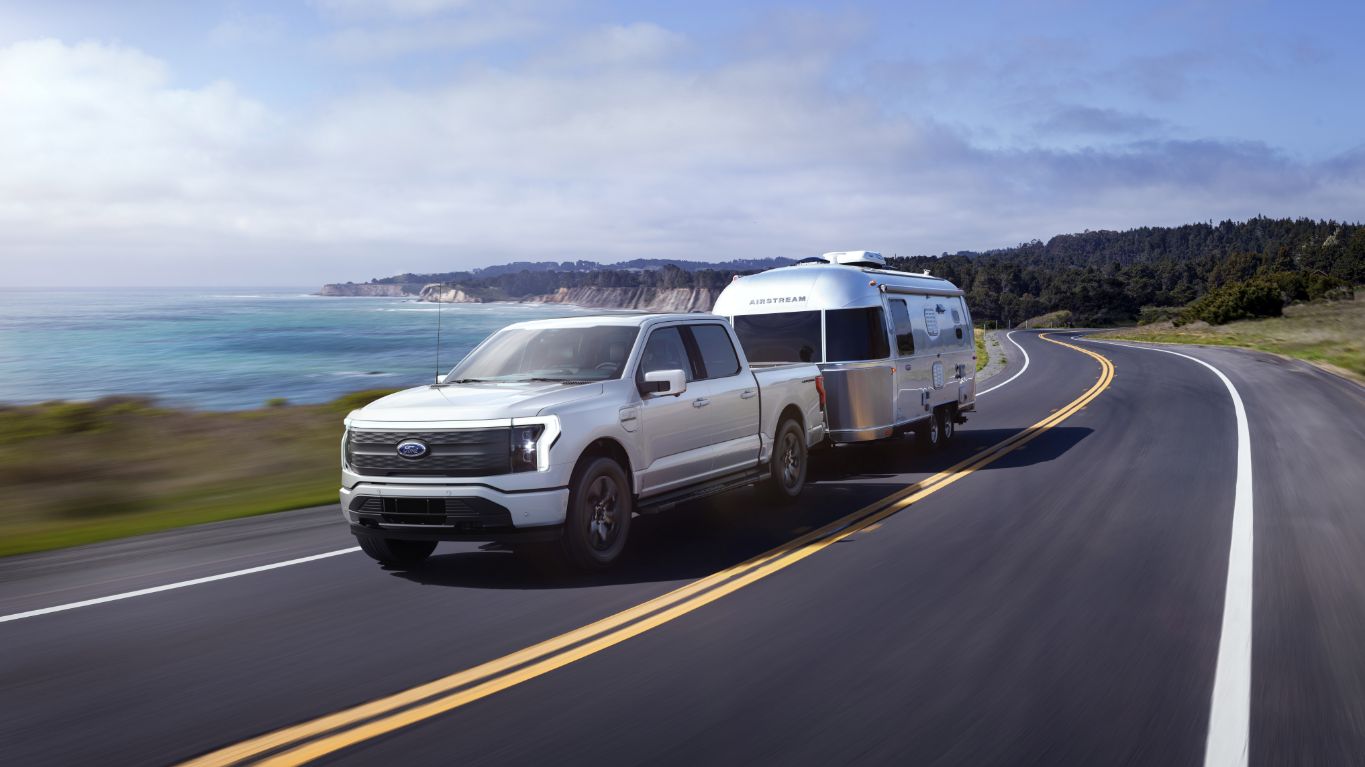 We think Ford can offer its electric F-150 for such a competitive price because the vehicle is based on the latest F-150 chassis, which includes all of its inherent full-size pickup truck attributes and capabilities. But the electric powertrain is all-new.

The Lightning uses two in-board electric motors, one per axle, making every version all-wheel drive. The battery pack and motors together are “protected by a unique exostructure which acts as a shield when off-roading.” Along with a high-strength, military-grade aluminum-alloy body, a new independent rear suspension delivers improved ride comfort. Thanks to its low-set battery pack, Ford claims the Lightning is the best handling truck it has ever built.

Ford claims the Lightning’s electric platform unlocks new capabilities as well, such as enough energy to power an entire home and a massive lockable front trunk (where the gas engine would normally reside) with power and charging capabilities to spare. Ford will deploy standard over-the-air software updates—called Ford Power-Up—to improve the technology experience, add new features and fix issues without trips to the dealership.

Also making its truck debut on the F-150 Lightning in the higher Lariat and Platinum trims is SYNC 4A—a sleek, modern interface supported by a 15.5-inch touch screen and designed to adapt to driver behaviour. SYNC 4A employs natural voice control, cloud-connected navigation and wireless access to your favourite services like Apple CarPlay, Android Auto, and SYNC AppLink apps.

The electric Lightning shares much of its sheet metal with gasoline-powered F-150s but is easily distinguished by its unique front fascia. An inverted U of LED lights connects the headlights and looks like nothing else on the road. It surrounds a dark false grille. A red inverted U on the tailgate mirrors the effect.

Ford had little to say about the Lightning’s interior. It features a 12-inch digital cluster in place of the traditional gauges. A 15.5-inch touchscreen in the portrait position is standard on Lariat and Platinum trims and available on lower-priced models. A button opens the powered front trunk.

F-150 Lightning deliveries to customers are expected during the summer of 2022. As of now, interested F-150 Lightning buyers can contact an authorized Canadian Ford dealer or make a reservation at Ford.ca. Ford says dealers will contact registrants to place their orders beginning fall 2021.

The commercial-oriented base 2022 Ford F-150 Lighting model will start at a Manufacturer’s Suggested Retail Price of $58,000. A mid-level XLT trim will start at $68,000. Ford did not announce specific prices for higher trim versions but did say that the “highest trim level and including all options” will be priced at $110,000.