With the redesigned 2022 Honda Civic Sedan already on sale in Canada, we knew the hatchback version of Canadas' most popular new passenger car was on the way. And here it is, with a thorough exterior restyle, a redesigned interior that improves rear passenger and cargo space, a driving experience tailored towards enthusiasts, and the availability of a manual gearbox—a feature that the 2022 Civic Sedan does not offer. 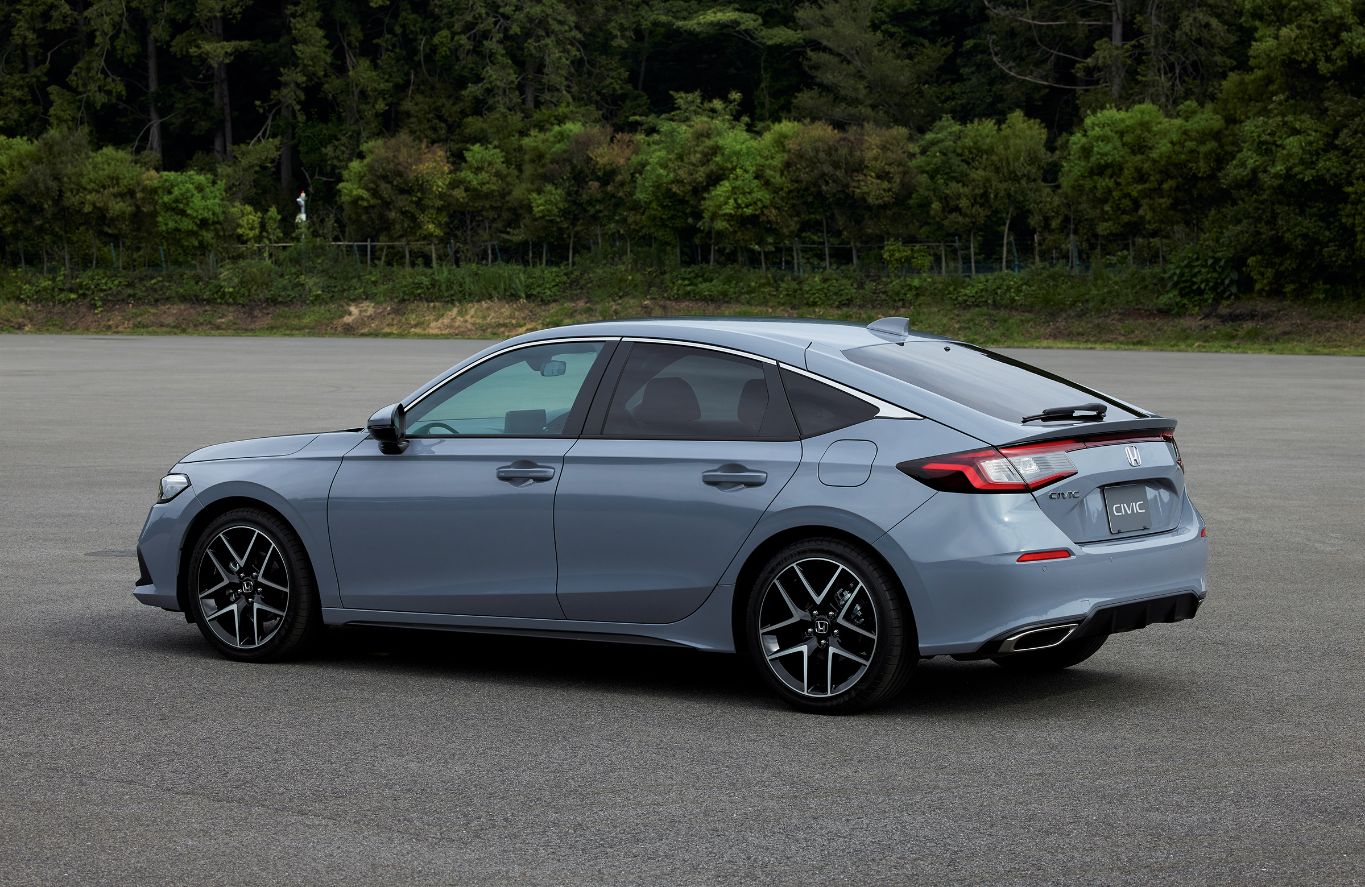 There's some minor front-end styling that distinguishes the new Hatchback from the 2022 Civic Sedan. Technically, the new Hatchback's windshield pillars have been moved back by nearly 50 millimetres (mm), its wheelbase is 35 mm longer, and its rear track is 12 mm wider than the outgoing 10th-generation Civic Hatchback that is still on sale. For parking purposes, note that the 2022 Hatchback's rear overhang and overall length are 124 mm shorter than the 2022 Civic Sedan.

While the 2022 Civic Hatchback's front cabin is nearly identical to the Sedan, the Hatchback's rear legroom has been improved by nearly 36 mm, and the rear headroom has been preserved, thanks to the new hinge design for the new composite hatch. Plus, Honda says the Hatchback's rear cargo space is more easily accessible with a 40 mm wider lower hatch opening. While the Civic Sedan has a trunk volume of 396 litres, the Hatchback has 694 behind its rear seat, which splits 60/40 and folds forward to add even more cargo capacity.

To appeal to driving enthusiasts, Honda claims the 2022 Civic Hatchback’s body structure shows significant gains in rigidity, with a 19% improvement in torsional rigidity versus the previous generation. The stiffer structure supports improvements in ride, handling and refinement.

While a continuously variable automatic transmission (CVT) is the only choice in the 2022 Honda Civic Sedan, the big news for enthusiasts is the availability of a 6-speed manual transmission in the new Civic Hatchback (the CVT is standard). Available with both of the Sedan's 4-cylinder engines and across all trim lines, Honda boasts the manual transmission has been revised for an even sportier feel with improved shift rigidity and shorter shift throws. A new dual-mass flywheel helps reduce noise and vibration transmitted through the drivetrain, too.

Beyond the manual gearbox and rear opening aperture, the new 2022 Honda Civic Hatchback shares the majority of its front cabin, features, and engines with its Sedan sibling.

Honda has simplified the Civic’s interior for 2022. The interior of the new Honda Civic Sedan and Hatchback is understated but handsome. Clean straight lines dominate the airy cockpit, which offers an excellent outward view and an instrument panel with a digital tachometer and an analog speedometer. One of the most notable elements is a honeycomb metal mesh strip spanning the width of the dash. It provides a dividing line for the audio, information displays, and climate controls while also concealing air vents that would otherwise clutter the look of the dash.

Like the 2022 Honda Civic Sedan, the new Hatchback has a standard 7-inch touchscreen or an optional 9-inch screen, the latter with wireless Apple CarPlay/Android Auto.

Honda Canada hasn’t announced an official on-sale date for the new 2022 Civic Hatchback. But expect it to become available towards September 2021.

Also, no official word yet if the 2022 Civic Hatchback will be offered in the high-performance Si and Type R trims.

Like its availability, pricing for the new 2022 Civic Hatchback has not been announced. But know that the current 2021 Civic hatchbacks have a starting Manufacturer’s Suggested Retail Price of $30,400 in Canadian dollars.