Toyota’s iconic compact car has expanded beyond its sedan and hatchback roots to include a new SUV version as the Japanese automaker takes the wraps off its 2022 Toyota Corolla Cross. Joining the burgeoning segment of compact car-based SUVs—like the Honda HR-V, Mazda CX-30, and Subaru Crosstrek—the new 5-passenger Corolla Cross slips into Toyota’s SUV lineup between the smaller CH-R and the larger RAV4.

“The Corolla nameplate is hugely popular in Canada and is a strong seller, year after year, with drivers across the country,” said Cyril Dimitris, Vice President, Toyota Canada Inc. “Millions of Canadians had looked to Corolla for a vehicle that’s fun to drive, easy to own, and equipped with a compelling combination of features, quality, reliability, and safety. Now, the new Corolla Cross gives them even more Corolla choice, with a blend of compact form, impressive versatility, and all-wheel-drive that's ready for year-round driving fun.” 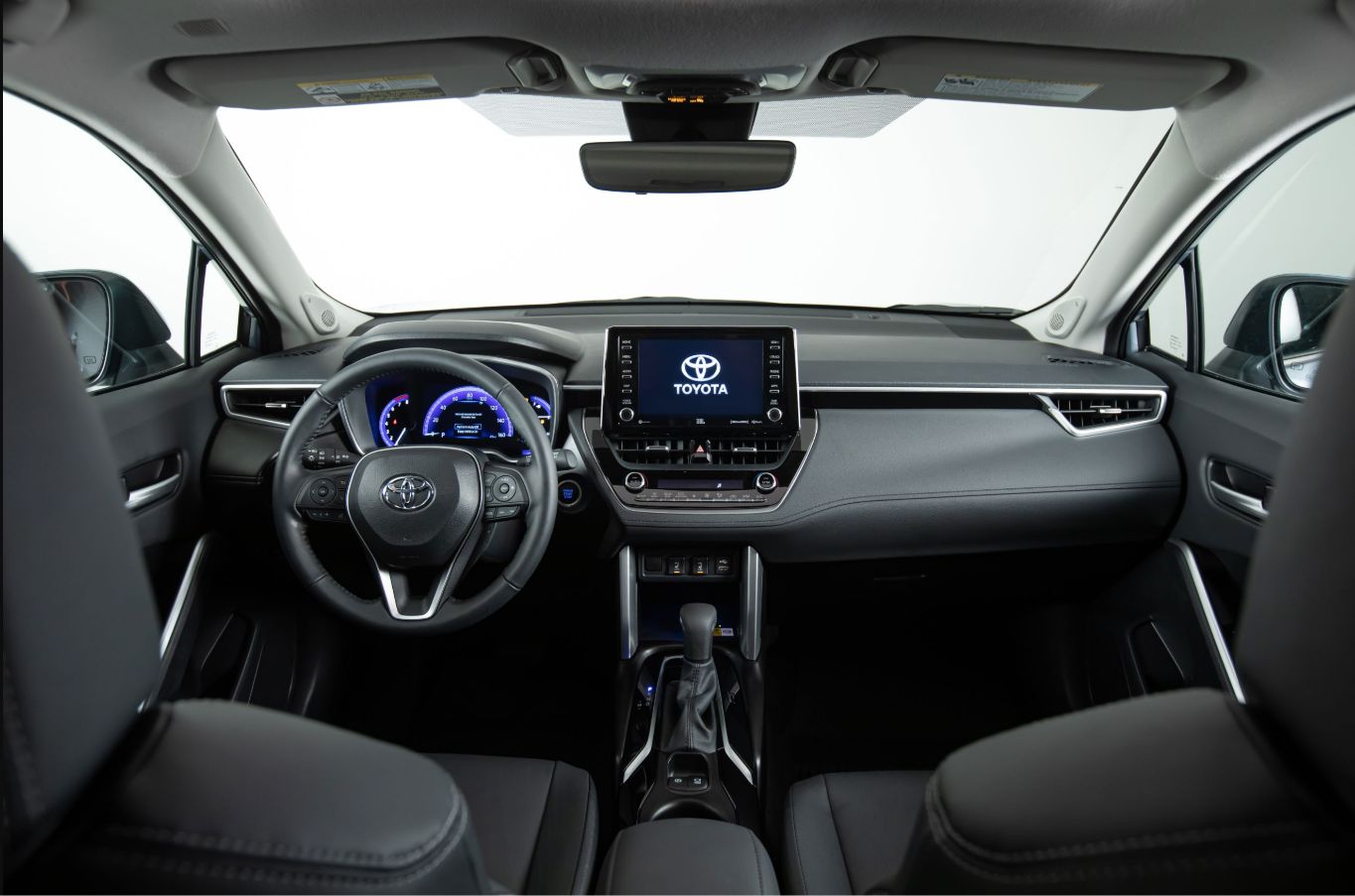 Although based on the same corporate compact platform as the Corolla sedan, hatchback and CH-R, Toyota says the new 2022 Corolla Cross has been engineered to provide a more SUV-like experience.

First, there’s the taller seating position to allow for better visibility. Second, the Corolla Cross shares styling cues with its more purpose-built RAV4 sibling. The Cross’ squared-off body sports a large grille with a blacked-out surround, black fender cladding, and lower rocker covers. From the back, the design elements continue, with an integrated rear spoiler and LED lighting. And finally, although front-wheel-drive (FWD) is standard, the Cross will be the only Corolla model that can be had with all-wheel-drive (AWD).

Some of the Toyota Corolla Cross’ interior bits are shared with its Corolla siblings. A 10-way power-adjustable driver’s seat with lumbar while heated front seats will be standard on all models in Canada. Options include a power moonroof, single- or dual-zone automatic climate control, and leather seating. In back, storage space can be enhanced thanks to 60/40-split folding rear seats that come standard on all trims. Getting to the Corolla Cross’ rear cargo area can be made easier with an optional power liftgate with height adjustability.

Toyota says its new small SUV’s AWD system can direct up to 50% of engine power to the rear wheels when it’s needed. Or disengages when it’s not. Apparently, this feature helps the Corolla Cross achieve competitive fuel economy estimates. Toyota estimates 7.4 L/100 km combined city and highway fuel consumption for the FWD trim and 7.8 for the AWD version.

Another way the Corolla SUV swerves from its sedan and hatchback mates is its fully independent rear suspension for AWD models, while FWD versions get a-new torsion beam system in the rear.

Toyota Canada has not confirmed an on-sale date for the 2022 Corolla Cross yet. But we assume it will be available either late-summer of early-fall this year.

While pricing will come closer to launch, we expect the starting Manufacturer’s Suggested Retail Price for the 2022 Toyota Corolla Cross to start above its sedan and hatchback siblings and between the $23,950 CH-R and $28,590 RAV4.