The Toyota bZ4X is the first of many electric vehicles (EVs) the Japanese automaker plans to sell over the next few years. Debuting as a concept, this electric SUV is about the size of the Japanese automaker’s best-selling RAV4 compact SUV. Still, the bZ4X appears close enough to the production form that we expect to see it hit the showroom with few changes.

Toyota says the bZ4X will be the first of seven vehicles that will sport the bZ preface (which stands for "beyond zero"), referring to the automaker's attempt to build cars that go "beyond zero emissions." As part of a company strategy to be carbon neutral by 2050, Toyota plans at least 15 global EVs altogether and "around 70" electrified models" (a term that also encompasses gas-electric hybrid, plug-in electric hybrid and all-electric vehicles) globally by 2025.

“The Toyota bZ4X concept points to yet another option in our already robust electrified portfolio,” said Bob Carter, Toyota Motors North America executive vice president of sales. “At Toyota, we are a human-centred company— the customer is our CEO and will ultimately decide which technologies will carry us toward a carbon-neutral future. With investments and product offerings across the spectrum of electrification, we intend to be there with products and technologies that meet the diverse needs of customers around the world.” 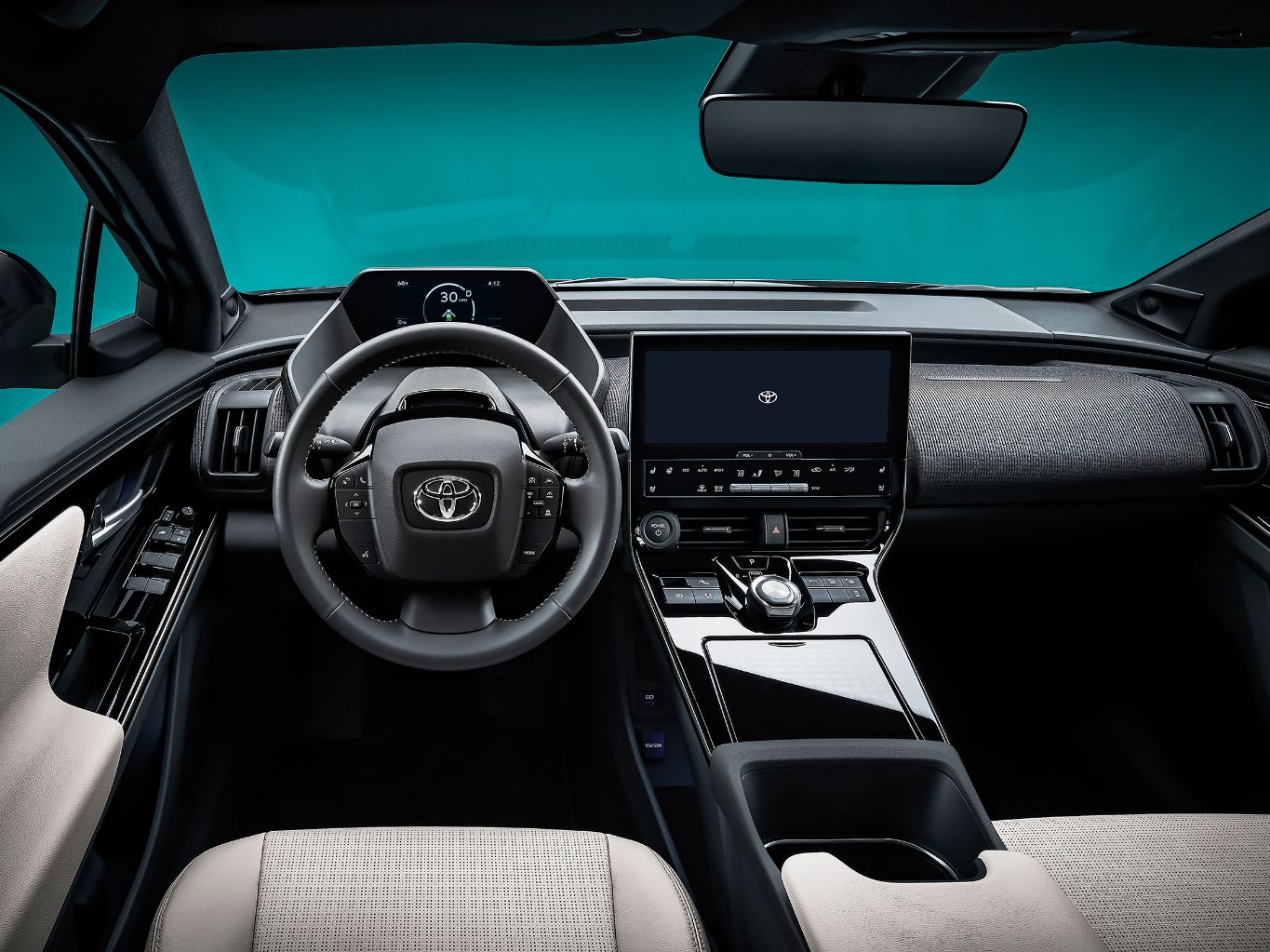 Toyota didn’t reveal any mechanical or performance details about the bZ4X. Jointly developed with Subaru, the Toyota bZ4X SUV is built on a new dedicated Battery Electric Vehicle (BEV) platform. The concept is said to convey a combination of Toyota’s legendary quality, durability and long-term reliability in combination with Subaru’s all-wheel-drive (AWD) capabilities to achieve a driving experience that is both comfortable and engaging.

The Toyota bZ4X SUV concept features a long wheelbase with short overhangs, resulting in a distinctive design with ample interior space. Since EVs lack a transmission (and the transmission hump that divides the right and left sides of a gasoline-powered car’s cabin), designers of EVs often strive for a more spacious feel. Photos don’t show as radical an open concept as some recent EVs. The Hyundai Ioniq 5 and Kia EV6, for instance, omit the division between seats. In the bZ4X’s case, Toyota uses a center console that replicates the old-fashion transmission hump but with an open space beneath it.

The most notable visual change is the curious instrument cluster. Rather than using a conventional binnacle cover, the screen features an open top and sits far forward from the driver. Toyota says that should improve forward visibility. There appears to be a button for one-pedal driving, like that of the Nissan Leaf EV.

The bZ4X shares design cues with the RAV4, with its busy styling and numerous angular body lines. Toyota has not felt the need to give it a false grille. It simply leaves an expanse of steel where it would otherwise sit to make it obvious the vehicle is electric. The wheel arches are black as if they were the black plastic body cladding common to some less-expensive cars. But the effect appears to be just a paint colour. This detail may disappear when the car goes into production.

Toyota plans to produce the Toyota bZ4X in Japan and China and begin worldwide sales of the production version by the middle of 2022 as a 2023 model.

Toyota has given no hint as to the bZ4X’s price. The closest model in size and function is the 2021 Toyota RAV4 Prime, a plug-in gas-electric hybrid with an estimated 68 kilometres of pure electric range. That model starts at $44,990 CAD, not including any Canadian federal or provincial EV rebates.