BMW’s smallest 2-door gets its first redesign since it arrived in 2014. 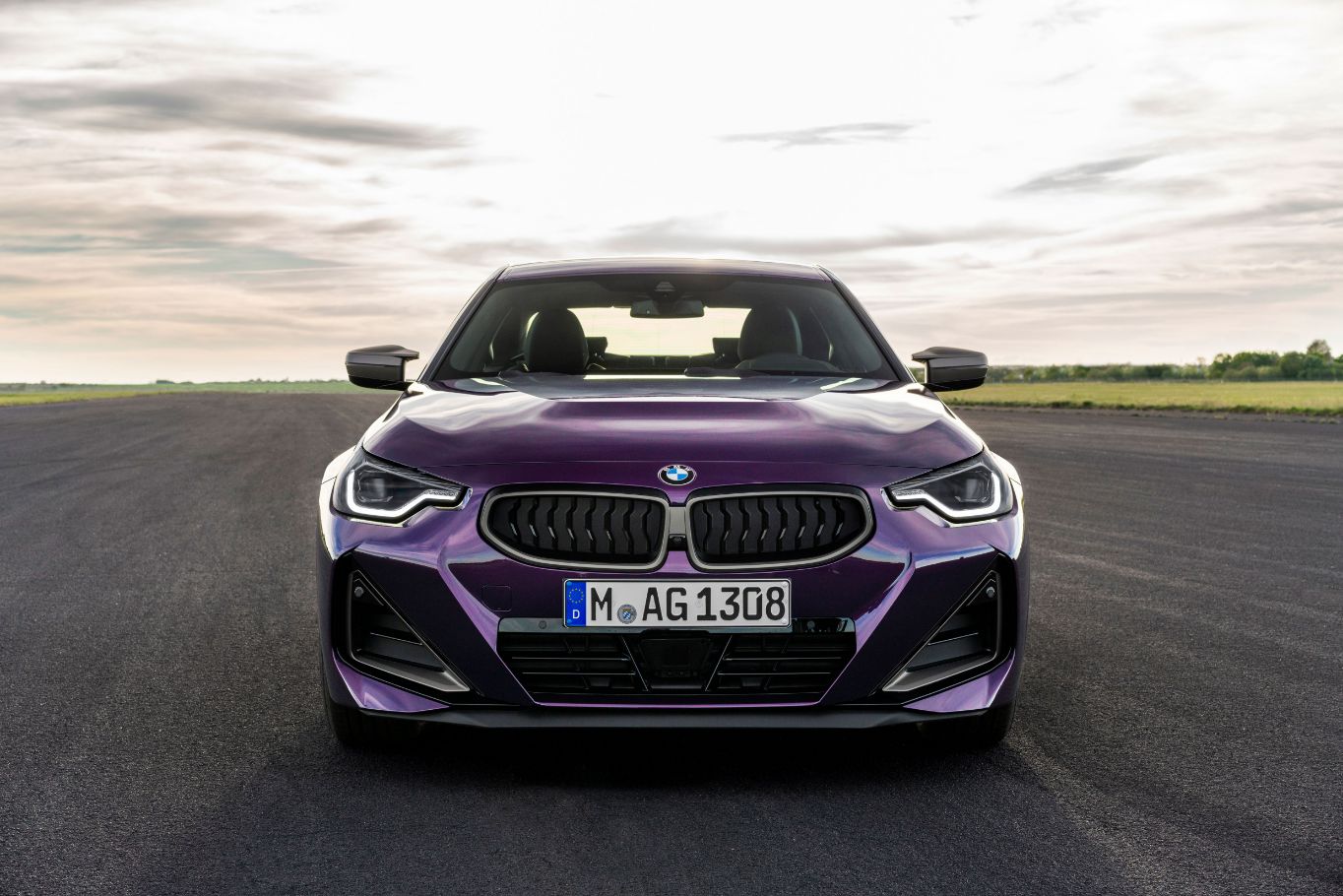 Not to be confused with the 5-passenger, front-wheel-drive-based BMW 2 Series Gran Coupé 4-door compact sedan, the rear-wheel-drive-based 2+2 passenger 2022 BMW 2 Series Coupé boasts a more muscular look that takes advantage of its larger dimensions from the outside. The new BMW M240i xDrive model—the first to arrive in Canada—is 88 millimetres (mm) longer, 66 mm wider, 2.5 mm lower and has a 50 mm longer wheelbase than the M240i xDrive Coupé it replaces. Front and rear tracks increase by a significant amount—63 millimetres (mm) at the front and 61 mm at the rear.

The wider wheel arches reflect the increase in front and rear track, while the hood and fenders have a sharper, more crisply defined look than the model it replaces. Upfront, the 2 Series retains a more traditional, slightly more horizontal take on BMW’s twin-kidney grill. That inlet is flanked by slim LED lighting.

At the rear, the 2 Series Coupé sports a ducktail spoiler integrated into the decklid and distinctive angular LED taillamp units. Rounding out the look at the rear is a large diffuser flanked by round dual exhaust tips.

In addition to its new exterior styling, the interior features a driver-oriented cockpit design. The setup groups the iDrive controller, gear selector, start/stop button, and a driving mode switch in the control panel on the centre console. BMW also offers a head-up display for the first time in the 2 Series Coupé.

The new 2022 BMW 2 Series Coupé will continue to offer both turbocharged 4- and 6-cylinder engines. But both engines benefit from minor improvements.

The new base 230i continues to use a 2.0-litre turbocharged 4-cylinder engine. It now makes 255 horsepower (a gain of seven horses, while torque at 295 pound-feet is increased by 37) mated to an 8-speed automatic transmission.

A 3.0-litre engine continues to power the new M240i xDrive. It now makes 382 horsepower from its twin-turbo inline-6 engine along with 369 pound-feet of torque. This engine also uses an 8-speed automatic transmission. The improvements represent respective gains of 47 horsepower and 1 pound-feet of torque over the previous model. BMW says the M240i accelerates to 60 miles per hour (96 kilometres per hour) in 4.1 seconds and reaches a top speed of 250 km/h.

The 2022 BMW 2 Series Coupé goes on sale this November.

In Canada, the 2022 BMW M240i xDrive Coupé will be the first of the two trims to arrive with a starting Manufacturer’s Suggested Retail Price of $56,950 CAD.