The Lexus NX is one of Canada's most popular new luxury vehicles. But its compact luxury SUV rivals—like the Acura RDX, Audi Q5, BMW X3 and Mercedes-Benz GLC—have been upping the ante. Since its first significant redesign as a 2015 model, the 5-passenger 2022 Lexus NX has learned some lessons from its rivals. And it answers back with a few extra twists.

"We are excited to share the all-new 2022 Lexus NX for many reasons," said Martin Gilbert, Director of Lexus Canada. "First, because it sets a new standard in the luxury crossover market with innovations in electrified powertrains, modernized design, an intuitive cockpit, driving dynamics, and safety. Second, it offers Canadians a choice of exciting powertrains—including a more powerful self-charging hybrid and the first Lexus plug-in hybrid. And third, because starting in 2022, most of the NX models we sell in Canada will also be built here in Canada." 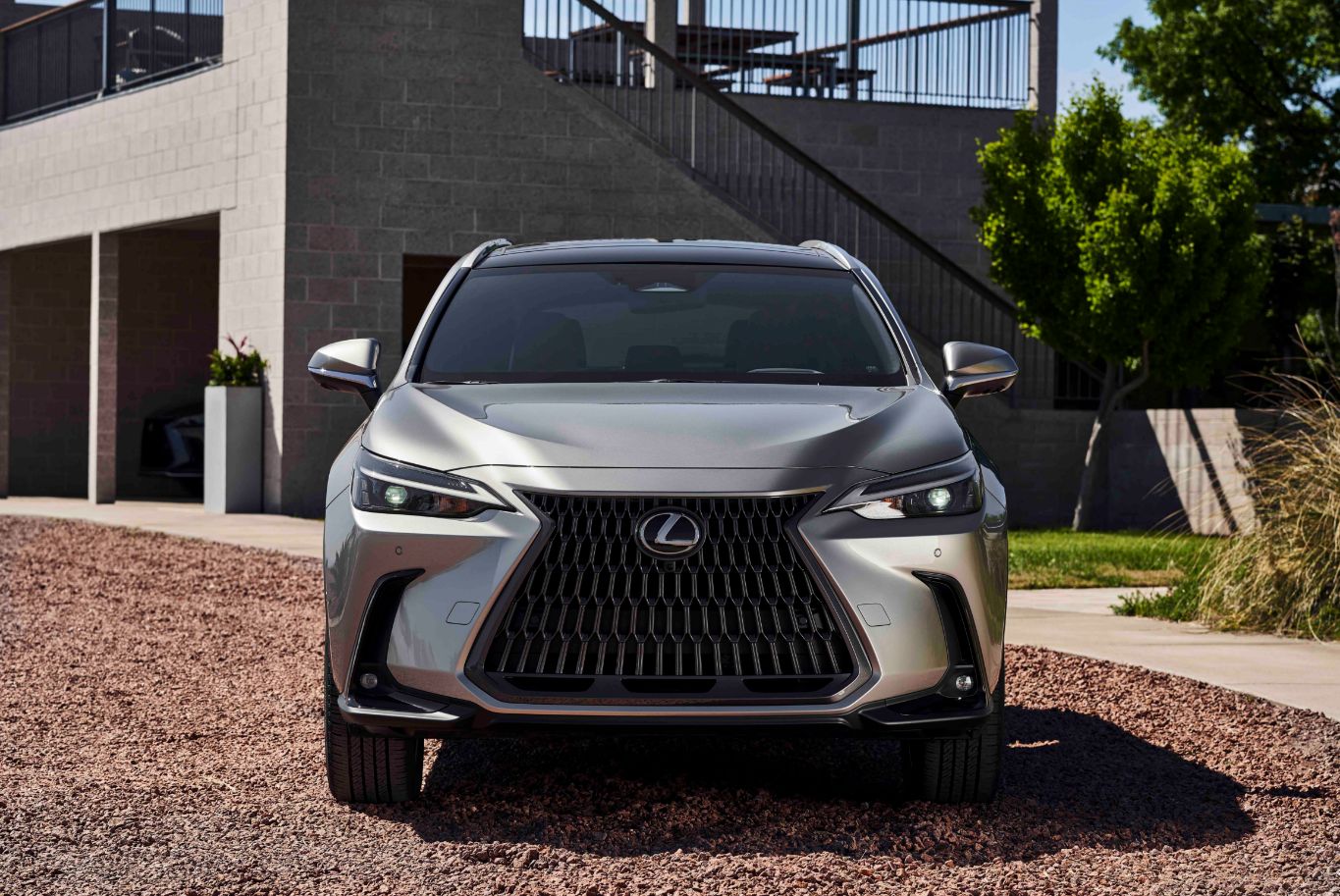 The all-new 2022 Lexus NX is larger, with a sleeker roofline and a new take on Lexus’ bold spindle-shaped grille. In addition to its more chiselled looks, the rear deck now sports the Lexus brand name in large letters. Though it spells out its name on the hatch, Lexus uses its stylized L logo on the front grille and wheel caps. More important than the exterior styling is the all-new platform beneath the vehicle. The Lexus GA-K architecture employs an independent front and rear suspension.

In Canada, the 2022 Lexus NX lineup will consist of four trim levels, all with all-wheel-drive (AWD) as standard:

Lexus says the new interior of the 2022 Lexus NX features a driver-oriented design. The centre infotainment display cants slightly toward the driver. Behind the steering wheel is a 7-inch multi-instrument display panel, while a larger 10-inch head-up display projects onto the windscreen.

Other upgrades as part of the redesign are a more generous cargo area and greater head and legroom. Heated front seats are standard, while heated rear seating positions are optional. Also available for the first time on the NX is a 2-panel panoramic moonroof.

Finally, thanks to the electronic door latch system, the NX also adds a disable feature for the doors to prevent them from opening in the path of oncoming cars or cyclists. Also available is a rear-view mirror with a digital image mode.

Not much. The 2022 Lexus NX is one of those rare vehicles that appears to be genuinely “all-new.”

The 2022 Lexus NX is scheduled to go on sale in Canada later this summer.