There’s nothing quite like the Subaru WRX. Canadian car buyers looking for a compact, dirt/snow-road-car with a non-luxury price tag once had several choices to consider. But, while most of them have dropped off the market, the WRX soldiers on alone.

That hasn’t stopped Subaru from improving it. For the 2022 model year, the Japanese automaker has rebuilt its rally legend from the ground up. It’s the first all-new WRX since the 2015 model year, and, on paper, it looks like a fantastic improvement. 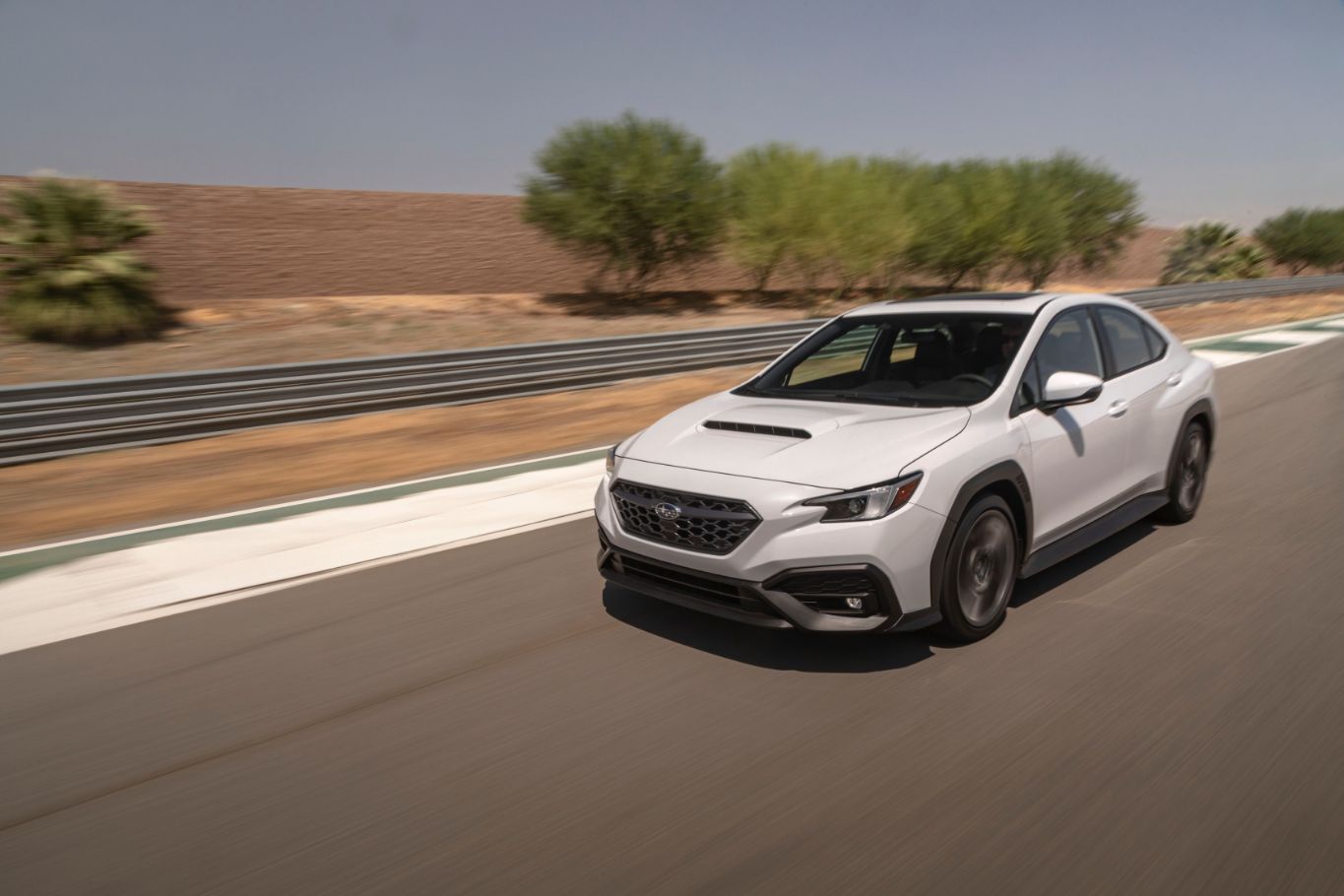 The most significant change comes in the bones the 5-passenger compact sedan rides on. The 2022 WRX uses the new Subaru Global Platform, boosting torsional rigidity by 28%. The rear stabilizer bar is bolted directly to the chassis, limiting body roll in hard cornering. Subaru says the suspension mounting points are now 75% stiffer as well. All of that should translate to a very stable car. Subaru assumes drivers will need that stability. Engineers increased suspension travel in the front and rear—assuming that not a lot of WRX’s will live their lives entirely on smooth pavement.

Under the hood, you’ll find a version of the 2.4-litre turbocharged flat 4-cylinder gas engine Subaru also uses in the mid-size Legacy sedan and Outback wagon. Here, it makes 271 horsepower and 258 pound-feet of torque. Power goes through a 6-speed manual transmission or a new continuously variable transmission (CVT) designed to feel like an 8-speed automatic. The CVT even has paddle shifters so that drivers can mimic forcing gear changes.

Viewed from the outside, the 2022 WRX is still obviously a WRX. The wide hood scoop sits above narrower headlamps and a wider grille than the old car. Significant fender bulges give it a widebody look. It also results in a small trunk opening that might be an annoyance, but no one buys a WRX for its practicality.

But we’re avoiding the first thing you may have noticed. New black plastic cladding surrounds larger wheel wells. It looks like something you’d expect on an SUV, but it has heritage. It’s a bit of a callback to the early Outbacks when that car was marketed as a trim level of the Legacy wagon. It also clearly establishes that the WRX is meant for something beyond suburban parking lots. The plastic will probably prove divisive, but we think it works here.

It’s almost a cliché at this point to say that a giant central touchscreen dominates a car’s interior. But the WRX’s dash is so minimalist, and the portrait-oriented, 11.6-inch screen is so big for the space that it has to be said. The only interior colour option is black with red contrast stitching. Carbon fibre pattern accents (not real at this price), a flat-bottom steering wheel, and drilled metal pedals give it a performance car feel. A new top-of-the-line GT trim offers the option of aftermarket Recaro racing seats.

The signature style that WRX fans love remains intact. It employs a low-set, boxer engine with horizontally-opposed cylinders, symmetrical all-wheel-drive, and snarling attitude. But it incorporates them all onto a stiffer chassis with that more powerful engine and new styling.

The new WRX should reach dealerships late in 2021.