It's been a long road for the new 2022 Toyota Tundra, representing the first significant makeover of the Japanese automaker’s full-size pickup truck since the 2nd-generation made its debut as a 2007 model. While it's not had the sales success of the Ford F-150, Chevrolet Silverado/GMC Sierra twins, or even the Ram 1500, the Tundra has carved out a devoted, loyal following that's evidenced by its solid residual value.

As the 3rd-generation of its namesake, the new 2022 Tundra looks to improve everything: performance, capability, multimedia, creature comforts and more. 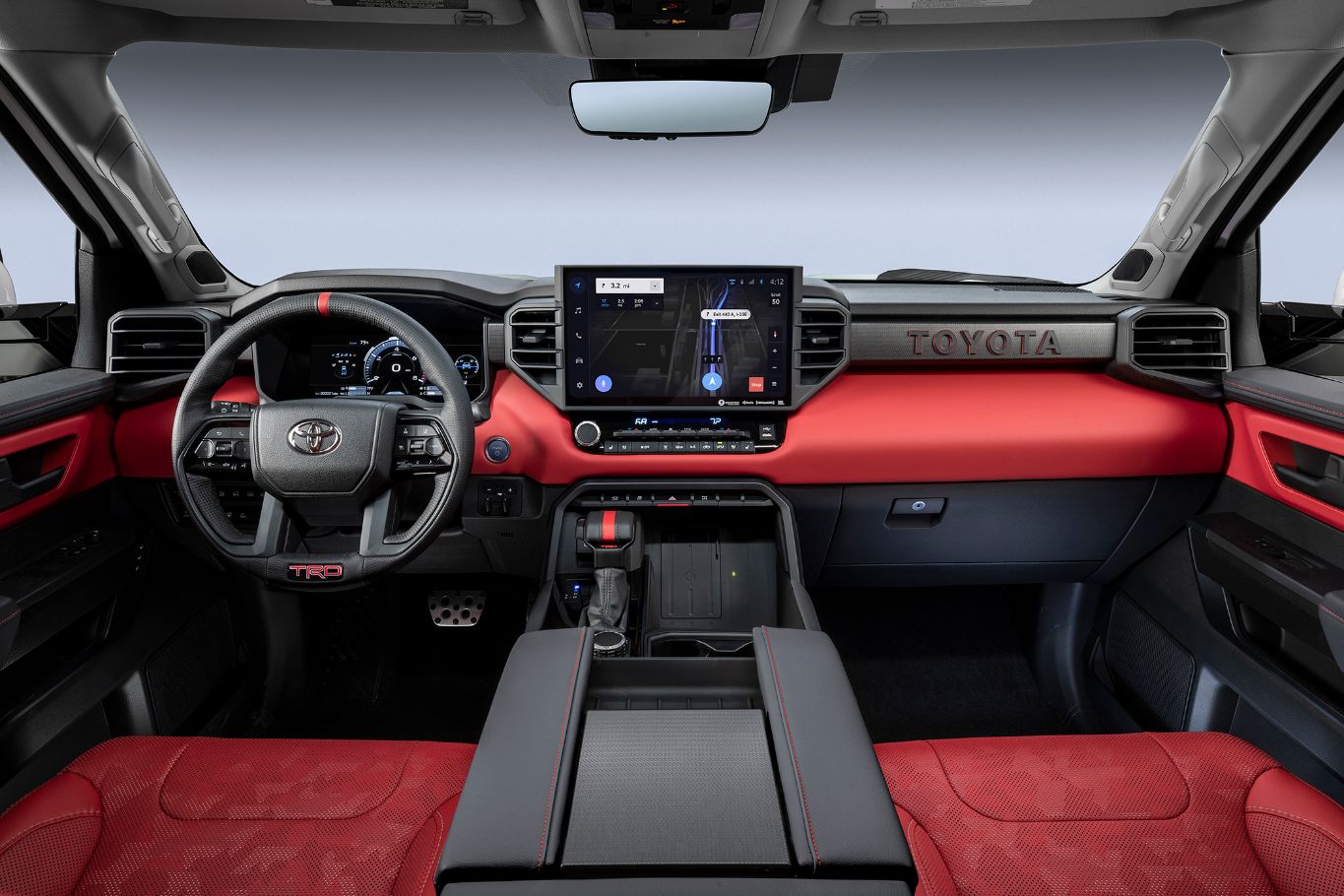 According to Tundra's Chief Engineer, Mike Sweers, the 2022 Toyota Tundra is all-new, sharing no parts with the outgoing model. Sweers says that even such innocuous pieces as turn-signal stalks had been reworked and updated in Tundra's redesign. And one different area is the Toyota truck's new exterior design.

For 2022, the Tundra's look is a lot bolder. The hexagonal grille is flanked by slim-mount LED headlamps and functional air intakes. At the rear, the name "TUNDRA" is impressed into the tailgate. Bold, vertical taillamps lock in the tailgate at the vehicle's corners. Toyota's designers used the term "chiselled liquid" to describe the Tundra's bodywork.

Inside, a wide, horizontal dash is more premium than the outgoing Tundra’s unit, with higher grades of materials. An 8-inch touchscreen is standard, with a giant 14-inch center touchscreen available. A combination analog/digital instrument panel with a 4.1-inch multi-information display is standard, while a 12.3-inch TFT digital instrument panel is available (standard on upper trim levels).

While the Tundra doesn’t use aluminum for all its body panels (like the Ford F-150), it employs the lightweight material in the door skins and hood. Weight savings also extend to the bed, which uses an aluminum-reinforced sheet moulded compound instead of steel. It’s similar to the approach used in the current Tacoma but engineered for more strength and payload capacity.

While the current Tundra comes only with a 5.7-litre V8 gas engine, making 381 horsepower and 401 pound-feet of torque, the new 2022 models will only offer 6-cylinder engines. The base unit will be a 3.5-litre twin-turbocharged 6-cylinder gasoline engine producing 389 horsepower and 479 pound-feet of torque. A 10-speed automatic transmission will be standard—4 more gears than the current model’s 6-speed auto.

Instead of offering a V8, the optional powerplant is a gas-electric hybrid, joining both Ford and Ram in offering hybrid technology on a full-size pickup. The base 3.5-litre twin-turbo V6 gets a motor generator with a 288-volt battery. Together, the setup produces 437 horsepower and 583 pound-feet of torque and uses the 10-speed automatic transmission.

Another noteworthy change to handling and performance is a new multi-link rear suspension, which ditches leaf springs in favour of coil springs. Toyota says ride comfort, straight-line stability and overall handling dynamics will be improved over the outgoing Tundra with the new independent rear suspension.

Not much. As with the outgoing generation, the 2022 Tundra will come in Double Cab or Crew Max configurations—4-doors only. Double Cab models get a 6.5-foot bed or a new 8.1-foot bed, while Crew Max trucks get a 5.5-foot or 6.5-foot bed.

The 2022 Toyota Tundra will go on sale late this year.

While pricing for the new 2022 Tundra will be announced closer to launch, the starting Manufacturer’s Suggested Retail Prices in Canadian dollars for the 2021 Tundra range from the base $47,010 4X4 Double Cab to the $64,250 Platinum trim.