Sized between the midsize X5 and fullsize X7, the new XM is an all-new two-row SUV with serious performance ambitions.

BMW’s fabled M division usually has one job. It takes the company’s ordinary vehicles—already known for their performance—and uses tricks learned from its long history in racing to turn them into exceptionally high-performance machines.

Two times in its history, it has deviated from that formula and built a car from scratch. The first was the late-1970s M1 supercar. The second is this, a midsize plug-in hybrid electric SUV built to get your pulse racing and the internet’s opinion sections screeching. 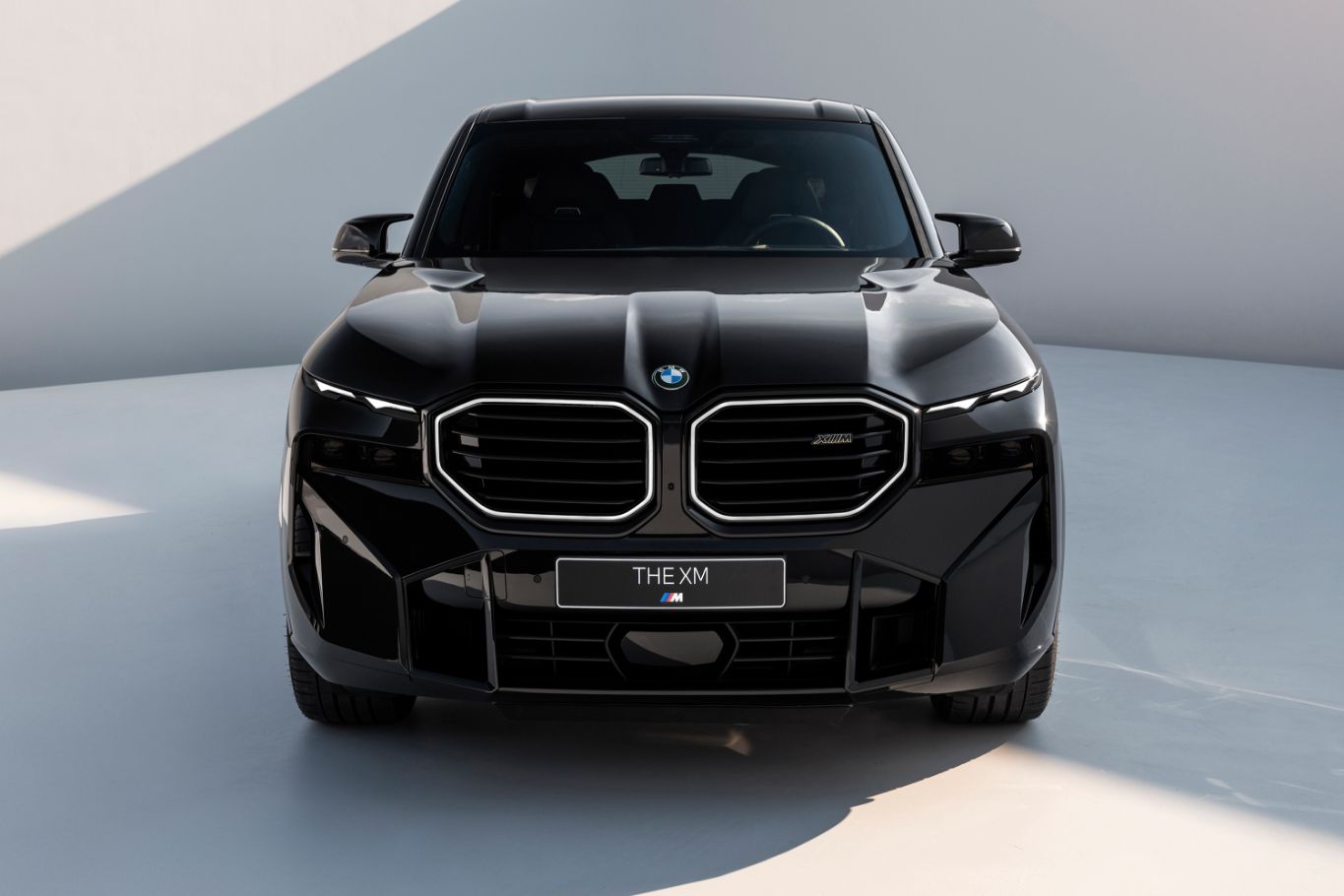 What are the new BMW’s power and driving range numbers?

BMW is playing a bit of an advertising game in calling this the second pure M car. It uses some off-the-shelf components from other BMWs. It rides on the same platform as much of the current BMW lineup. And, under the hood, you’ll find the M team’s favourite toy.

The well-known 4.4-litre twin-turbo V8 is found in many M cars and the 760i fullsize luxury sedan. Here, it makes 483 horsepower on its own, but it doesn’t work alone. It’s mated to a 161-hp electric motor. Both send power through the same eight-speed automatic transmission, and by the time it gets to the tires, it somehow totals 644 horsepower.

According to BMW Canada, zero-to-100 kilometres per hour comes in 4.3 seconds (faster than most versions of that low-slung ’70s supercar). It also has 50 kilometres of all-electric range.

Every XM is all-wheel drive, slightly biased to the rear because this is a BMW. Active roll stabilization helps you stay flat in the turns. A first for an M car, it gets four-wheel steering.

If all of that doesn’t impress you, BMW will release a more powerful XM Label Red next summer. It’s good for 735 horsepower.

Almost to a writer, automotive journalists complain about how BMWs look. This one more than any other. The reaction to BMW’s latest design has been shock and a lot of mockery. But we’re just going to be the pariah here and say this has real charm. Yes, it’s wearing an oversized gold chain. But it’s working it.

The XM wears the big boar snout that has polarized BMW fans on the 7 Series, the iX battery-electric SUV, and other recent designs. It heard that some people don’t like that look, so it decorated its big nostrils in gold to spite them. Its eyes…er…headlights look narrowed to slits like it’s about to charge you. And it wears gold on its wheels and window trim, in a soft shade like sunlight through polarized glasses.

And all of that works with this angular design theme. The proportions even serve to balance out the vehicle’s size. It’s nearly as long as the X7 but doesn’t look huge from any angle.

No. But in a good way. The XM’s five-passenger cabin design is elevated to art.

BMW offers four trim colour combinations but clearly favours one that combines a medium blue called Deep Lagoon Merino leather with a vintage brown like a baseball glove above the midline. The now-ubiquitous curved housing combining the touchscreen and driver’s instrument panel is canted toward the driver severely enough that passengers will probably feel like they’re invading the driver’s personal space if they change a setting.

The headliner is unique, made of Alcantara in a fractal pattern with 100 embedded LED lights that adjust lighting according to time of day and driving mode.

Some driver assistance systems are standard, like automatic emergency braking and Evasion Assistant (it helps you steer around road obstacles, not laser blasts, though it sounds like the latter). Others, like active cruise control, are added-cost options.

With an opulent interior, a polarizing look, and power strapped to its power for more power, the XM is headed for dealerships in the fourth quarter. It will start with a Manufacturer's Suggested Retail Price of $220,000 in Canadian dollars.