Cadillac is planning on a new high-performance V-Series of its full-size Escalade SUV.

No vehicle can do everything, but a few come close. High-performance large SUVs, for instance, are almost comically capable machines. They can haul seven passengers in comfort, out-accelerate many smaller vehicles, and even dance more nimbly than you’d expect, thanks to engineering wizardry.

But they’re scarce. Since Dodge ended its run of its 710-horsepower Durango SRT Hellcat for the 2021 model year, no U.S.-based automaker has attempted the built-like-a-lineman, dances-like-a-ballerina feat of selling a high-performance 7-passenger SUV.

That’s about to change. 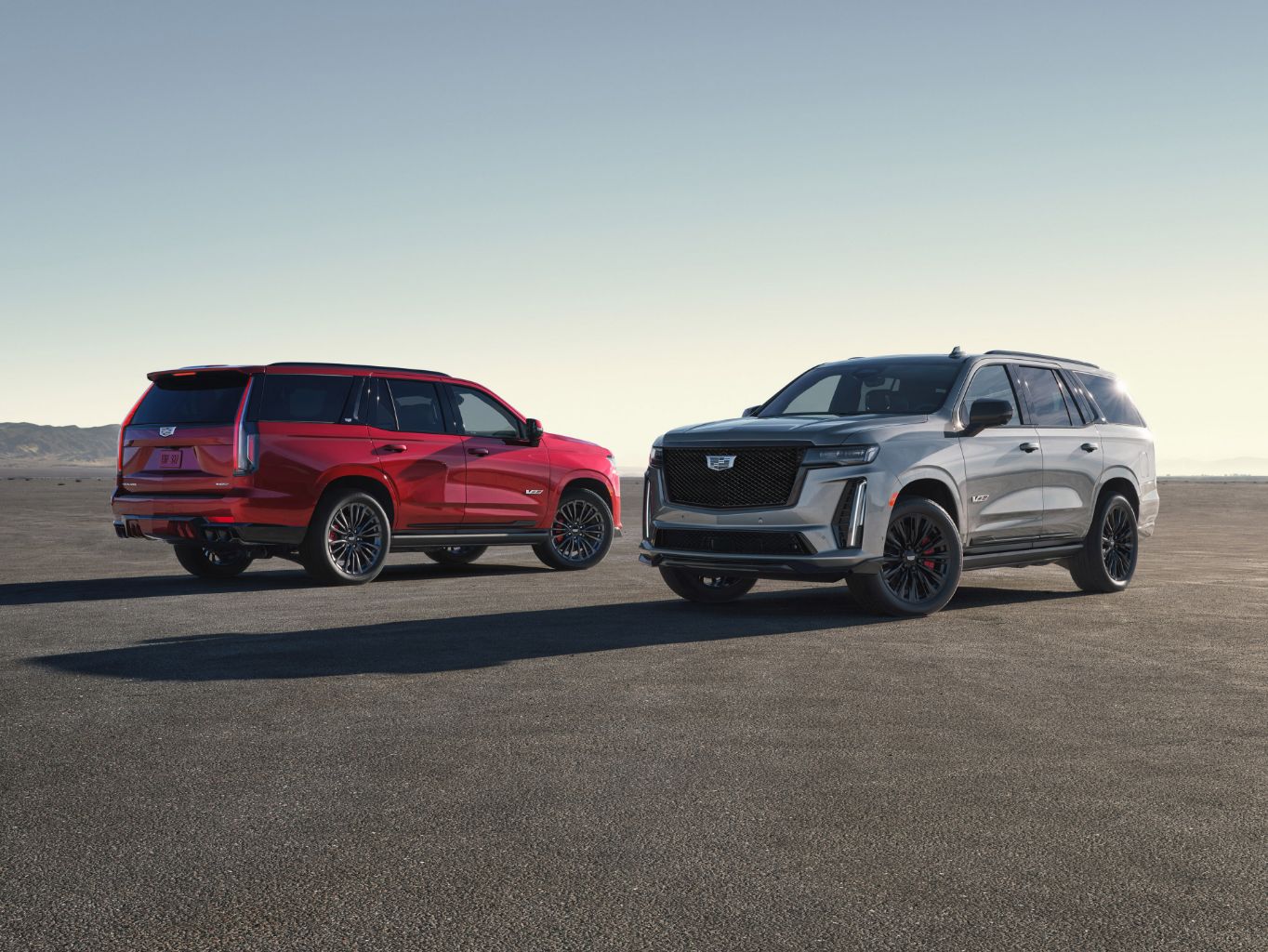 Cadillac has only sent out a handful of images and one short video posted on Twitter. The video doesn’t show much—just a line of Cadillac sedan headlights flanking a much taller set of lights that could only be an Escalade. But it reveals more with its soundtrack. The characteristic whine of a supercharger accompanies a roaring V-8 gas engine, shifting quickly through several gears. The screen then fades to black before revealing the stylized V logo Cadillac attaches to high-performance special editions of its cars.

Those, by the way, can be exceptionally pricey.

The 2022 Cadillac CT5 sports sedan starts at about $41,498   in Canadian dollars. Its CT5-V Blackwing high-performance edition starts   at $87,798. We have no idea what you should expect to pay for an Escalade V-Series. But it’s safe to say it will command a significant premium over the $90,693list price of the base Escalade.

Cadillac already builds a supercharged 8-cylinder for high-performance cars. The 6.2-litre V-8 it uses in the CT5-V Blackwing would be a logical choice for a big V-Series SUV. It makes 668 horsepower in the sedan, though Cadillac would likely have to adjust the power to mount it in the much-heavier Escalade.

But the real engineering feat in building a high-performance full-size SUV is tuning a suspension that can make the big body feel lighter. Cadillac’s Magneride system might fit the bill.

When will it go on sale, and how much will it cost?

If you’d like to know more, unfortunately, you’ll have to wait a few months.

Cadillac says, “More information about the 2023 Cadillac Escalade V-Series, including full vehicle specs, will be revealed in spring 2022.”