The Land Rover Defender has always been a capable off-road vehicle. Since its introduction in the 1980s, it has usually been available in three sizes. The latest version had been a departure, offered only in a 2-door Defender 90 and a 4-door Defender 110 with two rows of seats and a third-row jump seat usable in a pinch.

No more. The real 3-row Defender is here.

Land Rover has debuted the 2023 Defender 130. It’s a genuine 8-seat SUV with more cargo space but nearly the same off-road prowess as its shorter versions, targeting buyers who may also be considering an Audi Q7, BMW X7, Mercedes-Benz GLS-Class, or Volvo XC90. 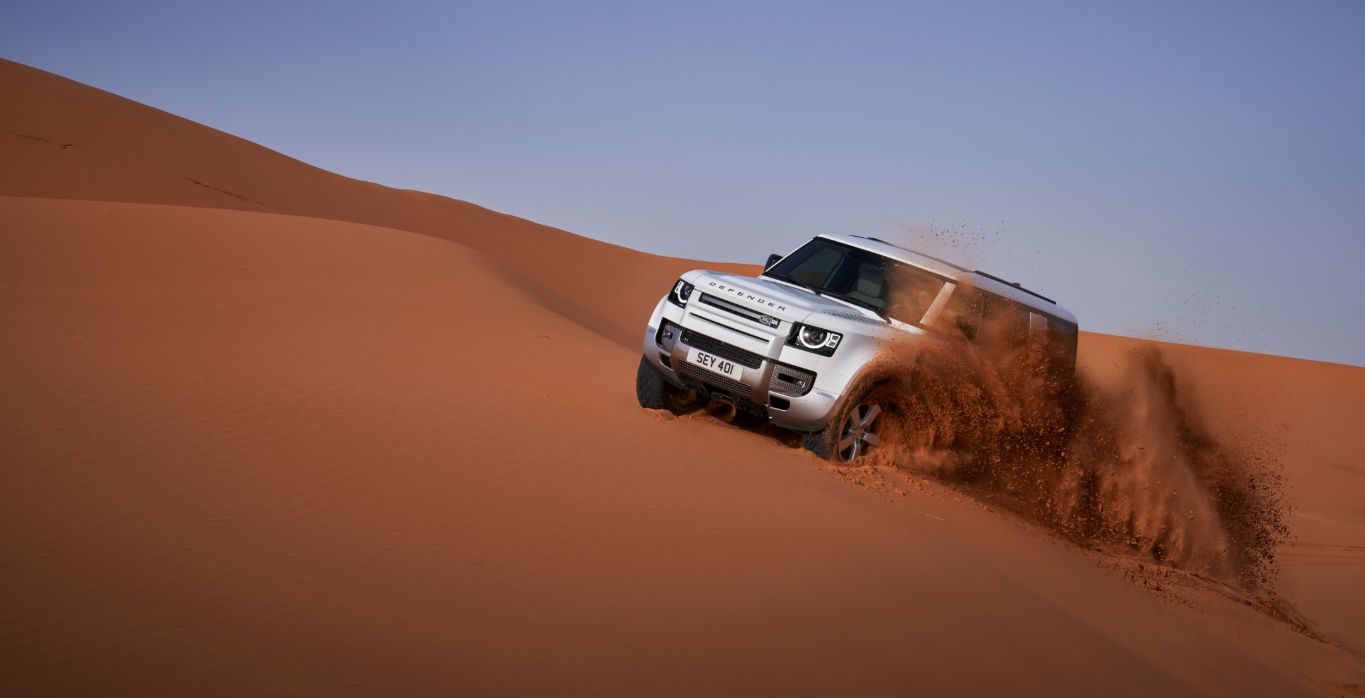 The new Defender 130 is 340 millimetres longer than the 110, with all the added space in the rear.

This gives it an awkwardly long rear overhang and the same approach and breakover angles as the smaller 110, but with a departure angle of just 28.5 degrees. That’s a full 12 degrees less than the 110, and a serious impediment to the sort of off-road driving Land Rover advertises the Defender as enjoying.

Real Third-Row Seats Worth the Trade-Off

However, the Defender 130’s trade-off in off-road prowess will be worth it for many buyers looking for more interior space.

It’s rare for a driver to need a great departure angle and far more common to need storage space or usable third-row seats. The 130 has both, with third-row passengers getting nearly the same legroom as second-row riders.

Even with the rear seats in place, the 130 offers 389 litres of storage space. Fold the third row down, and you’ll create 1,232 litres. With the second row folded, that total grows to a cavernous 2,291. If cargo is a priority over passengers, the five-seat version of Defender 130 offers a vast load area of up to 2,516 litres with row two folded.

Land Rover designers didn’t throw in the third-row seats as an afterthought. They are raised stadium-style and include air vents and USB-C ports, so passengers are treated as well as those in the second seats. Heated and ventilated third-row seats are optional.

Alltrims come with a standard electronic air suspension that provides up to 430 mm of articulation, with 75 mm of additional lift at the front and the rear in off-road height to clear obstacles and assist when wading up to 900 mm of water.

Initially, the Defender 130 will only be available in Canada with the P400 MHEV powertrain. Through four trim levels, Manufacturer’s Suggested Retail Prices in Canadian dollars start at $93,000 for the base SE trim and top out at $113,550 for the X trim.