The 2023 Toyota Sequoia is more powerful and (almost certainly) more fuel-efficient than the old model it replaces that’s been on dealer lots essentially unchanged since 2008. Its replacement looks like a significant step up in every way. 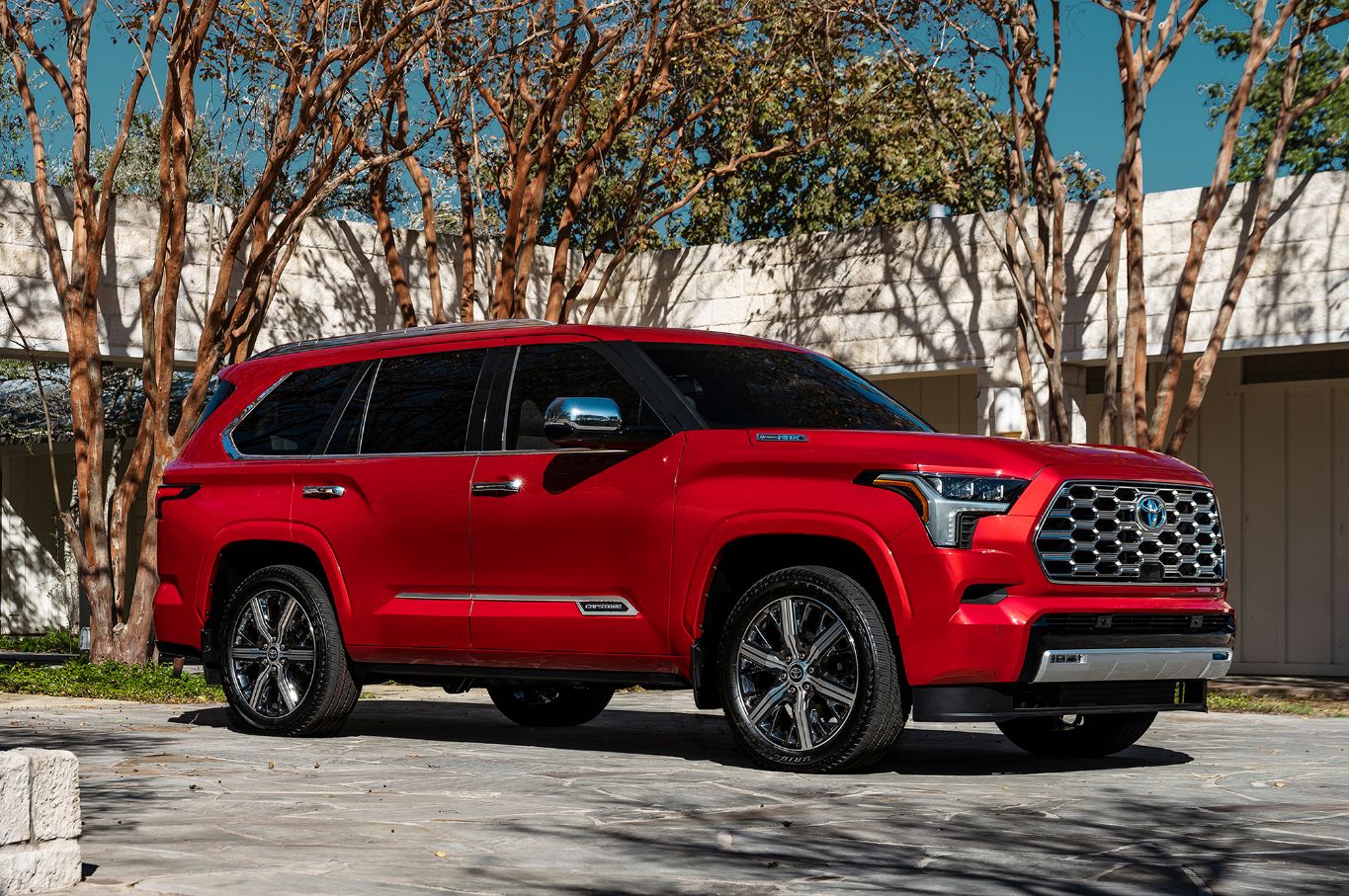 What are the key mechanical details of the new 2023 Sequoia?

The Sequoia rides on the same frame as the all-new 2022 Toyota Tundra. That means it’s a traditional full-size truck-based three-row SUV with a ladder frame and real hauling skills. But, like the Tundra, it’s an updated version of the idea.

The most significant upgrade is in the powertrain. The Sequoia is available only as a hybrid. But it’s not a Toyota Prius-like, commute-oriented fuel-sipper. It’s a hybrid with power.

The new i-Force Max Hybrid powertrain pairs an electric motor with a 3.5-litre twin-turbocharged 6-cylinder engine, making 437 horsepower. That’s 56 more than the V8 of the old model. Power goes through a 10-speed automatic transmission to a part-time 4-wheel-drive (4WD) system. Towing capacity is up to 4,080 kilograms (9,000 pounds), a nearly 22 percent increase over the prior generation.

Will the hybrid Sequoia be more fuel-efficient?

What about the new SUV’s exterior styling?

It’s hard to make a full-size SUV look anything other than ponderous, but Toyota designers have done an excellent job making the new Sequoia look dynamic.

It has an oversized grille like everything else in its class. But new character lines in the hood integrate it smoothly. Creases above the prominent wheel arches seem to shrink the beast a bit in profile visually. It’s every bit as big as a Chevrolet Tahoe or Jeep Wagoneer but doesn’t look portly, thanks to the muscled detail lines.

What are the 2023 Sequoia’s trim levels?

The Sequoia’s lineup starts with the all-new TRD Off-Road in Canada, followed by the Limited, Platinum, TRD Pro and the new Capstone top-line trim.

How many passengers can the new Sequoia carry?

The 2023 Sequoia can seat either seven or eight passengers like the outgoing generation. All three rows of seating recline. The third row can slide forward or back–a rare feature in this class—making the rearmost seats an option even for adults.

What’s the tech like in the new Toyota SUV?

Android Auto and Apple CarPlay are standard, as is a 4G data connection powering a wireless hotspot (though Toyota says there will be a subscription fee for using it). That should allow Toyota to send over-the-air updates to the vehicle.

Toyota’s Safety Sense 2.5 driver aids are standard. That means automatic emergency braking designed to detect bicycles and pedestrians, dynamic radar cruise control, lane-keeping assist, and a rear-seat reminder that chimes to remind the driver to check the back seat on getting out if someone opened it before the car started.

If Toyota wanted big SUV shoppers to give the Sequoia a look, the automaker needed to bring a compelling vehicle to market. Without pricing, it’s hard to say for sure whether they’ve done so. But, on paper, the new Sequoia looks like a contender.

When will the new Toyota full-size SUV go on sale?

If Toyota can get enough microchips, the 2023 Toyota Sequoia is scheduled to be available this summer.