Chevrolet’s transition to a primarily electric lineup is well underway. General Motors’s mass-market brand already has the Bolt brothers—the compact Bolt EV (Electric Vehicle) and slightly larger Bolt EUV (Electric Utility Vehicle)–in Canadian showrooms today. It will bring its first battery-electric truck, the Silverado EV, to the sales floor next. A battery-electric version of the Chevrolet Equinox compact SUV has already been promised. But first, GM has announced details of its next all-electric SUV, the 2024 Blazer EV. 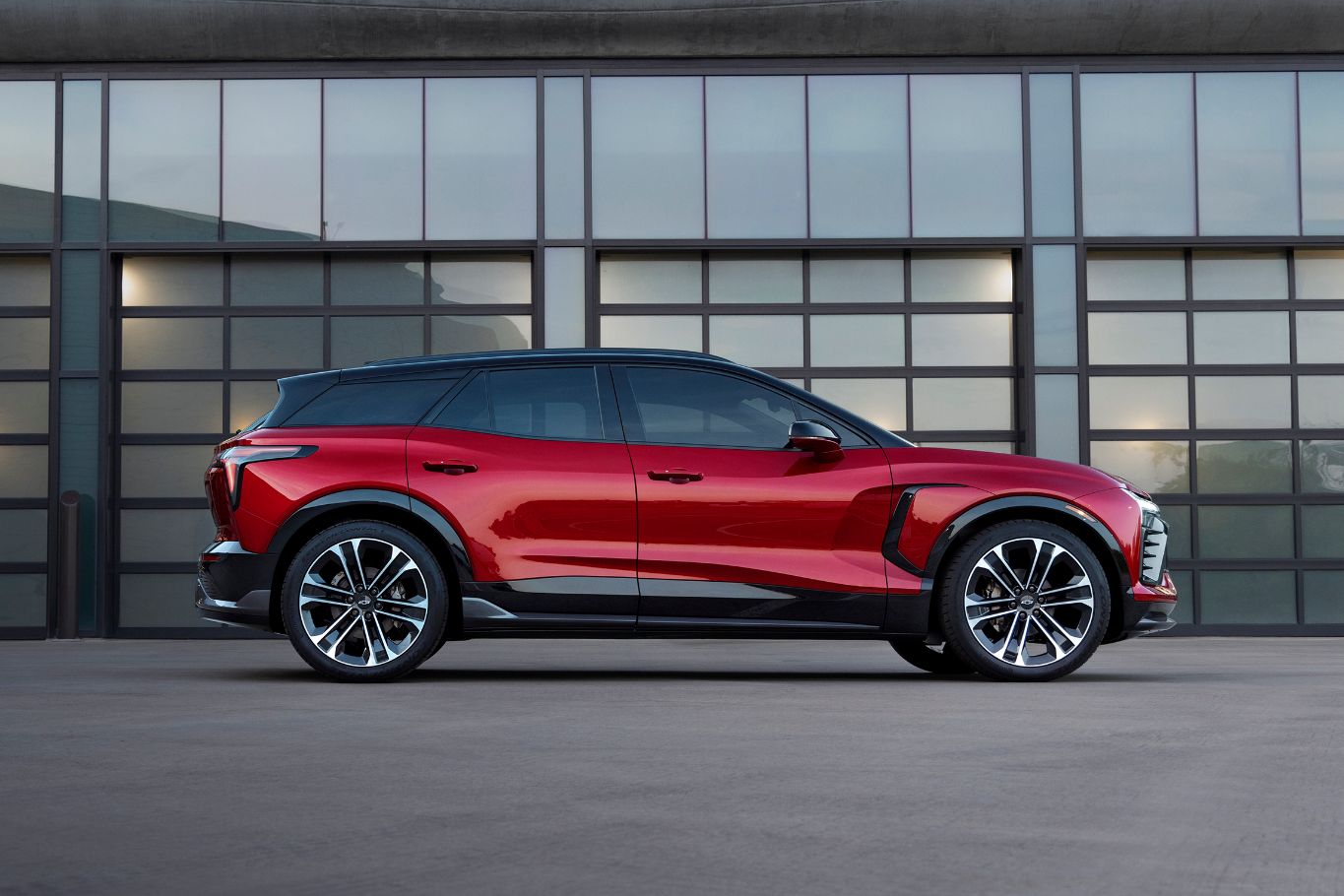 The 2024 Blazer EV will be a sleek-looking machine with undulating curves down its sides and a huge vent-like structure behind the driver’s side front wheel.

Head-on, it shares obvious genes with the Silverado EV. A full-width LED bar connects the needle-thin headlights, fronted by a backlit Chevy bowtie. But a lot is going on in its profile, with busy character lines, that oversized plug-in flap, and a long greenhouse with a riot of pillars that look almost like a fractal drawing.

The look will probably work well for some buyers and not for others. Press reactions have already been divisive.

How Far Will You Be Able to Drive the Chevy SUV Before Needing to Plug It In?

Each of the Blazer EV's four trims has a variety of battery sizes and power profiles. The Blazer EV can carry one or two electric motors, enabling front- or all-wheel drive setups.

We don't have official Canadian-market info. but according to Chevrolet in the U.S., the base model offers a respectable 247 miles of range (approximately 398 kilometres), while the RS will deliver 320 miles (515 km) on a full charge.

The 2024 Chevy Blazer EV lineup offers 11.5-kilowatt (kW) level 2 (AC) charging and standard DC public fast-charging of up to 190 kW, depending on the model. The Blazer EV can guzzle 78 miles (126 km) of charge at max throughput in just 10 minutes.

How Much Power Will the Electric Blazer Have?

The first battery-electric vehicle to sport Chevy’s familiar performance moniker, the Blazer EV SS earns the badge with 557 horsepower and 648 pound-feet of torque, delivering 0-60 miles per hour sprints of about 4 seconds, says Chevy (which translates to roughly a 0-96 km/h time).

Interestingly, the Blazer EV has no start button. You can stop-and-go your way around town using just the accelerator pedal, and a Police Pursuit Vehicle version is being developed for law enforcement applications.

When Will the 2024 Chevrolet Blazer EV Go on Sale, and for How Much?

Chevy says the Blazer EV will start arriving at U.S. dealerships in the summer of 2023. We expect a similar timeline for Canada. If you’d like to be among the first to own one, sign up early and keep your expectations flexible.