Toyota's Lexus luxury brand will join the parade of automakers moving toward all-electric vehicles and has produced a concept car to preview the direction its electric designs will take. The recently unveiled Lexus LF-Z Electrified Concept is not a car that will go on sale anytime soon. Instead, it's a design study intended to show off what sort of "electrified" vehicles Lexus plans to build in the future. 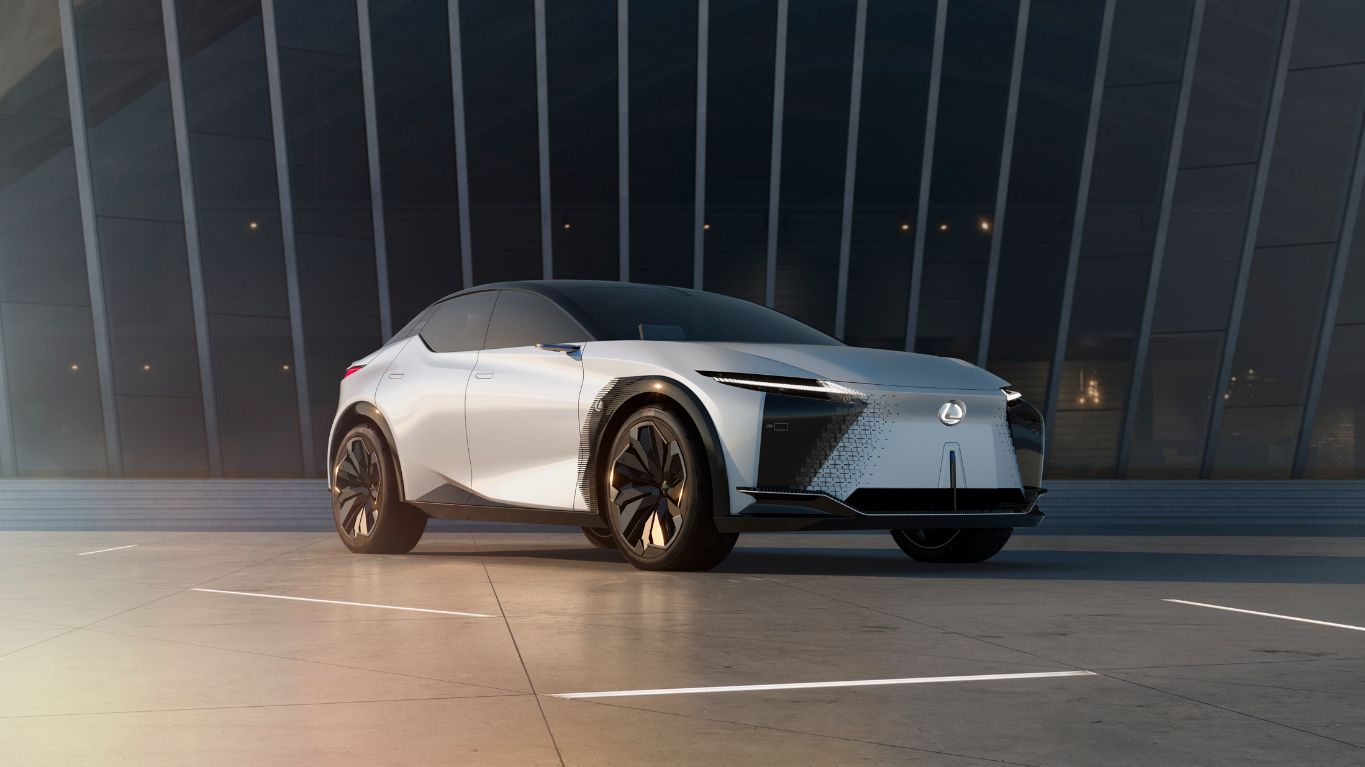 The LF-Z Electrified’s exterior design replaces the current Lexus spindle grille with body-coloured steel where gas-powered Lexus models have air vents. A fastback roofline makes it not quite a car and not quite an SUV. We can easily see designers using those elements in different ways to create both types of vehicles. The Lexus concept’s busy door creases play with light in interesting ways. Pixel graphics on the front fascia and fender flares make the car look like a video game element actively rendering in front of you.

The concept’s interior follows minimalist cabins typical to many luxury EVs but with unique design touches that may not make it into a production car. The driver’s seat is particularly striking. It’s set off from other seats in a contrasting colour and with an angular half-height wall that separates it, creating a cockpit feel and, most likely, restricting the driver’s hip room. The fast-forward and stop icons on the pedals are an interesting touch.

Because the LF-Z Electrified is a design study, Lexus offered few details on performance or the vehicle's powertrain. The Lexus concept uses a 90-kWh lithium-ion battery pack. Lexus claims a range of about 595 kilometres) under European testing models, which tend to produce higher numbers than North American testing.

We're told that the steering is entirely digital—there are no mechanical linkages between the steering wheel and the wheels. A pair of motors, one per axle, can vary each wheel's torque—a concept Lexus calls Direct4.

Despite parent Toyota’s pioneering gasoline-electric hybrids (like the Prius, available since 1997), the Lexus luxury brand has been a bit behind the EV curve. Many of their peers already have all-electric cars for sale or have them coming by the end of 2021.

The LF-Z Electrified is an undeniably impressive concept. In the luxury market, however, Audi already has on sale a trio of e-tron EVs; Cadillac has already announced its lineup of future EVs; Mercedes-Benz has a complete set of EVs arriving at dealerships this year or next; BMW has kicked off its EV sales effort with two new models (a sport sedan and an SUV); while Volvo has its Recharge and Polestar EVs. Even Acura will reveal an EV designed with help from General Motors.

The Lexus LF-Z concept won’t go into production as-is. Instead, the brand promises 20 new electrified vehicles by 2025, with about half being gasoline-electric hybrids (like the Toyota Prius), plug-in hybrids (like Toyota's Prime models), or fully electric vehicles (EVs), a segment neither Toyota nor Lexus currently offers.