Many concept cars aren’t fully functional, but Mercedes-Benz plans to drive across much of Europe on a single charge in this one. Meet the Vision EQXX. This 4-passenger battery-electric concept car goes over 1,000 kilometres before plugging in. And as a prescription for range anxiety, based on average distances driven per year, a driver in North America would have to recharge the Vision EQXX only twice per month fully, the automaker says. 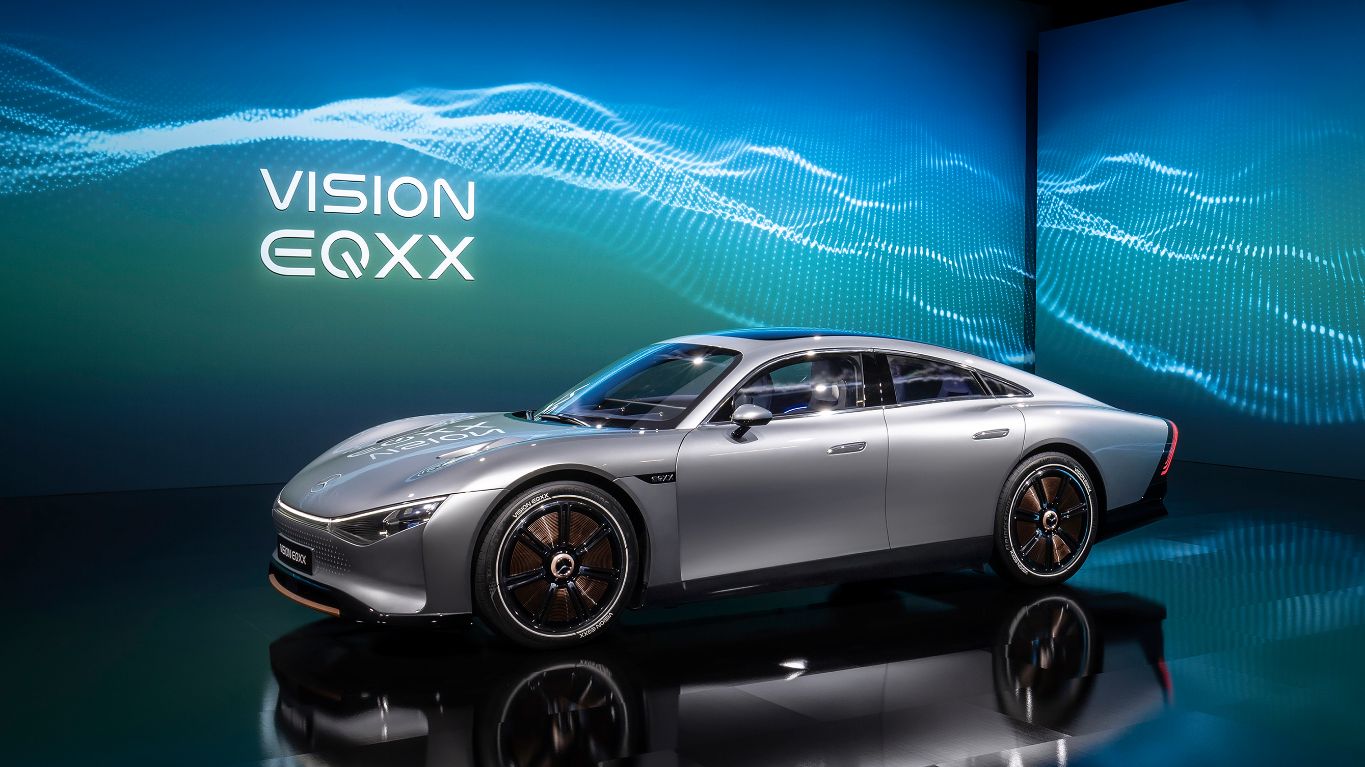 Mercedes-Benz has one battery-electric vehicle (BEV) already for sale in North America, with plans for up to five more in a short two-year window. The one you can order today (the ultra-luxury EQS) is a full-size sedan with every imaginable creature comfort, from a nap mode to programmable scents, and a maximum estimated electric driving range of up to 547 kilometres.

The EQXX is nothing like that. It’s a much simpler, compact car. But the two share one remarkable trait. Their batteries carry the same amount of energy. The EQXX does it in about half the size and weighs 30 per cent less.

Other range-stretching tricks include moves to lower the concept’s weight while keeping the car as rigid as possible. The doors are built of lightweight aluminum-reinforced carbon and glass-infused plastic. A cast-aluminum floor reduces the need for heavy bracing.

The roof contains 117 solar cells Mercedes says, adding 25 kilometres to the range on a clear day.

Aerodynamics are part of the formula, too. That canted boattail is the evident streamlining touch. Less obvious is a retractable rear diffuser. Aerodynamic wheel covers add to the slipstream effect, giving the EQXX a racecar-like drag coefficient of just 0.17.

Inside, a 47.5-inch 8K touchscreen stretches over the entire dashboard. Vegan materials line the cabin, chosen for their sustainability and lightweight.

Some of the technologies packed into the EQXX seem exotic and not likely to reach production. But packing the same energy into a smaller and lighter unit could allow Mercedes to build more powerful batteries that fit into the EQS and other production electric vehicles, stretching their range.

The EQXX doesn’t have the power of most Mercedes products, but engineers didn’t eke out its great range by underpowering it. Two electric motors make 201 horsepower.

The EQXX is just a design study the German automaker's engineers undertook to see what they could accomplish. But what they accomplished is significant for the near future of driving.

The EQXX was scheduled to make its public appearance at this year's Consumer Electronics Show in Las Vegas, Nevada. But, in light of the current surge of COVID-19 cases, the automaker opted for a virtual reveal instead.

But Europeans might catch a glimpse of it in person. Engineers plan to attempt a 1,000-km trip without stopping to charge later this year. That's about the distance from Berlin, Germany to Paris, France, the automaker notes.