There’s a new Ford mid-size pickup truck coming, but we may not get it in Canada for a while.

The current 2021 Ford Ranger mid-size pickup truck was last designed for the 2011 model year but has only been in Canada since 2019.  It was sold outside in foreign markets for most of that run. So, it may seem early for a redesign, but according to its maker, it’s time.

A new Ranger is coming, with Ford’s Australian division taking on most of the design work. The next-generation mid-size truck will make it to Canada., though Ford hasn’t said whether it will appear as a 2023 model.

“With Ranger, we’ve had a big extended family for decades,” said Jim Farley, Ford President and CEO. “This truck has always been a trusted partner to small business owners, farmers, families, adventurers, commercial fleets and so many more in over 180 markets around the world.” 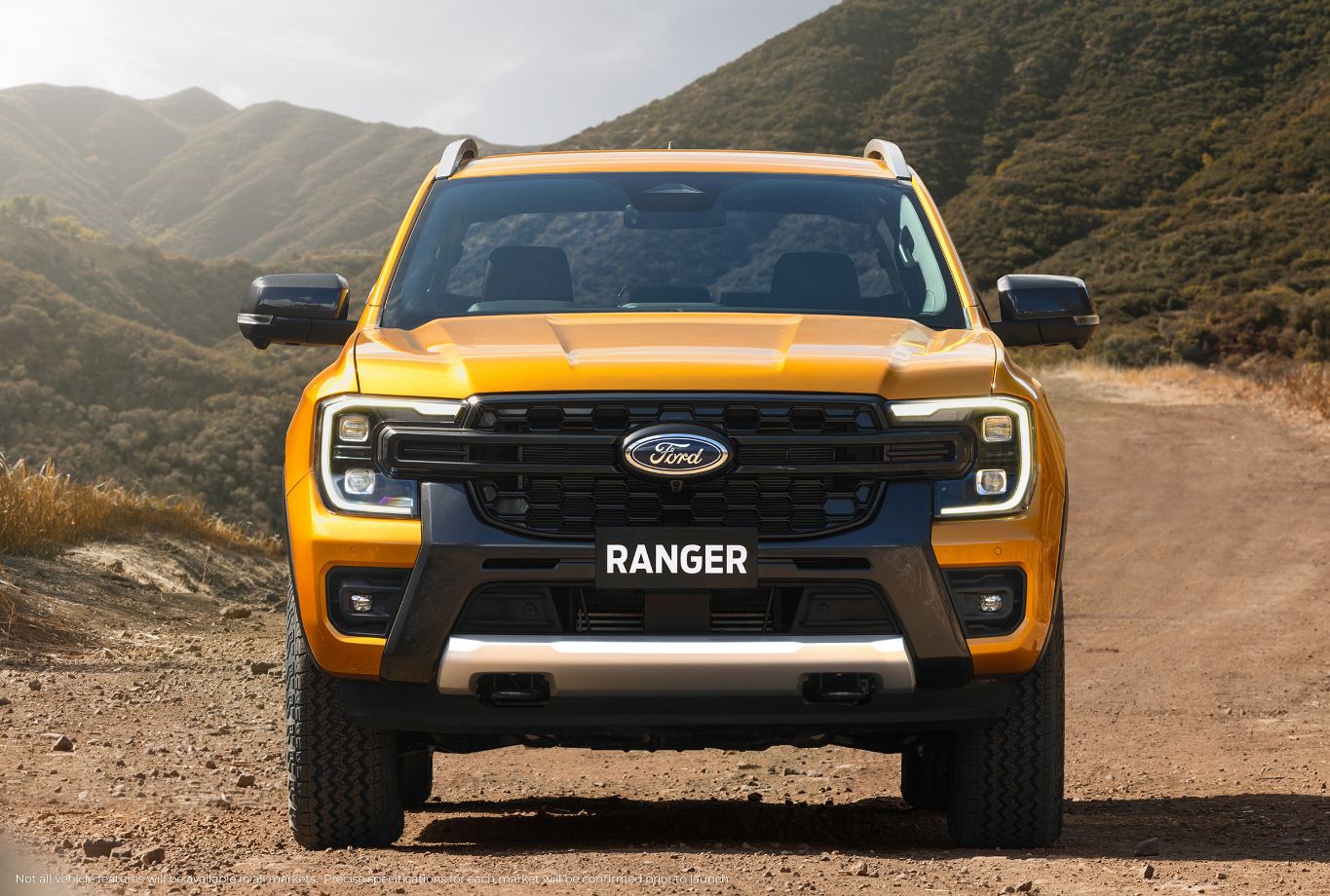 With the new 2022 Ford Maverick available to buyers who want a compact pickup truck, Ford has gone big with its new mid-size Ranger.

The next Ranger is bigger and boxier than the truck it replaces. But the look isn’t just more oversized. It’s remade. A more upright grille, C-shaped daytime running lights and new character lines in the door make it look much more like its big brother—the full-size F-150—than the current 2021 Ranger does.

Inside, a portrait-mounted touchscreen takes over a simplified dashboard. The screen runs Ford’s SYNC 4 infotainment system. That means that entertainment functions now run through menus on the screen, though there are still dials for climate control. And an integrated step behind the rear wheels should make loading the bed an easier proposition.

Under the hood, international buyers can choose from three diesel-powered engines. They include a 2.0-litre with a single turbo or a similarly sized engine with two turbos, as well as a turbocharged 3.0-litre V6. Buyers can choose from a 10-speed automatic transmission or a 6-speed manual.

According to Ford, underneath the new Ranger’s bodywork is an upgraded chassis riding on a wheelbase 50 millimetres longer and a track 50 millimetres wider than the prior Ranger. A hydro-formed front-end structure creates more space in the engine bay for the new V6 engine and helps future-proof the Ranger for other propulsion technologies (i.e., something electrified). It also opens the front of the pick-up to allow more airflow to the radiator, which helps keep running temperatures low when towing or carrying heavy loads.

We expect, however, that the Canada-bound version will instead carry the turbocharged 2.3-litre 4-cylinder gasoline-powered version of the current Ranger. And, as much as we’d love a stick, we’d be surprised to see the 6-speed manual here.

We’ll have to wait until more definitive Canadian market powertrain and trim information becomes available. But beyond gaining a bit in size and different styling and infotainment, overall, the next Ford Ranger won’t deviate too far from the current model’s successful formula.

Expect the new Ranger to go on sale as either a 2023 or 2024 model. By then, we expect the mid-size Ford truck to see some fresh competition from a new generation of General Motors' Chevrolet Colorado and GMC Canyon twins.

Ford hasn't released the pricing details of the next-generation Ranger yet. But the current 2021 model starts at $34,423 in Canadian dollars.