The automotive industry has so many awards that it can be hard to know which ones matter. Most are given out by individual publications. Only a handful are the work of entire juries of experts. The North American Car, Truck, and Utility Vehicles of the Year awards are one of that more exclusive group.

This year, they’ve honoured a Honda and a pair of Fords. It’s the second year in a row that Ford has taken home most of the hardware–it also won the truck and SUV awards (with different vehicles) in 2021.

There’s also an affordability theme running through the winners. After a year when new car prices soared to unprecedented highs and buyers sought out more luxury cars than ever before, the NACOTY jury awarded two vehicles with starting prices less than half the current average transaction price for a new car.

The NACOTY awards are given by a panel of 50 automotive journalists, including representation from Kelley Blue Book. Voters considered segment leadership, innovation, design, safety, handling, driver satisfaction, and value for the dollar. The votes were tallied confidentially by Deloitte, LLP.

On to this year’s winners. 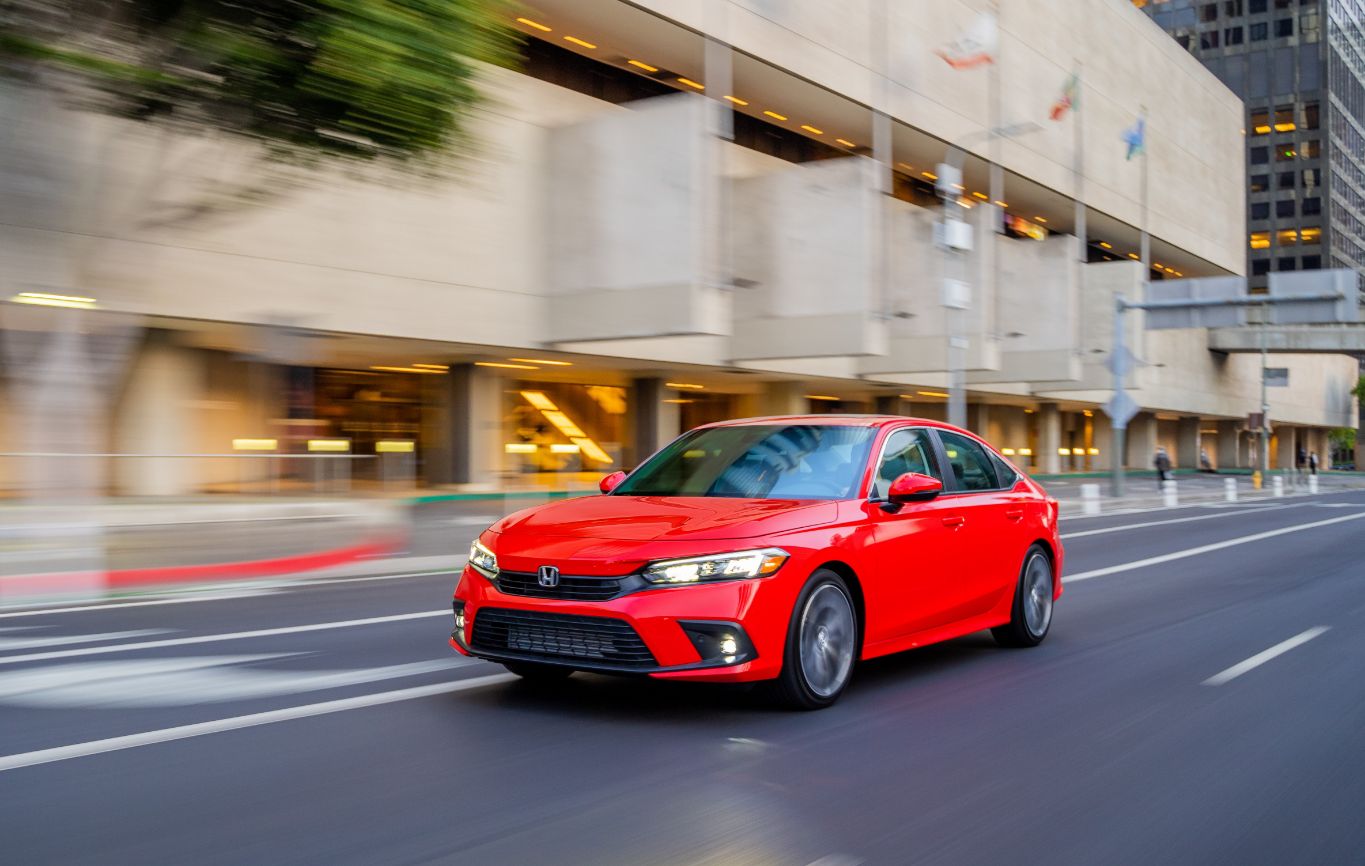 An all-new car with an old familiar name took home car of the year honours.

The 2022 Honda Civic is a wheels-up redesign of a car that buyers have relied on for generations. Honda has brought an upscale feel to the affordable car classes with this new model. The new Civic “brings newfound refinement to the iconic compact car,” the jury writes. The new Civic looks like it could easily be a European sedan if it is available as a hatchback or as a sedan. But it offers long-commute comfort and legendary Civic reliability.

With a starting price of just $24,465 in Canadian dollars, the 2022 Civic was the least-expensive contender among the finalists for the prize. It beat out the Lucid Air, a luxurious electric car from a California-based start-up, and the 8th-generation of Volkswagen’s Golf hatchback, with its high-performance GTI and R trims. 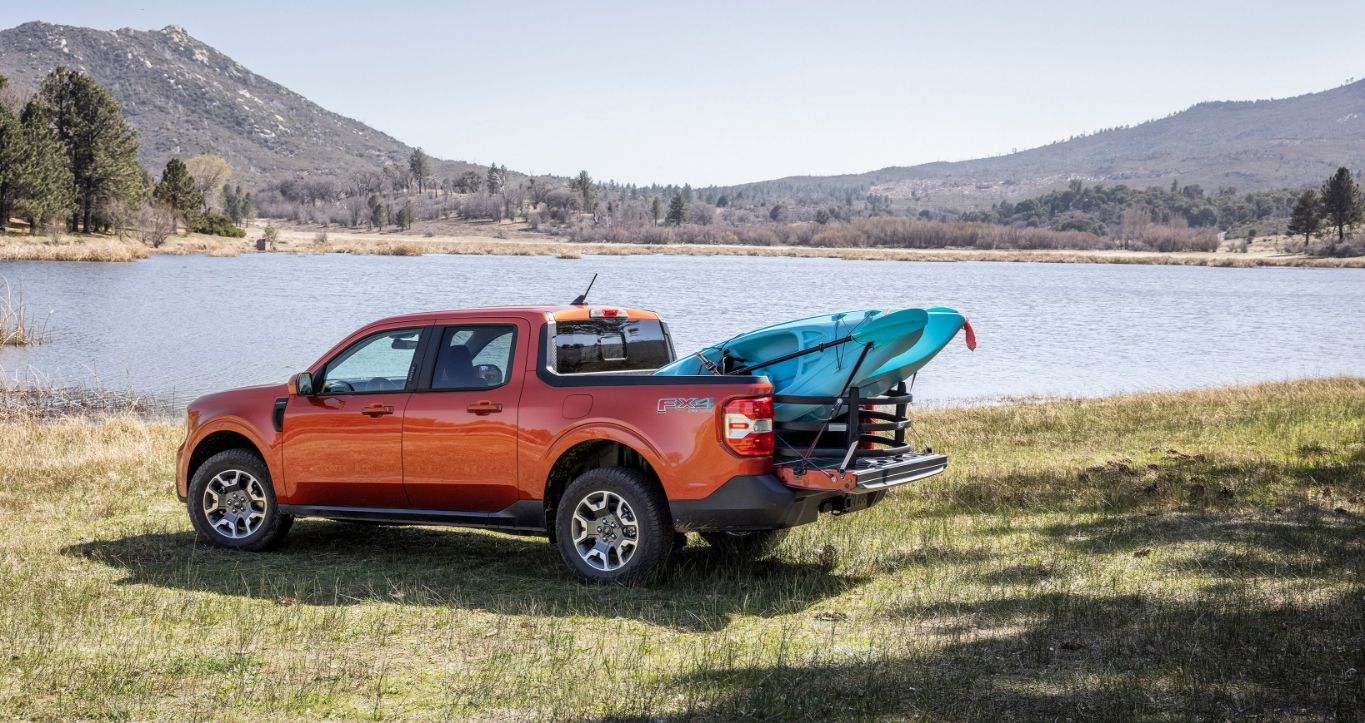 Pickup trucks have spent a solid decade growing. But Ford won the 2022 North American Truck of the Year prize by pushing back against that trend.

The 2022 Ford Maverick is one of the first proper small trucks offered for sale in Canada in a decade. It’s just 50 millimetres wider and a little over 300 mm longer than a compact Civic. Yet it seats five passengers ahead of a small but clever truck bed. The Maverick is built with customization in mind. That bed features moulded-in slots for 2x4s, allowing owners to build in kayak racks, bike carriers, and other innovative systems. The cabin is filled with mounting points, and owners can 3D print accessories to mount on them.

Best of all, it’s the least expensive product in Ford’s lineup. Starting at just $25,900, it’s almost as inexpensive as the Civic. A standard gas-electric hybrid drivetrain gives the Ford jaw-dropping fuel economy for a pickup: an estimated 6.3 litres per 100 kilometres city and highway combined.

It’s been such a success that the hybrid version has sold out. Buyers can still get a Maverick with an optional turbocharged 2.0-litre 4-cylinder gas engine. But Ford has sold every hybrid Maverick it can build this year. It expects to reopen orders this summer for the 2023 model year.

The Maverick beat out the only other compact truck on the market, the 2022 Hyundai Santa Cruz, and the innovative 2022 Rivian R1T battery-electric pickup. 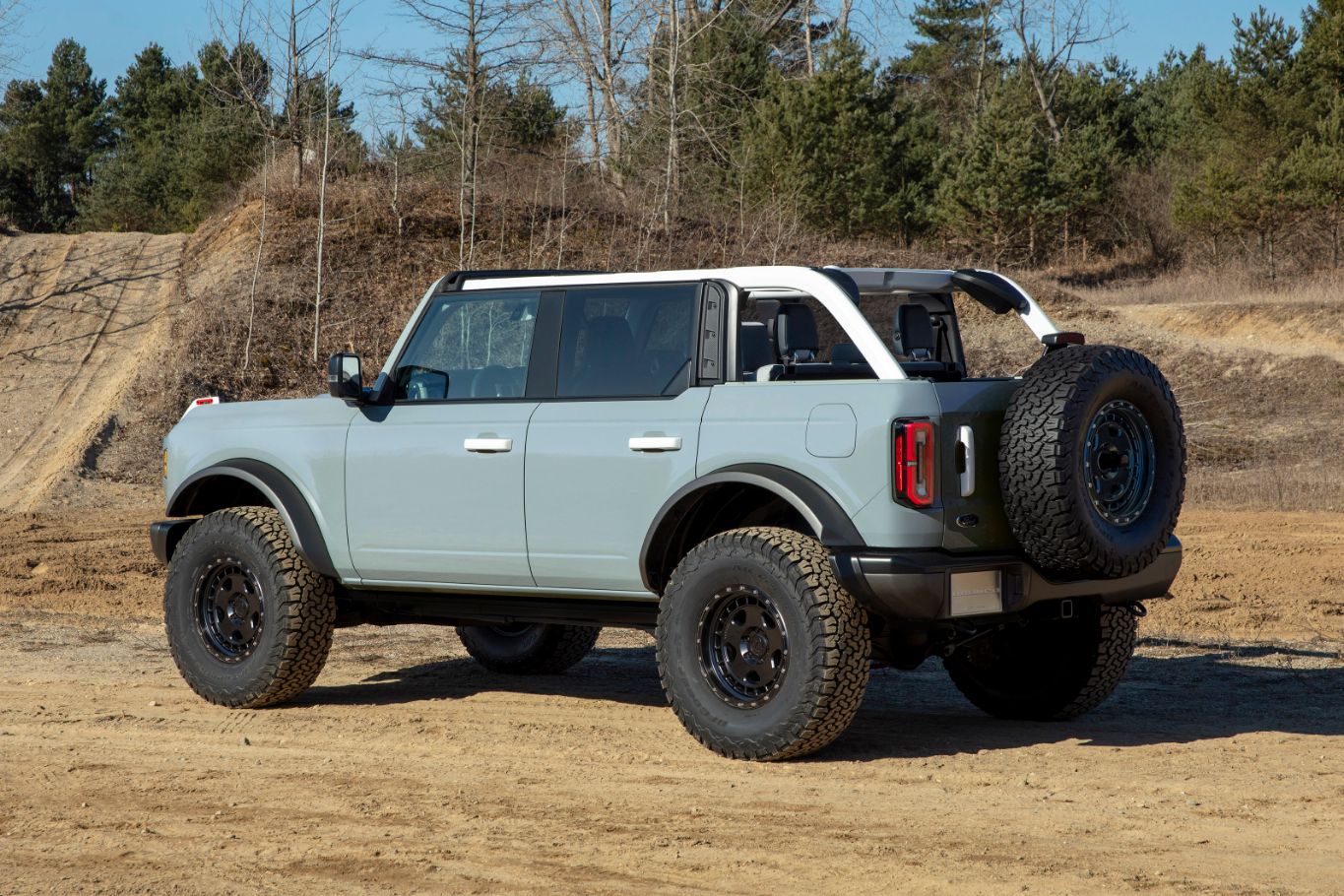 This time, Ford also took home the North American Utility Vehicle of the Year award with a call back to a beloved classic.

The 2022 Ford Bronco updates an old-school off-road SUV. It looks like a natural evolution of the famous Broncos of old—it even won a prestigious design award from a jury of artists and architects for how well it evokes a classic while retaining modern lines. But the mid-size SUV combines that old aesthetic with technology, such as 360-degree off-road cameras and a terrain management system that compensates for any surface from sand to thick mud.

Bronco prices start at $41,299 but can climb to over $61,000 fully equipped, breaking the affordability theme of this year’s awards. The Bronco beat out a pair of Hyundai products—the funky little Hyundai Ioniq 5 battery-electric car and the luxurious Genesis GV70 compact luxury SUV—for the prize.