Which one of these Toyota siblings is the best choice if you are shopping for an affordable PHEV?

With gas prices these days seemingly only going one way—i.e. higher—it may be time to consider a vehicle that sips less fuel than your current ride. And if going all-electric doesn’t fit your driving needs, Japan’s Toyota has a pair of relatively affordable plug-in hybrid electric vehicle (PHEV) siblings that may suit your frugal needs with a gas engine always there, dispelling any range anxiety qualms.

First up, the front-wheel-drive (FWD), 5-passenger 2022 Toyota Prius Prime PHEV is the outstandingly economical version of the well-known gas-electric Prius Hybrid. This Prius Prime takes the mid-size hatchback format of the Prius, adds some design tweaks, and an 8.8 kilowatt per hour (kWh) lithium-ion battery to allow for limited electric-only driving.

In addition to its standard gas-only powerplant and conventional gas-electric Hybrid, Toyota added the RAV4 Prime compact SUV PHEV to the lineup for 2021. The 5-passenger RAV4 PHEV's powerplant combines a 4-cylinder gas engine with an 18.1 kWh lithium-ion battery and three electric motors (two on the front axle and one in the rear) to allow for traction at all four wheels.

So which Toyota PHEV to choose? Read on to find out if the Prius Prime or RAV4 Prime is the best for you. 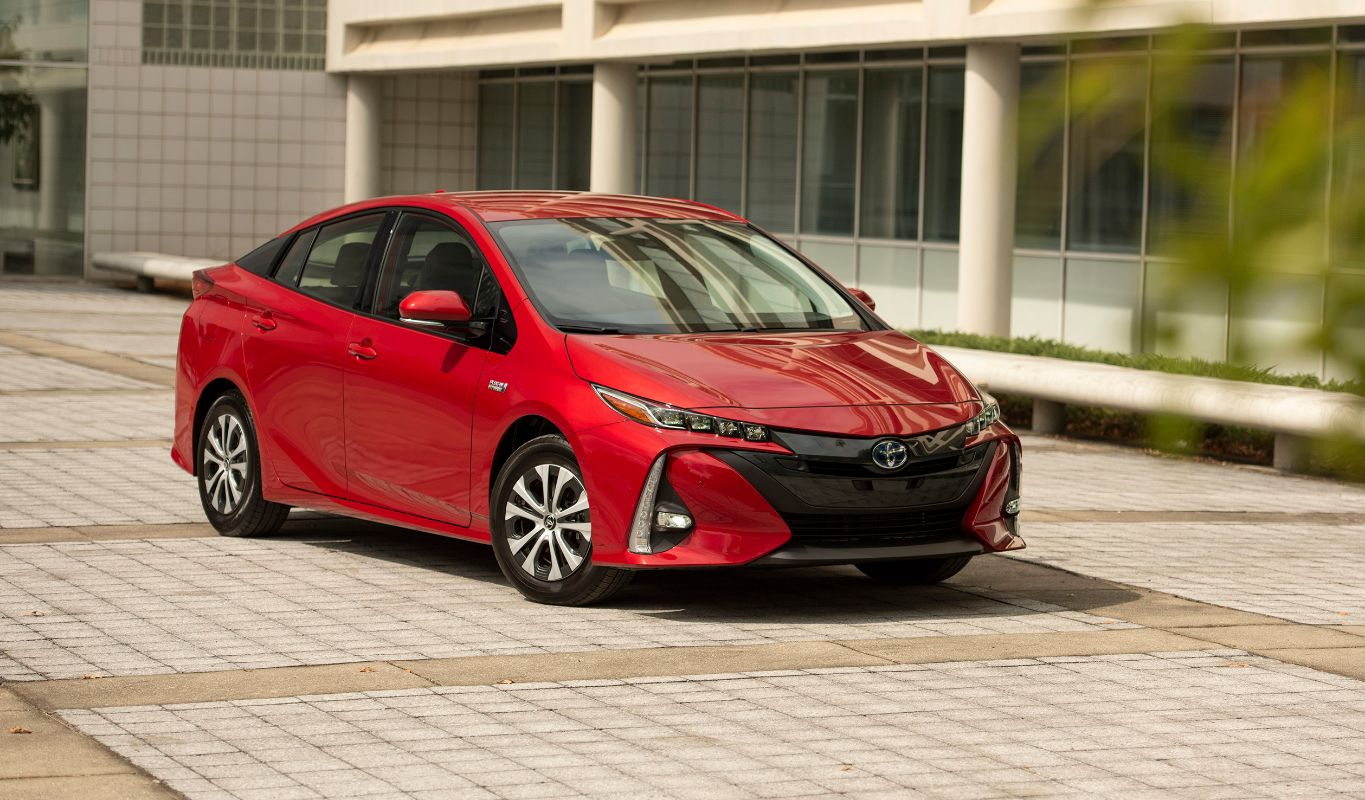 With a starting Manufacturer's Suggested Retail Price of $33,550 in Canadian dollars, the base 2022 Toyota Prius Prime is priced like an average family sedan. Standard gear highlights include a continuously variable automatic transmission (CVT), Toyota's comprehensive Safety Suite 2.0, and heated front seats. The $36,350 Upgrade trim adds such niceties as a larger, 11.6-inch touchscreen with navigation, wireless smartphone charging, plus a Blind Spot Monitor and Rear Cross-Traffic Alert.

Keep in mind; the Toyota plug-ins qualify for Canadian federal government purchase rebates—$2,500 for the Prius and $5,000 for the RAV4. They also share Toyota’s 3-year/60,000-kilometre comprehensive warranty. 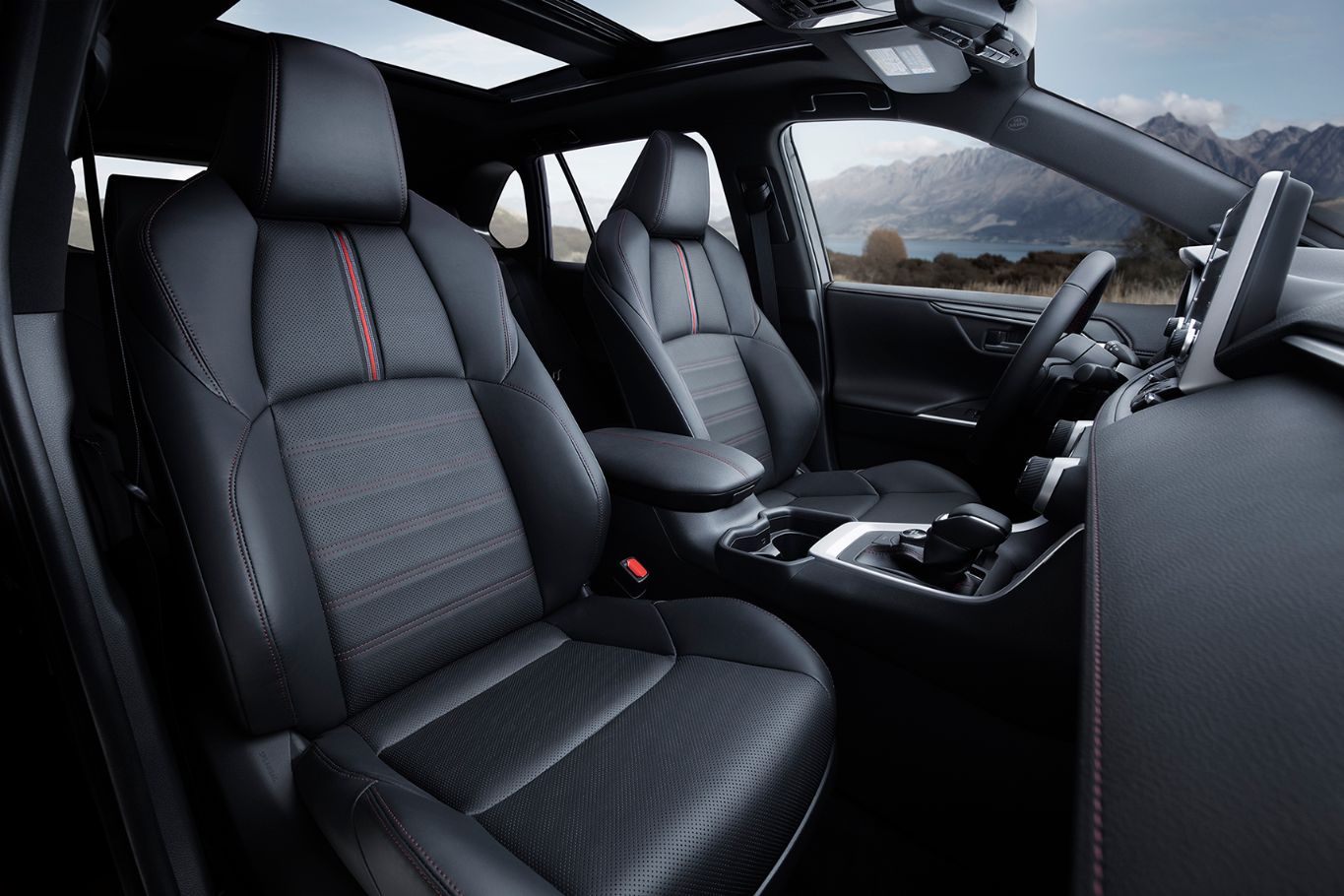 The Prius Prime hatchback’s cabin is roomy for passengers up front, offering more headroom and legroom than its SUV sibling. There are three seatbelts in the back, but anyone sitting in the middle will wish they were in the RAV4 Prime, which offers more rear legroom and shoulder room. The Prius Prime’s battery also encroaches on cargo space, leaving only 561 litres of room behind its rear seats—substantially less than the 949 available in the RAV4 Prime.

The Prime’s interior doesn’t stray too far from the gas-only RAV4. On the upper-trim XSE, available paddle shifters help engage regenerative braking, and there are additional readouts in the instrument cluster. One of our RAV4 complaints of a noisy interior has been addressed on the Prime, which uses laminated side glass and extra sound deadening material to improve cabin isolation.

Review their respective spec sheets, and it's obvious which of these Toyota PHEVs is the one to get based on your performance-versus-economy priorities.

If you want to save the most fuel possible, the Prius Prime's 4.3 litres per 100 kilometres combined city and highway fuel economy estimate handily beats the RAV4 Prime's 6.0 estimate. That's courtesy of the hatchback's lower weight (1,530 kilograms versus the 1,920-kgs SUV), more aerodynamic body, and much less powerful (121 horsepower) 1.8-litre 4-cylinder gas engine and electric motor combination.

The only caveat is the Prius Prime's 40-kilometre electric driving range, well shy of the RAV4 Prime's 68-km estimate.

Despite its environmentally-friendly vibes, the plug-in is the most potent RAV4 in the lineup. Its 2.5-litre 4-cylinder gas engine plus electric motors and CVT powertrain creates a combined 302 horsepower, making the Prime the quickest RAV4 with a 0-100 kilometres per hour time of 6.0 seconds. 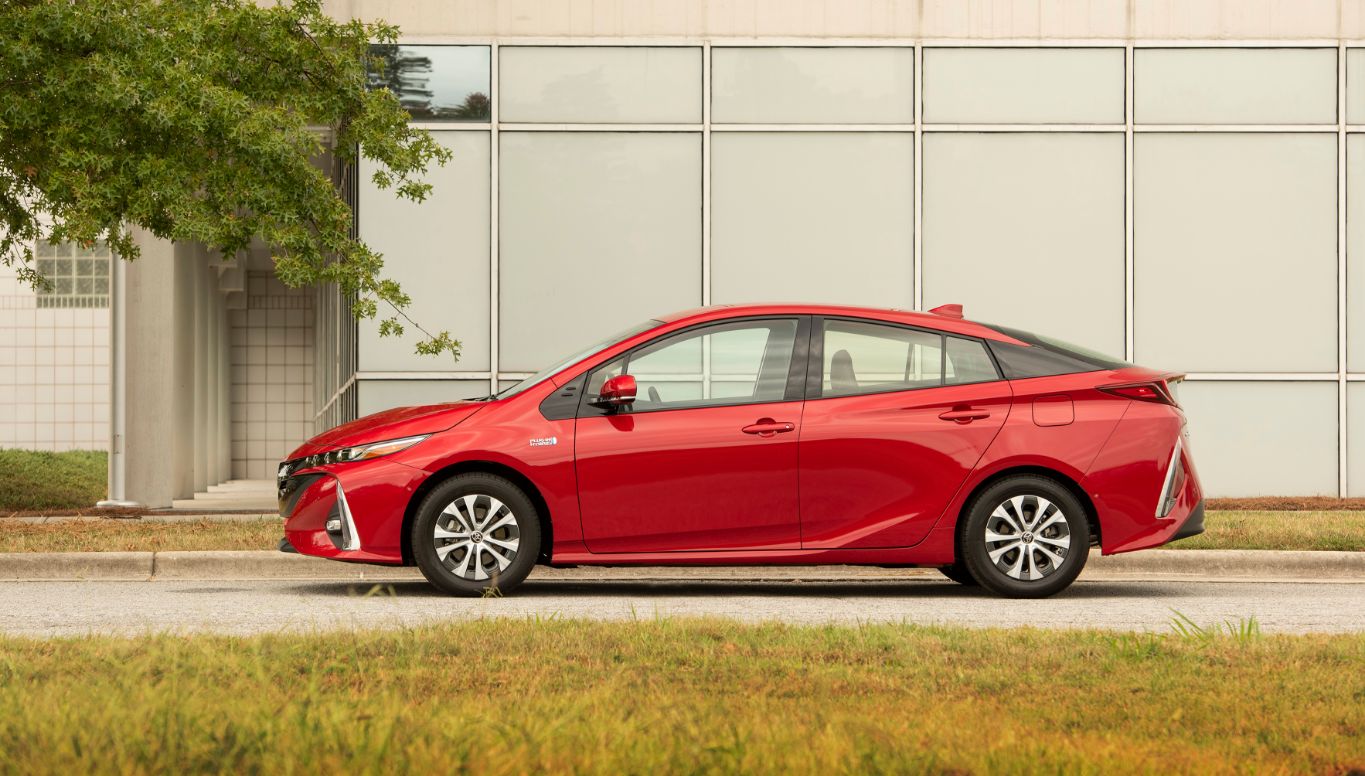 If a Prius Prime owner has a pair of driving shoes, it’s more likely because of style and comfort than making the most of any twisty-road thrills. A comfortable suspension and well-cushioned front seats combine to make the Prius PHEV a pleasurably tranquil drive, well suited to exploiting the estimated 1,035 kilometres total driving range, according to Toyota. For Canadian drivers who regularly need to deal with slippery or snowy driving conditions, note that the Prius Prime deploys FWD only; the non-plug-in Prius offers the choice of AWD with the addition of a second electric motor.

The 2021 RAV4 Prime has a similar feel and responsiveness as the standard RAV4 Hybrid. The electric-assist power steering feels natural, and Toyota has figured out the interplay between regenerative braking and hydraulic-assist stopping power to provide a balanced and linear feel when depressing the brake pedal. Still, the SUV doesn’t corner as well as its lower hatchback sibling. And where the Prius glides over road imperfections, the RAV4 can sometimes feel sharp and stiff over pavement cracks.

Saving at the gas pumps may be high on Canadian new vehicle buyer’s wish lists at the moment. Which makes both the the 2022 Toyota Prius Prime and 2021 RAV4 Prime PHEVs attractive buys, offering the benefits of all-electric driving backed up by their respective gas engines when the batteries run out.

If you need AWD, generous rear cargo room and space for rear passengers, the RAV4 Prime is an easy choice over its less capacious sibling.

However, with its considerable purchase price advantage, more comfortable ride, tighter handling and better overall fuel economy estimates, we think the Prius Prime is the Toyota PHEV to get.