Mitsubishi offers not one but two choices in the growing sub-compact SUV segment. Which one is the better buy?

In Canada, Mitsubishi’s lineup isn’t expansive as some of its rivals. Of the four models on sale, half are sub-compact SUVs. But between the Ellipse Cross and RVR, some differences may help you decide which of these Mitsubishi siblings best suits your small SUV needs.

What Is the 2023 Mitsubishi Eclipse Cross? 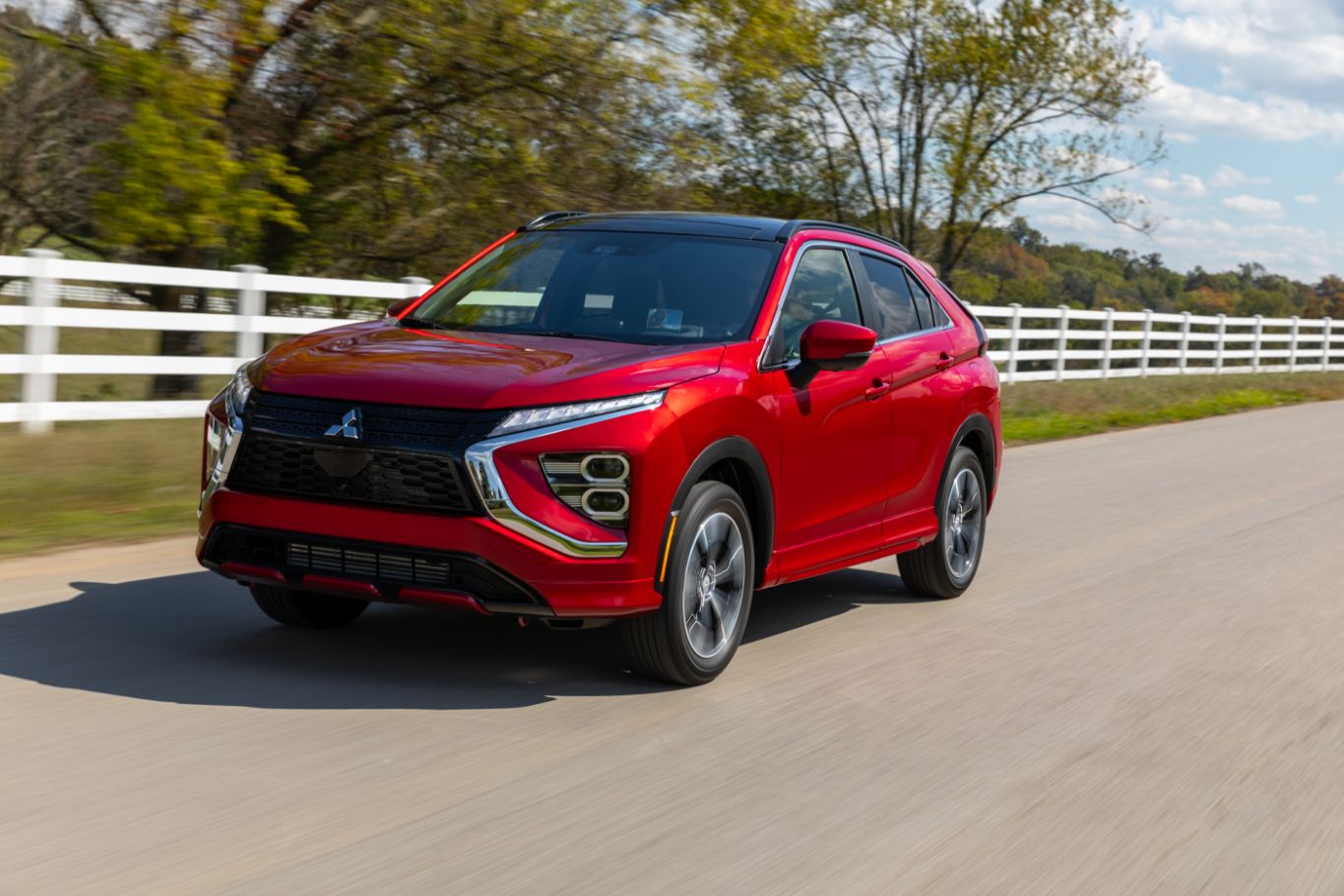 For potential buyers who might be concerned that a regular sub-compact SUV might be on the cramped side, the Eclipse Cross could sound like a good idea. Following a tweak to the styling last year, the 2023 Eclipse Cross continues to look as contemporary as its peers.

Traction at all four wheels, known as S-AWC (Super All-Wheel Control) down Mitsubishi’s corporate corridors, is standard in the Eclipse Cross. For Canadians who experience regular rough weather, it’s an extra layer of driving confidence. 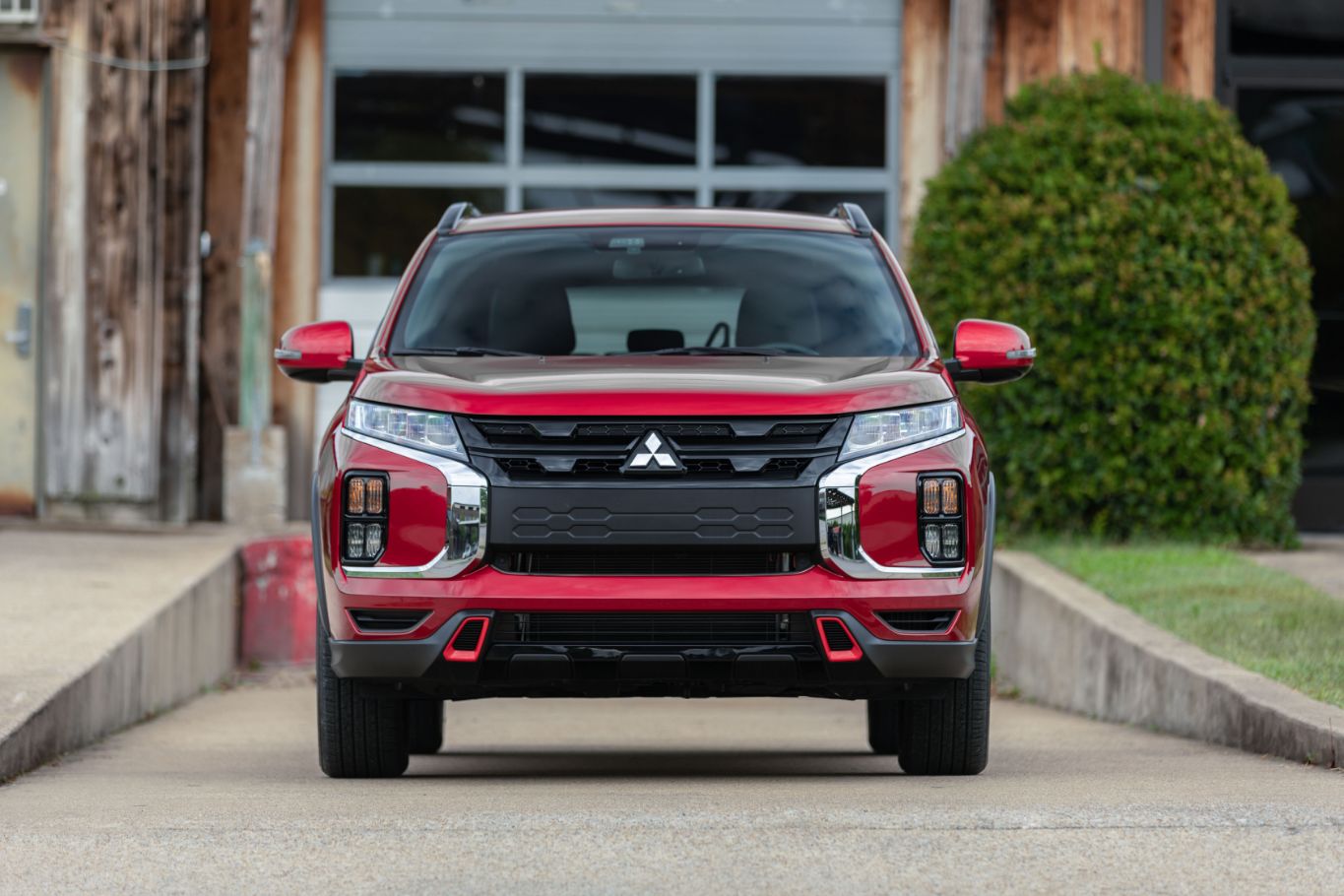 On sale in Canada since the 2011 model year, the front- or all-wheel drive Mitsubishi RVR competes in a class full of newer sub-compact SUVs like the Mazda CX-30, Toyota Corolla Cross, and Subaru Crosstrek.

Like its Eclipse Cross sibling, one of the biggest reasons to consider the RVR is Mitsubishi Canada’s comprehensive factory warranty that lasts for 5 years or 100,000 kilometres, whichever comes first.

Only one engine (a turbocharged 4-cylinder), one transmission (a continuously variable automatic), and one powertrain (AWD) is available. That means through four trim levels, buyers' only decision is the level of equipment. If you want all the goodies, the top $37,278  GT S AWC trim includes a sunroof, 4-way power front passenger seat, black or grey leather-appointed seats, embedded navigation, and a Mitsubishi Power Sound System with 8 speakers.

Due to offering FWD, the base 2022 RVR ES has a distinct advantage with a starting price of $23,828. Add AWD (starting at $26,328) and the RVR is still less expensive than its sibling. But there's less standard gear, highlighted by heated front seats and the same infotainment screen as the Eclipse Cross.

Also, like the Eclipse Cross, the RVR offers only one engine choice across its five trims: a naturally-aspirated 4-cylinder matched to a CVT. The most expensive RVR, the GT AWC, includes Forward Collision Mitigation, Auto LED high beams, fixed sunroof, leather-appointed seats, and a 710-Watt Rockford Fosgate Punch Audio System with 9 speakers (including a 10-in subwoofer) for $35,118.

How Do the Interiors of the Eclipse Cross and RVR Compare?

In the past, Mitsubishi vehicles have not been celebrated for the quality of their cabin materials. This state of affairs has changed in the 2023 Eclipse Cross SUV. It’s no Audi, but it’s still quite nice. The front seats are comfortable, while drivers should have no problems becoming acclimated to the overall layout of the dashboard. Those sitting in the back have 943 millimetres of legroom, 22 more than in the RVR. The rear seats slide forward and back and split and fold in the time-honoured 60/40 manner. When both rear seats are in place, the luggage area behind them is more than the RVR (663 litres versus 614).

We like the substantial bolstering of the RVR’s front seats and the excellent detailing around the dashboard’s control knobs and switches. The overall quality of the interior is excellent, with colour choices limited to black and gray in the top trim. Another plus: the RVR has actual physical controls for volume and tuning, which makes quick adjustments on the fly easier and safer. Those passengers in the rear seat will also find more headroom and shoulder room here than in the Eclipse Cross.

What Are the Differences Between the Performance and Fuel Economy of the Mitsubishi Siblings?

As mentioned, every 2023 Eclipse Cross has a single engine: a turbocharged 1.5-litre 4-cylinder engine making 152 horsepower and 184 pound-feet of torque. That’s more than the RVR’s engine, yet still modest in the bigger picture. Drive goes to all four wheels through a CVT which is less than enthralling but gets the job done. Despite the presence of a turbocharger, regular 87-octane gasoline is fine.

What Are the Ride and Handling Differences Between the Eclipse Cross and RVR?

Two things stand out as positives when driving the 2023 Eclipse Cross. The suspension is set up for a comfortable ride. And the turbocharged engine delivers its maximum thrust at a reasonably low 2,000 rpm  . This combination of traits is useful in Canadian cities where poorly maintained roads are common and when a driver needs to dive into that gap in the traffic. The steering wheel adjusts for height and reach, which isn’t always the case with vehicles more frequently found at the budget end of the spectrum.

Because the unit-body chassis goes back about a decade, the RVR feels a bit dated compared to its fresher sibling. Nevertheless, we like the solidly built RVR. With the firm suspension, it takes corners confidently, aided by steering and brakes with good feedback. At casual everyday speeds, the CVT is totally unobtrusive, aided by a Sport mode with eight steps. Under hard acceleration, though, the transmission tends to drone a bit—that sensation when engine rpm feels somewhat unrelated to vehicle speed.

Should You Buy a 2023 Mitsubishi Eclipse Cross or a 2022 Mitsubishi RVR?

We must admit that the differences between this pair of Mitsubishi small SUV siblings are few and far between. But there are enough to help buyers make an intelligent purchase decision.

With its more up-to-date interior, larger rear cargo space, and more comfortable ride, the Eclipse Cross is a fine pick if you can afford its higher prices.

However, the older RVR makes a case for itself with its lower price structure, the availability of FWD, larger rear-seat accommodations, and slightly better fuel economy.

One size down from the fullsize EQS SUV, the all-electric alternative to the Mercedes-Benz GLE is more practical than its EQE sedan counterpart.

Which one of this pair of affordable electric cars is the best choice for first-time EV buyers?